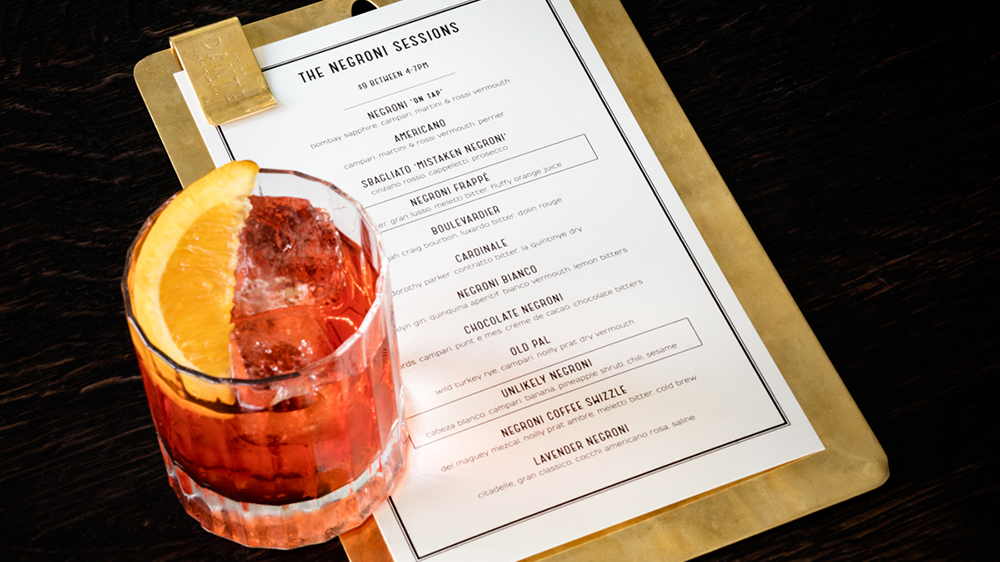 There aren’t a lot of good things that can be said about the Covid-19 crisis, especially in New York City, where panicked residents try to do the impossible and keep six feet away from our fellow New Yorkers while scanning the picked-clean shelves at local supermarkets. I couldn’t have imagined, just a couple of weeks ago, that Grand Central Station and the L train to Brooklyn could be all but deserted at rush hour, or that staying in and avoiding other people would be the weekend activity of choice even among the hippest downtown hipsters. Perhaps the only good thing that’s come of this whole disaster is something that I hope our mayor and governor will allow to stick around when our lives return to something approaching normal. I’m referring, of course, to cocktails-to-go, a smart and sensible attempt to keep New York’s bars and restaurants functioning during the citywide shutdown, not to mention a way of giving Gotham citizens who’ve lost so much else a chance to drink as well as they used to.

Not that I was planning on using cocktails-to-go myself. I have more booze at home than I could hope to drink in a lifetime, and while I’m no bartender, I can follow a recipe reasonably well. In fact, I was just planning to order dinner from the NoMad Restaurant, which had started making its famed chicken dinner available for takeout, and make daiquiris for myself and my wife. But once I saw that a dinner upgrade was available that included bar director Leo Robitschek’s famed Start Me Up cocktail, which had been a staple of the NoMad’s bar menu since it opened in 2012, resistance was futile. I make a pretty good daiquiri, but a Leo Robitschek I am decidedly not.

I live about a 15-minute walk from the NoMad. As I hoofed it over to pick up dinner, the silence was noticeable. Even a week earlier the city had been, if somewhat muted, still recognizably New York. This night—the first one of mandatory closure of bars and restaurants save for pickup or delivery, was almost eerie in its quiet. The streets weren’t quite deserted, but there were blocks on which I’d see two or three people where normally I’d be bumping elbows with dozens of fellow pedestrians. The NoMad itself was deserted, save for the doorman, the concierge and two others waiting for their pickup meals. “Is the hotel still open?” one of them asked the concierge. “Oh yeah, we’re open.”  “Is anyone here?”  “Well… not really.”

After a 10-minute wait my dinner came out—salad, main course, side dish, dessert and of course, cocktails for two, plus complimentary granola, all for about $100—a fraction of what it would cost in the restaurant. Of course, we’d have to wash our own dishes, but that seemed like a fair tradeoff.

The cocktails were at room temperature, in vacuum-sealed baggies emblazoned with a NoMad sticker. To be honest, they looked a little like gravy. But once I poured them into a pair of rocks glasses and added ice, they looked, smelled and tasted exactly like what we’d drink if we were at the bar. The choice of cocktail was a shade ironic for a pandemic where a primary symptom is a cough —the Start Me Up is an alcoholic cure for a sore throat, with ginger, honey and lemon, along with Strega, Jamaican rum and bourbon. It was absolutely delicious. And, as far as I could tell, quite sanitary, although I didn’t think to disinfect the baggies. I did, however, wash my hands for the requisite 20 seconds after disposing of them.

NoMad’s Start Me Up cocktail-to-go is sadly no longer an option.  Tony Sachs

I was sold on cocktails-to-go, especially when a friend sent me a list of participating bars and restaurants and I saw that Middle Branch, one of the best watering holes in town and a mere stone’s throw from my apartment, was in on the action. I texted a friend who also lives nearby and we made plans to meet there—while staying six feet apart at all times, of course. When we got there the place was empty save for bartender Tommy Prieto. He informed me that their social media campaign to let people know they were open had only just begun that afternoon, which accounted for the empty house. He ran with my request for “a spirit-forward rum drink that’s not a Jungle Bird” and made the appropriately named Act of Faith, with blackstrap rum, Jamaican rum, sherry and a full 1/4 ounce of Angostura bitters, with an orange peel garnish. No baggie this time, just a more typical plastic to-go cup, though once I got it into proper glassware at home the vessel didn’t really matter.

One rule of cocktails-to-go established by the city is that food must be purchased with the drinks. While Middle Branch doesn’t exactly serve food under normal circumstances, they did have bar snacks available for purchase, which we gladly bought. While we waited for our drinks, another friend—Georgette Moger-Petraske, coauthor of the bartending tome Regarding Cocktails and wife of the late Sasha Petraske, who opened Middle Branch—stopped in to take out a few mint juleps. We couldn’t get close enough to elbow-bump, let alone hug, and unsure of the legality, we refrained from drinking our cocktails on the premises. But for a little while, we were all at a bar together, with drinks in hand if not in mouth and it was kind of thrilling—as close to old times as we’re likely to get for a while.

Day 3 of Cocktails-To-Go would prove a little more challenging. I’d been meaning to hit Dante, home of the best negronis in town and voted the World’s Best Bar just last year, for ages. So once I found out they were still kicking, I decided it would be my next stop. Only problem was, it was about a 45-minute walk each way from home, and a taxi or the subway had begun to seem much less palatable as the number of coronavirus cases in the city exploded and panic has been growing by the day. Fortunately, a friend whose bubble tea shop was closed for the duration had a convertible, and it happened to be a beautiful day. Whether or not it’s safe to ride in a convertible with two other humans (my friend brought her boyfriend), I’ll leave for the experts to decide. All I can tell you is that we made it there and back with much deliciousness in hand. I scored a couple of classics from their world-class negroni menu to drink that night, served in coffee cups with lids. I also snagged a couple of bottled cocktails (8 oz. each) for future use.

The negronis-to-go from Dante.  Tony Sachs

Unlike Nomad and Middle Branch, Dante was doing bang-up business, with a pretty sizable (and slightly alarming) crowd gathered outside, doing their best to maintain proper social distance. The bar actually ran out of ingredients for the bottled whiskey Old Fashioned; I got the last, half-full one. Customers who hadn’t placed their orders online walked in to do so. The staff was buzzing about inside, filling bags with drinks and food—Dante is also a fine Italian restaurant. The bartender worked fast and efficiently, with to-go cups and bottles standing in for the usual glassware. As each bag was filled, a staffer would bring it outside and call the customer’s name. Even though Dante had only been operating under the new rules for a couple of days, it seemed like they had it down.

On our way back to the car, we passed by The Up & Up, which as it turns out was also open for to-go and delivery drinks. Located in a basement on the other side of MacDougal Street from Dante, they weren’t getting as much traffic. My cohorts bought a couple more cocktails and snacks (chips and cookies), while I settled for a T-shirt. But I’ll be back soon enough for some liquid refreshments.

That’s assuming the already very fluid situation with New York’s bars and restaurants allows it. They’ve already been deemed “essential businesses” and allowed to remain open while nail salons, clothing stores and the like have been forced to shutter. But whether they’ll find it beneficial to remain open, and for how long, is anyone’s guess; the NoMad has, since my takeout experience, closed its bar, restaurant and hotel indefinitely. And as the number of Covid-19 cases in the city climbs and social distancing becomes more imperative, delivery is clearly the best option for now as far as pro-made cocktails are concerned. Thankfully, bartenders—and many of the people who love them—are nothing if not a creative and resourceful bunch. We’ll keep supporting them, whether it’s through cocktails at our doorsteps, donations, virtual happy hours or some yet-to-be-thought of method. The creative juices are flowing, and thankfully, so is the booze.