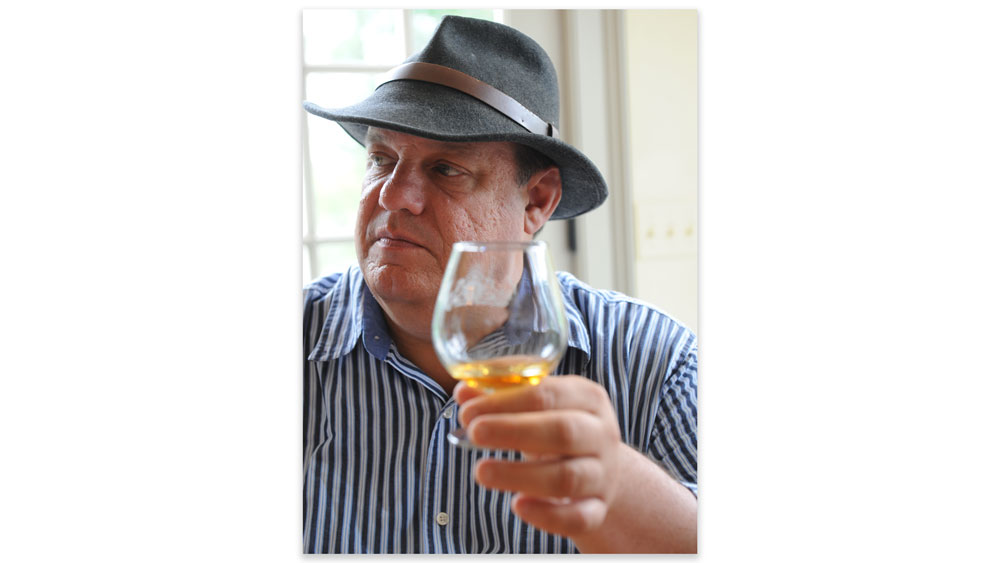 Dave Pickerell spent 14 years making bourbon at industry giant Maker’s Mark before deciding in 2008 to strike out on his own and indulge his passion for straight rye whiskey. At the time, a good many people in and around the industry thought he was crazy. After all, rye hadn’t been in fashion for decades, and bourbon was doing better than ever—but Pickerell did it anyway.

Today, he’s the master distiller at Vermont-based WhistlePig, which was founded by a former contestant on The Apprentice named Raj Peter Bhakta. The brand’s first release in 2010 set whiskey critics the world over stumbling over accolades that still keep coming. In April, WhistlePig’s Boss Hog: The Black Prince was named Best in Show for whiskey at the prestigious San Francisco World Spirits Competition in 2017.

The Boss Hog: The Black Prince was named best in Show for whiskey at the 2017 San Francisco World Spirits Competition.  Courtesy of WhistlePig

As it turns out, Pickerell was on to something, as we found out when we sat down recently to talk to him.

The global economy was tanking in ’08 when you left Maker’s Mark to go make small-batch rye whiskey on your own terms. Did you ever second-guess yourself?

Not for a second. It took longer than I thought to find the right business partner [Bhakta], but my conviction never wavered. It was my belief that rye whiskey was coming back as a trend, not a fad. I knew that we could create a subcategory of rye whiskey over 6 years old, that we could dominate that subcategory and do it with the best rye whiskey in the world. I took some criticism for the lofty nature of my aspirations, but if you aim at nothing, you hit it every time . . . might as well aim high.

What is it about rye you find so appealing?

First of all, I love history, and rye whiskey is inextricably tied to early American history. It was being made—and made well—for more than a century before bourbon was created. Second, I love the character of rye whiskey, especially Monongahela rye [rye whiskey with no corn in the mash bill]. It can be bold and spicy, full-bodied, and versatile. And most classic American whiskey cocktails were originally created using rye.

After Boss Hog: The Black Prince was named Best in Show in San Francisco, Bhakta told Robb Report, “Scotland doesn’t see us coming. I see the sun setting on their single-malt empire and a very rapid rise for the Americans, particularly in rye, with WhistlePig leading the charge.” So is he right? Should the folks in Speyside be worried?

Raj is definitely one for the dramatic quote! We do have aspirations of being America’s grown-up, go-to whiskey. What I mean by that is when people who are drinking bourbon start looking for something with more character, we want to be there for them as an alternative to scotch. It’s also hard to deny the numbers—American whiskey is on the rise, and rye whiskey [in percentage year-on-year growth rate] is the fastest-growing subcategory.

The Black Prince is finished in Armagnac barrels, which is unusual. Why did you decide to do that, and what does the Armagnac wood bring to the whiskey?

We did it for a number of reasons. First, we want each Boss Hog release to be distinctly different from every other release. We are always searching for nontraditional finishing barrels, and when the Armagnac barrels became available, it was hard not to jump at that opportunity. I also have a very dear friend in Oakland, Calif., Jane Hurley, who has quite a collection of very nice Armagnac bottles. After tasting through several one evening, I was convinced that Armagnac was a great choice.

A whistle-pig is another term for a groundhog, right?

It depends where you are. In western Pennsylvania, it’s the nickname for a groundhog. In the mountain west, that’s what they call prairie dogs. They call them that because when you whistle at them, they pop up and look at you. However, since most people don’t know what a whistle-pig is, we decided to co-opt the definition and say that a WhistlePig is anyone who enjoys the finer things in life.

So do you celebrate Groundhog Day or WhistlePig Day?

WhistlePig day, of course! And I do so with a nice dram of Boss Hog—rain or shine.