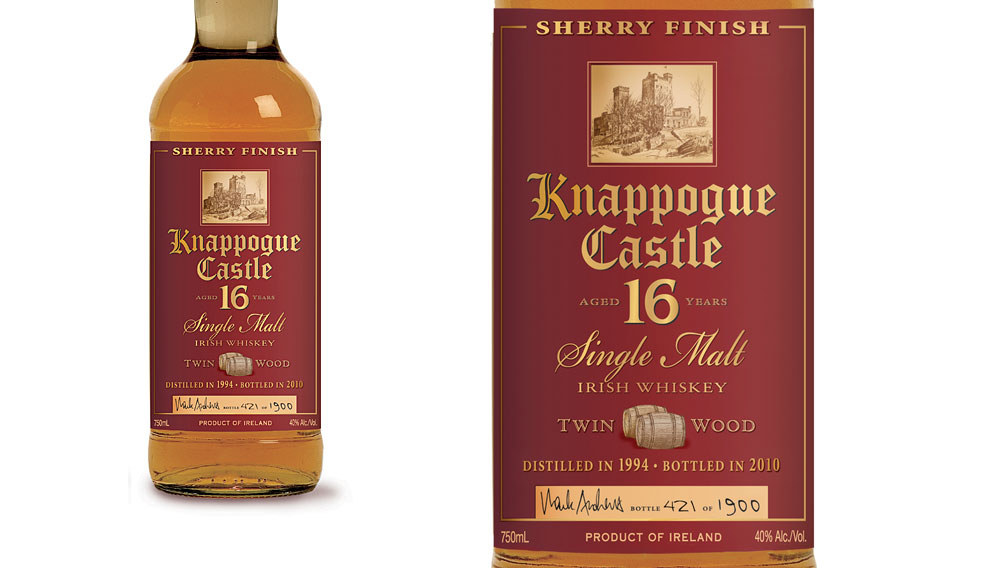 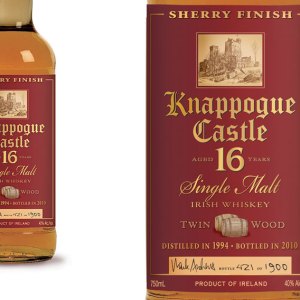 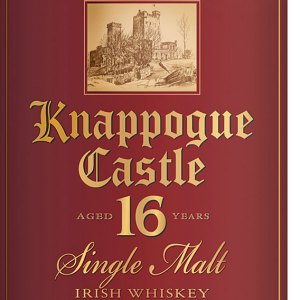 In 1951, Mark Andrews, creator of Knappogue Castle single-malt Irish whiskey, decided to age some of his best spirits in Spanish sherry barrels instead of traditional American oak. Thirty-six years later, Knappogue Castle 1951 was bottled as an extremely limited offering. Today only a few bottles remain, and they are available only by special order for $1,800 each.  However, to celebrate the 60th anniversary of his father’s bottling, Mark Andrews III has produced Knappogue Castle 16 Year Old Sherry Cask Finished Irish Single Malt ($100), more simply known as Twin Wood.

After being distilled in 1994, for the first 15 years and three months of its life, Twin Wood had gently aged in ex-bourbon barrels. Then it spent the next nine months in oloroso sherry butts, a much more intense maturation process due to the headier effect of the sherry-soaked oak staves. Finally bottled in 2010, the result is a 16-year-old Irish whiskey with a slight amber tinge to its golden hue, and a much more prominent taste. Triple distilled, Knappogue Castle’s characteristically smooth, mellow flavor is enhanced by the nutty sherried nuances of yeasty oak, apples, and olives. Only 1,900 signed and numbered bottles are being offered, making this an Irish whiskey as individualistic as the 1951 vintage it celebrates. (646.356.0200, www.castlebrandsinc.com)