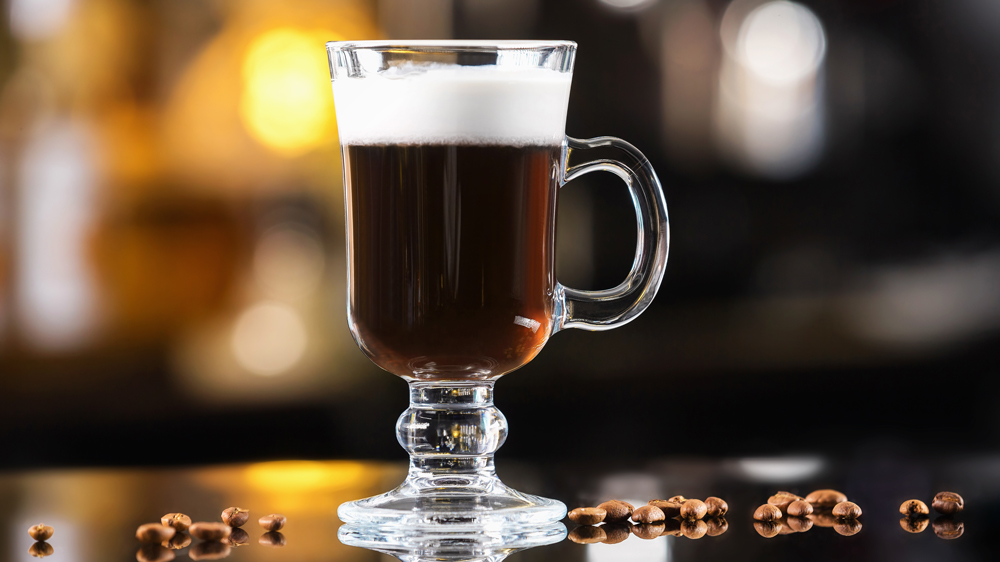 On the Northeast corner of the peninsula, about a mile west from the noisy sea lions and narrative capitalism of Pier 39, is a San Francisco institution called The Buena Vista.

The Buena Vista is a restaurant. Been there forever. The inside is warm, old wood everything, cozy without being small and with fixtures so worn over their decades of service that their imperfections read as charm. It’s always packed, morning to night, and I’ll tell you now their popularity isn’t because of the food. Nor is it, despite their name, for the view—you can actually see a bit of the bay from the large windows that panel the bar’s northern wall, but the defining feature of the vista is the traffic on Beach St. And while you might catch a bartender in a good mood, the service is mostly that kind of brisk professionalism you experience in airports and tourist traps and every other place where they know they’ll always be busy no matter how they treat you.

No, the reason tourists and locals alike move through the Buena Vista like Macy’s at Christmas is the same reason the white sleeves of the bartenders are stained brown to the elbow: They have, for the last 70 or so years, served quickly and in great quantities what is widely understood as the best Irish Coffee in the world.

If you’ve not had the pleasure, I’d expect a small glimmer of skepticism to now be pulsing in the back of your brain. San Francisco always seems to be patting itself on the back for one thing or another, but the best Irish Coffee? Irish Coffees are easy. You yourself have probably made one that you thought was pretty great. This might have led you to believe that they can only get so good and that there’s really not much to it. You’d be wrong.

It is true that a good Irish Coffee is within reach to everyone, but it is also true that pushing the cocktail to be its best self involves a specific series of steps that, according to lore, were perfected by a bartender at Ireland’s Shannon International Airport and given to travel writer Stanton Delaplane, who came home to San Francisco to offer it to the Buena Vista in 1952.

The recipe is simple, as you’d imagine. The craziest thing about it is that the perfect Irish Coffee is almost entirely about technique. The ingredients really don’t matter that much. An Irish Coffee is: Coffee (obviously), Irish whiskey (again, obviously), sugar, and heavy cream. At the Buena Vista they use a local coffee wholesaler, Tullamore D.E.W. whiskey, with bleached white C&H sugar cubes and grocery store cream. There’s nothing exceptional about any of that, and yet, put together, the Buena Vista Irish Coffee is exceptional, the whole so much greater than the sum of its parts that they’re barely in the same zip code, all because of these three steps:

There’s nothing quite like being there, of course, and they seem to know it: My favorite part about the Buena Vista is that while their entire empire is based on their Irish Coffee—they sold about 2,000 a day before the pandemic—they’ll happily give the recipe to anyone who asks, a kind of convivial magnanimity that feels like old San Francisco. Making them at home intensifies, rather than replaces, the urge to go. Try it at home, and then add it to the long list of things to do, once doing things is back.

Built for a 6 oz. glass. Scale up as needed.

Whisk or shake unsweetened heavy cream until it is gravy-thick but still pourable (if you have one of those whisk-balls for protein shakes, that works particularly well). Pre-heat glass with hot water. Empty water and add the sugar and coffee to the glass, then stir to dissolve sugar. Add whiskey, then gently layer the cream on top of the liquid (you can use a spoon to layer, but if the cream is semi-whipped it won’t be necessary). Take a sip through the cold cream, and shake your first once again at San Francisco for having so much cool shit.

Irish Whiskey: As mentioned, they use Tullamore D.E.W. at The Buena Vista, and that is an excellent choice. Irish whiskey is mild by nature, and this is one of its ideal instantiations. Jameson, Bushmills, Slaine, Proper No. 12, and really any other entry-level Irish whiskey are all going to be excellent. The fuller, richer ones like Redbreast 12 or the Busker Single Malt that I prefer sipping neat have a little too much body for this drink—it would still taste good, but the Irish Coffee really shines with the mild blend of the basic set.

Coffee: If you’re making this for yourself, use whatever coffee you like to drink most. If I were maximizing this for serving a larger group of people, though, I’d reach for a medium roast blend, something like Kona or South American. Avoid coffee that’s got the ashiness of too dark a roast or the sourness of too light.

Sugar: Instincts might pull toward a richer sugar like demerara, turbinado or even brown sugar, but in side-by-side comparisons, white sugar allows more brightness from the overall drink to shine through. Coffee doesn’t need any help being dark and rich, use simple white sugar for best effect. Sugar cubes are actually an excellent choice.

Heavy Cream: I realize whipping the cream is annoying, but it’s not that hard and it really makes the drink. It must be unsweetened, which is why it’s cheating it get it out of a can. The quality of the cream will depend on its age and freshness—I’m sure some local farmers market stuff would be incredible, but as mentioned, you could buy it at 7/11 and it would still work great here.