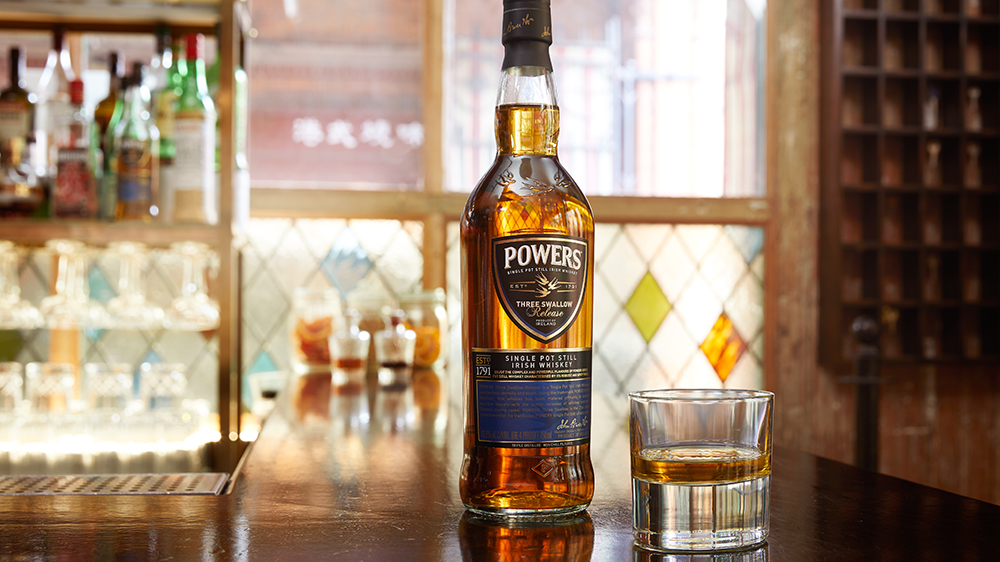 In their exhaustively researched new tome From Barley to Blarney: A Whiskey Lover’s Guide to Ireland, authors Sean Muldoon and Jack McGarry (who moonlight as the proprietors of The Dead Rabbit Grocery and Grog in New York City) along with Tim Herlihy and Conor Kelly begin by pointing out that Irish whiskey has gone from near oblivion in the latter part of the 20th century to being one of the fastest growing spirits categories in the world today. That means far more options than ever for celebrating St. Paddy’s Day; and woe unto those, the authors warn, who mislabel the occasion St. Patty’s… that’s a holy hamburger, not a holiday. Now that the greenest and grog-iest of annual holidays is upon us, here are five new Irish whiskies with which to say “slainte!” on March 17.

In the 1960s, Texas native Mark Edwin Andrews II bought and restored a 15th century castle in western Ireland. An avid whiskey-phile, Andrews set about purchasing casks directly from distillers, then bottling the whiskies under the name Knappogue Castle. His son would later commercially launch the whiskey under the same name. The 1951 expression ($1,600) was triple distilled in copper pot stills and spent 36 years resting in Oloroso sherry casks before being bottled in 1987, making it one of the oldest single malt Irish whiskies in the world. The nose is rich with notes of honey, ripe plum, and cereal grains. The spirit is sweet on the palate up front, with a sharp coppery texture in the middle. The finish is lengthy and chewy, with a hint of chicory.

The authors of From Barley to Blarney call the newly reopened Jameson Distillery Bow Street in Dublin “an extraordinary immersive experience for everyone interested in the wonders of uisce beatha.” The same can be said for Jameson’s 18 Years Cask Strength ($270), an intense and elaborate uisce beatha presented at 110.6 proof without the use of chill filtration. The flavor profile is nearly identical to the original Jameson 18 Years, which was first released in 2003 and weighs in at 80 proof. The key difference being the extra 30-plus-proof-oomph, which translates into a more heat, density, and savory notes. And what self-respecting Irishman (or Irish-for-a-day man or woman) doesn’t appreciate a little extra oomph on St. Paddy’s Day?

For those who value exclusivity, behold the only single malt Irish whiskey matured entirely in Pedro Ximénez sherry casks. And speaking of value, at $50 Egan’s Fortitude ($50) is an absolute steal. It drinks like a whiskey for which one might expect to pay four or five times as much. The sherry cask influence reveals itself at first whiff, with prominent notes of honey, raisin, and marzipan. The mouth is a tantalizing tangle of tastes, highlighted by chocolate and dried fruits.

As the authors of From Barley to Blarney point out, the history of Midleton Distillery in County Cork “could fill an entire bookshelf and still not exhaust the subject.” You are hereby encouraged to further explore the topic. For now, suffice to say that when the Irish whiskey business was at its nadir toward the end of the 1960s, the Midleton Distillery helped save two iconic brands, Jameson and Powers. Three Swallow ($48) is a modern representation of what the latter whiskey tasted like back in those days—rich, smooth, nutty flavors followed by a wave of citrus notes. The finish is replete with cereal and toasted oak notes.

Kilbeggan is Ireland’s oldest continually licensed distillery, and Small Batch Rye is the first whiskey to come out of that facility since its restoration was completed in 2010. Some history: back in the late-1800s, many Irish distillers used rye in their mashes. However, this spicy grain all but vanished from the category around the time of Prohibition and the Irish War of Independence. Now its comeback time. Kilbeggan Small Batch Rye ($35) looks, smells and tastes an awful lot like a pot still Irish whiskey, but technically it isn’t. By law, whiskey labeled “pot still” must be produced from a mashbill made up primarily of malted and unmalted barley, with no more than five percent of any other cereal. At 30 percent rye, this one’s over the limit.