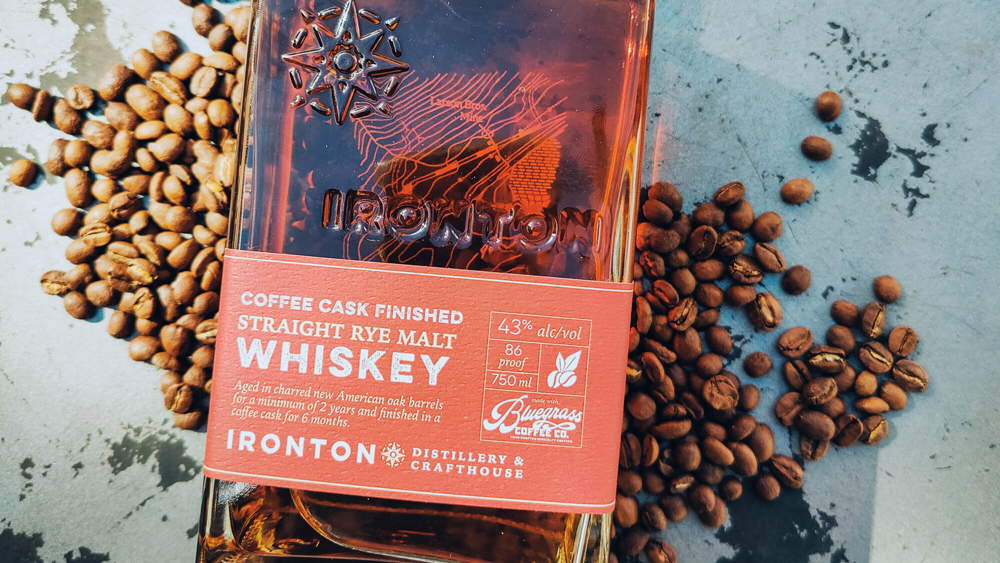 You’ve probably enjoyed a little whiskey in your coffee before, especially if you’re a fan of the classic Irish Coffee. But have you ever put coffee in your whiskey? If that combination sounds intriguing, this Denver distillery has a new malted rye whiskey that you might want to give a try.

Ironton Distillery & Crafthouse is named after the neighborhood in Denver in which it’s located which was called the Ironton Addition in the 1800s and is now known as the RiNo Arts District. The team at the distillery makes rum, aquavit, gin and, of course, whiskey, including bourbon and different types of malt whiskey. This new release falls into that latter category—specifically a malted rye whiskey. This means that the rye grain was treated in the same way that barley is for single malt scotch, where it is allowed to germinate before being heated and dried to stop the process.

The new Coffee Cask Finished Straight Rye Malt Whiskey is made from a mash bill of pale and chocolate rye grown in Colorado along with some barley to add a touch of fruitiness to counter the spice according to the distillery. After initially aging in 53-gallon new charred oak barrels, the whiskey is dumped into some special casks for a secondary maturation period. The distillery gave one used barrel to Colorado small-batch coffee roaster Bluegrass Coffee Co. to age its coffee beans and cold crew coffee so it would pick up some oak and whiskey flavors. Then the barrel was returned to the distillery for this third and final use, in which it was once again filled with the rye malt whiskey. The resulting yield was just 300 bottles, and according to the official tasting notes java and vanilla flavors intermingle with the bittersweet palate of the whiskey, making this a good option for mixing or sipping.

The worlds of coffee and whiskey have met before, with releases like FEW Spirits‘ Cold Cut Bourbon (cut to proof with cold brew coffee) and Jameson Cold Brew Irish Whiskey. But this might be the first time a malted rye whiskey has received a caffeinated jolt. You can find a bottle (SRP $65) now at the distillery or in liquor stores around the state.