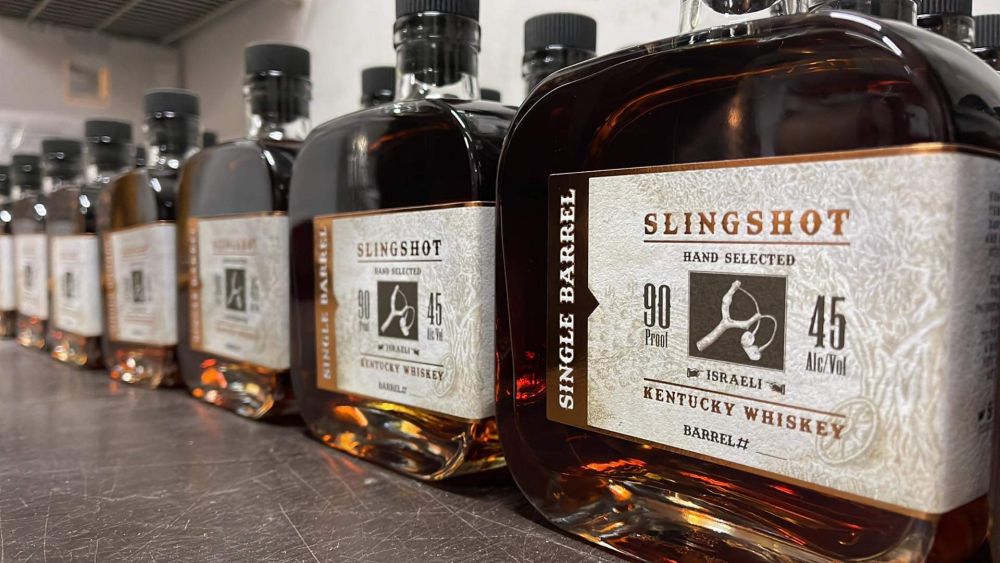 Israel’s Legends Distillery is making something that it calls “Kentucky whiskey,” but what exactly does that mean? We had a chance to speak with master distiller and cofounder Noam Cohen to find out more about the whiskey and just how something made in Israel can claim this name.

The whiskey in question is called Slingshot, named after David’s weapon of choice to defeat Goliath in the Ella Valley where Legends Distillery is located. Cohen told Robb Report that the debate over the categorization of his product as Kentucky whiskey came as no surprise. “We’re not allowed to call ourselves a bourbon,” he said. “We’re not made in the US and we age our spirit in used Cabernet barrels from local kosher wineries. But we do conform to a bourbon profile.” What he means by that last point is that the mash bill consists of around 60 percent corn, with wheat and barley making up the rest, much like a wheated bourbon. And he says the flavor profile has some striking similarities to bourbon.

What Cohen did not want to do was to make another copy of scotch, which he believes other Israeli distilleries are doing. But marketing this particular whiskey in the Middle East presented some challenges. “Obviously, you can’t say bourbon,” he said. “But if we’re giving tastings, we introduce ourselves as Israel’s first bourbon because it has a bourbon profile. But you won’t find the word bourbon anywhere on our label… We decided the best way to [market it] is to call it Kentucky whiskey.”

Most people know that the term “bourbon” is legally defined and protected (specifically under US law by Title 27 of the Code of Federal Regulations). But the term “Kentucky whiskey” has a specific definition as well. In 2017, House Bill 100 was passed, stating that Kentucky whiskey must be made “from grains which are cooked, fermented and distilled in Kentucky” and aged in barrels for at least one year. Suffice it to say Slingshot does not meet these requirements.

American whiskey fans are very protective of their category, and appreciate the strict definition that keeps bourbon in particular from being adulterated with color or flavor. So it’s not far fetched to assume that whiskey Twitter will have a field day with this.

But Cohen said that, as far as he’s concerned, there’s no such thing as bad publicity. “We’ve gotten thousands of people commenting and that’s fine by me as long as people are talking about it,” he told Robb Report. “But the fact is I’m not interested in spending time trying to figure out the minutia of every little detail of the law.” Nevertheless, he said the label will change over the next month or so to say “corn mash Israeli whiskey,” a much more accurate descriptor.

The first bottling of Slingshot arrived last winter, aged between two and two and a half years. Cohen noted that the climate in Israel accelerates maturation, making that time period the equivalent of five to six years in Kentucky. There are three different expressions available: Small Batch, Single Barrel and Barrel Proof. For now the whiskey is only available in Israel and for purchase online, but the plan is to bring it to the US soon… although maybe not Kentucky.