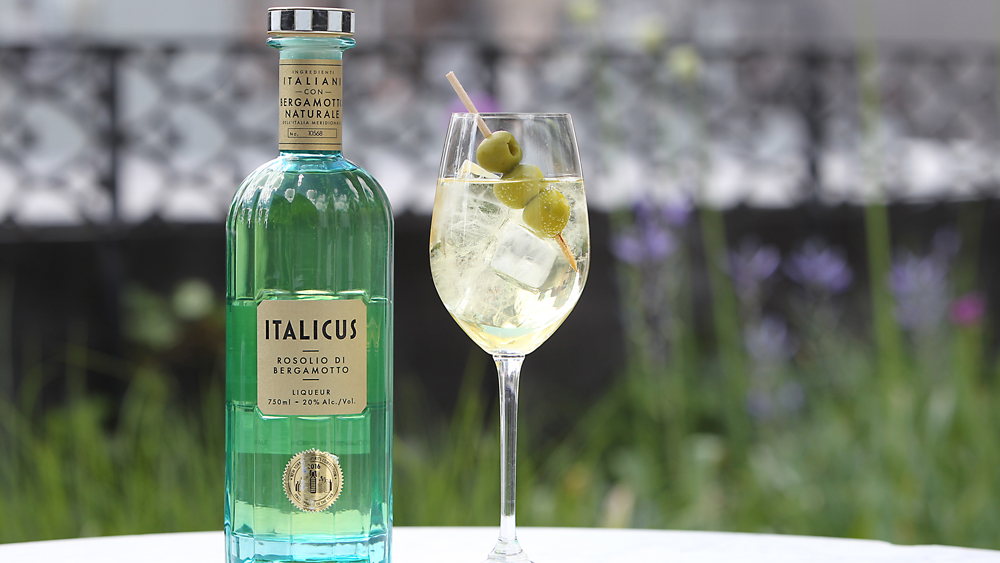 Salerno native Giuseppe Gallo (no relation to the dynastic wine clan) began his impressive career in the drinks business behind the stick at a London taproom. Following a stint as a bar supervisor with the Morgans Hotel Group, he worked as a global brand ambassador for over a decade, first with Martini, then Bacardi. In 2014, Gallo was crowned Best International Brand Ambassador at Tales of the Cocktail’s prestigious Spirited Awards in New Orleans. Then, in the spirit of many a cocktail rock star before him, Giuseppe decided to go solo.

He called upon his bar smarts and an old family recipe to create Italicus Rosolio di Bergamotto ($45), a light and refreshing citrus liqueur that revives one of Italy’s original aperitivos. In the 1500s, Rosolio was the elixir of choice of Catherine de Medici and the royal court in Torino. For hundreds of years it was one of the most popular drinks across Italy. In the 19th century, however, King Vittorio Amedeo III, a vermouth aficionado, banned Rosolio. From then on, the liqueur was kept alive by families who made it at home on the down-low… families like the Gallos.

Italicus—the Latin word for “Italian”—is made with fresh Calabrian bergamot oranges and Sicilian citrons that are gently pressed in cold water to release their natural oils (an age-old process called sfumatura). Chamomile, lavender, and other botanicals are added, and the mixture is fortified with neutral grain spirit and beet sugar. It’s bottled at 20 percent alcohol. Citrusy, floral, and ever so slightly bitter, Italicus is best enjoyed with equal parts prosecco over ice.