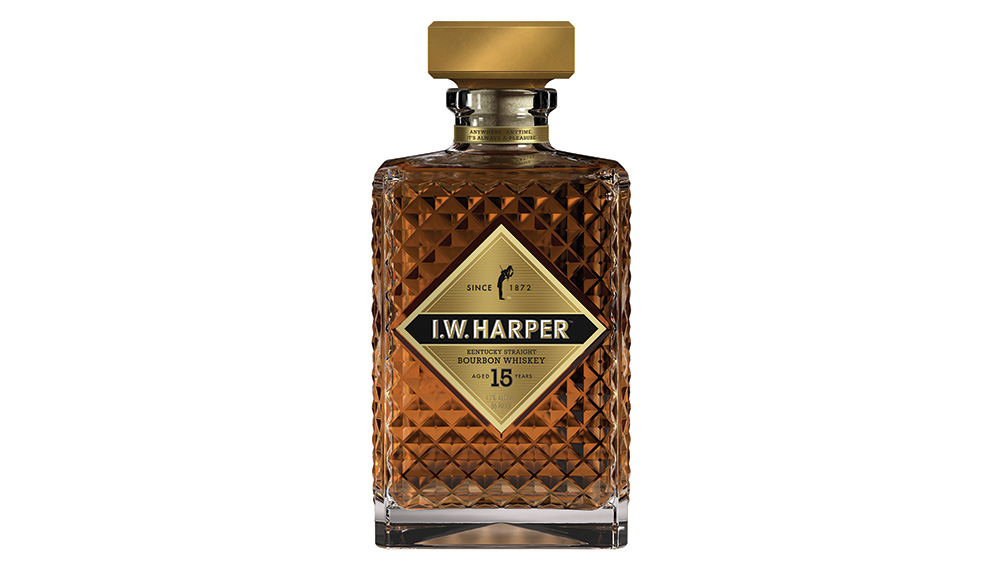 The elegantly retro, diamond-faceted decanter of I.W. Harper 15 Year Old Kentucky Straight Bourbon looks as if it has just been beamed into the 21st century from the 1920s, and with good reason: It marks the return of one of America’s most iconic Kentucky bourbons from the pre- and post-Prohibition eras. I.W. Harper was created in 1879 by brothers Isaac Wolfe (hence the “I.W.”) and Bernard Bernheim and won its first gold medal in 1885. By the early part of the 20th century it had become a top-tier brand, but after Prohibition it was gradually overshadowed by other whiskeys and had disappeared from U.S. liquor-store shelves by the mid-1990s. However, during its stateside decline, it was still available overseas and became a top-selling bourbon in Japan.

Now, fueled by America’s current bourbon craze (and its accompanying shortages), I.W. Harper is back. The I.W. Harper 15 Year Old Kentucky Straight Bourbon ($75 per 750 mL bottle) was distilled at the Bernheim Distillery, historically located at 17th and Breckinridge in Louisville, Ky., while owned and operated by United Distillers. It was aged at the Stitzel-Weller Distillery in Louisville, and then hand-bottled in Tullahoma, Tenn. With a mash bill of 86 percent corn, 6 percent rye, and 8 percent barley, this very limited edition is brimming with rich vanilla, black cherries, and raisins, with just a gentle whiff of smoke. (iwharper.com)