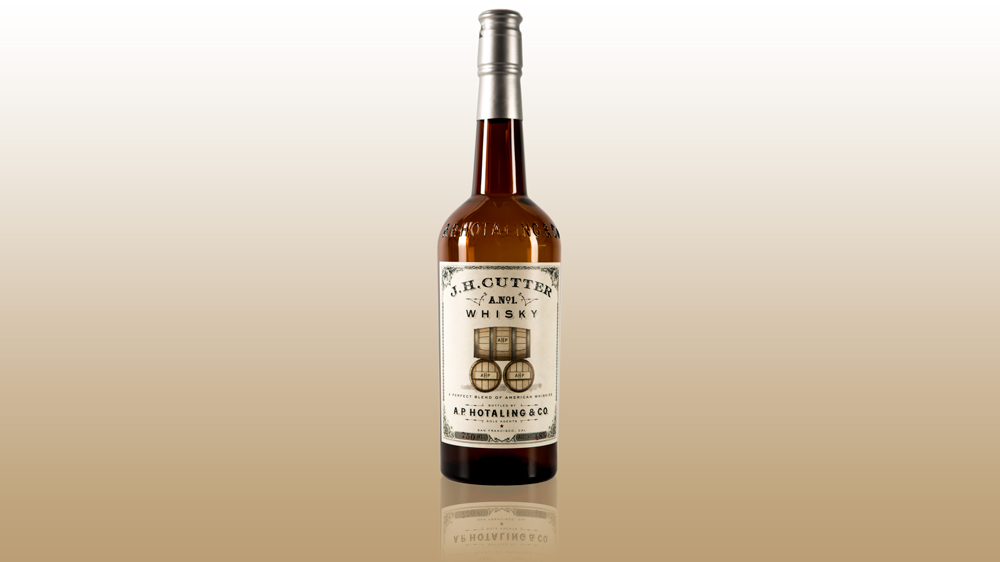 The newest spirit from San Francisco’s Hotaling & Co. importer and distiller—J.H. Cutter Whisky—manages to fold in so many symbolic twists and turns from the city’s rich whiskey history that it’s hard to keep track of them all. Think of it as the Lombard Street of brown liquors.

In the late 1800s, the company’s namesake, A.P. Hotaling, was the West’s preeminent man of whiskey, his name gaining almost mythical status when his Jackson Street warehouse—and the beverages it housed—survived the 1906 earthquake and fire. J.H. Cutter was Hotaling’s most celebrated American whiskey, commanding the whopping price (at the time) of $5 a bottle.

The J.H. Cutter that Hotaling & Co. has created in 2018 ($50 now)—dubbed “whisky” in honor of the spelling of choice in the 1800s—is a reprisal of the original, featuring a blend of American whiskies: 73 percent Kentucky bourbon, 17 percent Old Potrero 18th Century–style rye, and 10 percent Old Potrero Port finish rye. It opens with appealing spiced caramel and then reveals the complexities of those components on the palate, with distinctive rye notes layered under a smoother bourbon and sweet fruit character.

Old Potrero, of course, is another wrinkle in the historical references here. Hotaling & Co. is the new(ish) incarnation of Anchor Distilling Company, established by modern-day Western man of spirits Fritz Maytag in 1993. As the story goes, he realized, amazingly, that no legal pot-distilled whiskeys had yet been made since Prohibition, so he created Old Potrero, credited as America’s first post-Prohibition craft whiskey.

The new J.H. Cutter Whisky joins a large collection of craft spirits under Hotaling & Co.’s substantial distilling and importing umbrella, which comprises more than 300 products from 23 countries. J.H. Cutter, though, is an anniversary toast of sorts—a nod to the distiller’s 25 years of fueling San Francisco’s still-vibrant spirits culture.