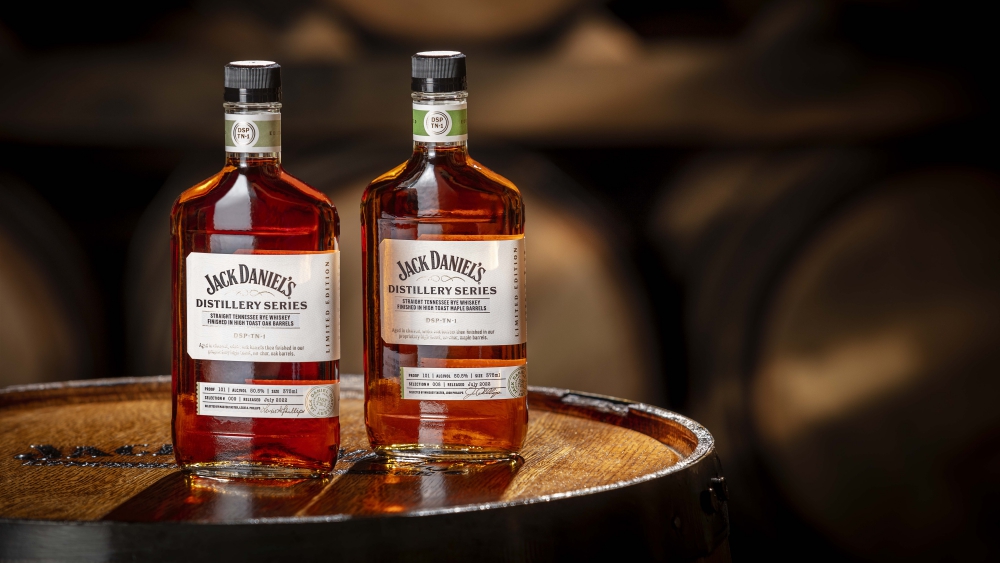 Jack Daniel’s has gone well beyond its classic Old No. 7 Tennessee whiskey over the past few years, releasing excellent new expressions that are innovative in flavor, maturation and style. Sure, dedicated Jack fan Frank Sinatra might not have been into these new whiskeys, but he had a thing for doing it his way.

The latest release is a duo of whiskeys that are part of the experimental Distillery Series, which used to be called the Tennessee Tasters’ Selection. These are still only available at the distillery and in Tennessee stores, however, but should you find yourself in the state consider picking up a bottle. Each was specially selected by an important wife and husband team at the distillery—assistant distiller Lexie Phillips and taster Josh Phillips.

“At Jack Daniel’s, we take pride in controlling every aspect of the whiskey-making process, from cultivating our own yeast to crafting our own barrels,” said master distiller Chris Fletcher in a prepared statement. “Having the Jack Daniel Cooperage gives us an unmatched ability to experiment with specifications to see how different materials and techniques can impart new flavors and aromas. These two barrel-finished rye whiskeys are a result of that experimentation process, and we think they stand out as truly unique offerings that reflect the spirit of craft and innovation we have here at the Jack Daniel Distillery.”

But that’s not all in the world of Jack news. For the first time ever, the distillery will release an American single malt whiskey made from 100 percent malted barley, matured in new American oak for five years with a secondary finish in Oloroso sherry casks for nearly three more years. If that reminds you of a scotch, there’s a reason for that—according to the UK brand ambassador, Cam Dawson, this is a nod to the world of Scottish single malts. This whiskey will only be available in travel retail, however, and it won’t arrive until June of 2023 with an SRP of $100.

Surely, there’s more to come from Jack, as each year seems to bring new limited-editions and special releases. But let’s not get ahead of ourselves, this is a lot to chew on (well, sip on) for the time being.