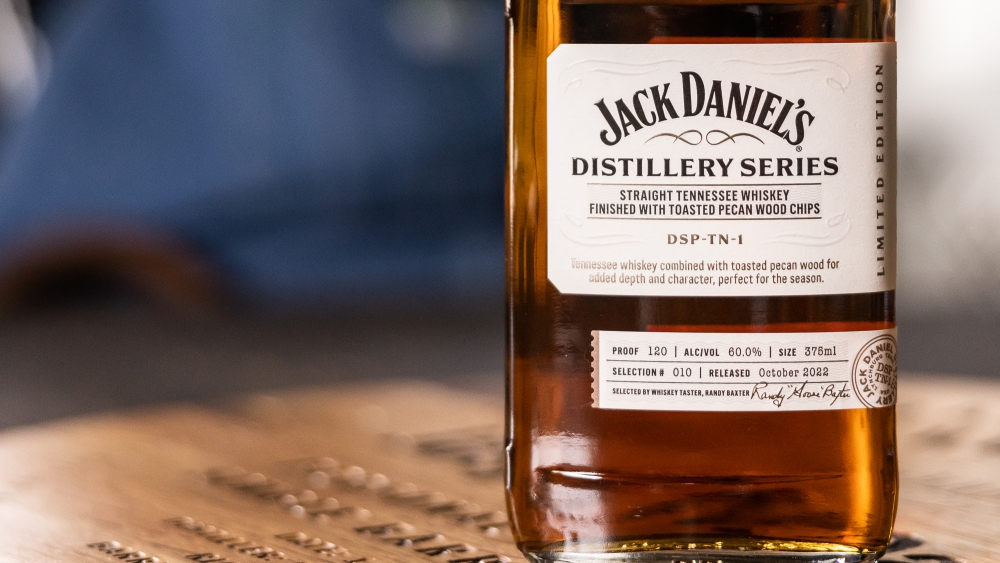 Jack Daniel’s could just sit back and watch the money roll in from sales of its classic Old No. 7 Tennessee Whiskey, which happens to be one of the most popular spirits in the world. But the folks at the distillery have been going the extra mile over the past few years and coming up with some interesting limited-edition releases for the whiskey nerds and spirits-curious, including the most recent bottle in the Distillery Series.

Jack Daniel’s Distillery Series selection #10 isn’t widely available—you’ll have to travel to the distillery’s White Rabbit Bottle Shop or select retailers in Tennessee to find a bottle. But this whiskey sounds intriguing, so you might want to give it a try if you’re in the neighborhood. It was selected by employee, and definitely not Top Gun character, Randy “Goose” Baxter, who had this to say about it: “What I love about this whiskey is the warmth and complexity it brings to the palate. It has the Jack Daniel’s character we know and love while bringing a touch of richness perfect for this time of year. Jack Daniel’s has been part of my life for more than 42 years, and it’s an absolute honor to have my name on a bottle next to Jack’s.”

The whiskey in question is a straight Tennessee whiskey, meaning it’s been through the Lincoln County process of being filtered through charcoal prior to barreling, that’s been finished with toasted pecan wood chips. It was bottled at a high 120 proof in smaller 375-ml bottles. “[The Distillery Series] line gives us the opportunity to innovate and experiment across all stages of our whiskey making process, and I’m proud of every selection we’ve made since it launched,” said master distiller Chris Fletcher in a statement, also providing some tasting notes. “This expression is perfect for the holidays with notes of warm brown sugar, light savory nuttiness, and toasted oak with lingering hints of dried fruits and a touch of caramel. This release was specially selected by Goose, and it’s only fitting to have a whiskey as unique and full of character as this Lynchburg legend.”

Jack Daniel’s has also been in the news recently for a very different reason. On Monday, the Supreme Court agreed to hear a case the distillery brought against VIP Products, a company that makes dog toys that look like Old No. 7 bottles as part of its Bad Spaniels line. These canine chewables have things written on them like “The Old No. 2 on Your Tennessee Carpet” and, less cleverly, “43 percent Poo by Vol.” While Jack Daniel’s is arguing this is trademark infringement, VIP Products is countering that the distillery has no sense of humor. We’ll have to wait till early summer to see what verdict the court hands down, but it’s safe to say Jack will be barking mad until then.