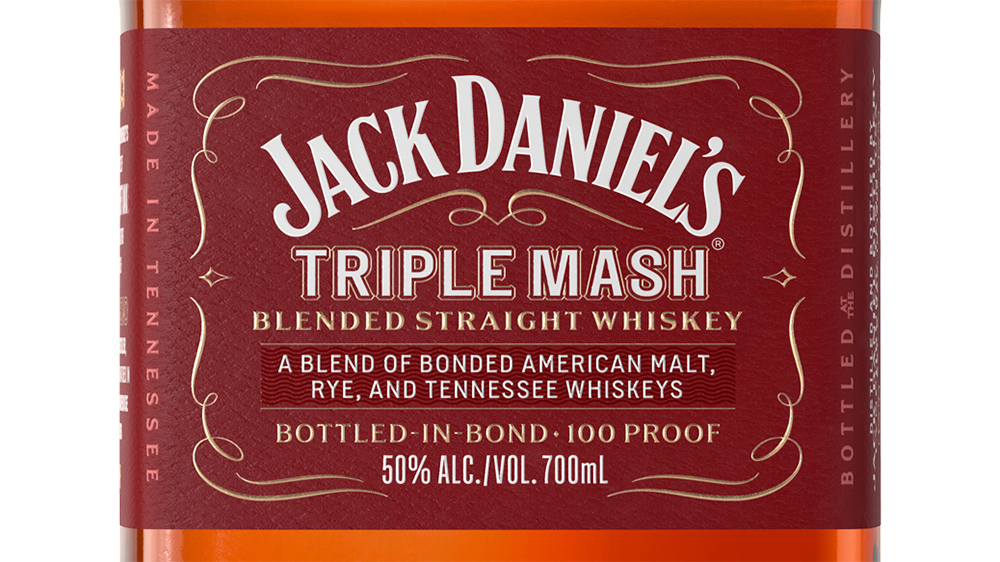 The bottled-in-bond category has been expanding over the past few years, with major distilleries entering the fray alongside craft operations that finally have whiskey old enough to qualify. And now Tennessee distillery Jack Daniel’s, one of the best-selling whiskey brands in the entire world, has its own bottled-in-bond whiskey (two, actually).

For those who are unfamiliar, here are the basics of what bottled-in-bond means: the whiskey must be at least four years old, bottled at 100 proof, aged in a federally bonded warehouse, and be the product of one distillery and one distilling season.

When the Bottled in Bond Act was first passed in 1897, there was a good reason for it—whiskey was often adulterated with additives and other unsavory things that you probably wouldn’t want to actually consume by unscrupulous producers. So when a whiskey was marked as BIB, you could at least be assured that it wasn’t colored with shoe shine or flavored with leather straps. Nowadays, there are some who consider the BIB designation as more of a marketing gimmick than a useful indicator, given how strictly regulated alcohol is here in the US. But it still does have meaning, particularly for small distilleries who at long last have whiskey that’s more than four years old instead of rushing to bottle it at half that age. It’s also comparable to vintage, because what’s in the bottle must come from one distilling season.

Jack just released the first two expressions in its Bonded Series: Jack Daniel’s Bonded, a BIB Tennessee whiskey, and Triple Mash Bottled-in-Bond, the focus of this taste test. The regular Bonded is basically a higher proof version of Old No. 7, made with the distillery’s tried and true 80 percent corn, 12 percent malted barley and 8 percent rye mash bill. The Triple Mash, on the other hand, is where things get a bit more interesting. This is a blend of three-component whiskeys, all distilled at the Lynchburg, Tenn. distillery—60 percent Jack Daniel’s Tennessee Rye, 20 percent Jack Daniel’s Tennessee Whiskey and 20 percent Jack Daniel’s American Malt. Jack has had a rye whiskey expression for a few years now, but I did not realize they were making malt whiskey, let alone 100 percent malt whiskey. And though the Alcohol and Tobacco Tax and Trade Bureau hasn’t yet set a definition for American single malts, I believe this component whiskey would meet the criteria.

This is an intriguing whiskey, still very recognizably Jack Daniel’s with some other elements on the palate that are less familiar. There is sweet banana and custard on the nose, along with a bit of baking spice. The palate is a bit more complex than regular Jack, or at least strays farther afield than what you’re used to. That trademark banana bread is present, along with some tannic spice, brandied cherry, leather wallet and bitter cocoa powder notes, followed by a pleasantly hot finish.

Whatever you think about Old No. 7, and I’m not one who pours that particular whiskey very often, Jack Daniel’s has consistently released some interesting expressions over the past few years. Single Barrel is usually very good (the Coy Hill release was probably the highest proof whiskey I’ve ever tried, for better or worse), the 10-Year-Old was one of my favorites of the past year, and the Tennessee Tasters series has had some welcome surprises. There’s no real reason a behemoth like Jack needs to keep making these comparably experimental whiskeys given its massive sales, but I appreciate the push to appeal to whiskey drinkers who probably don’t normally drink Jack. Triple Mash might not be an everyday pour for me, but it’s certainly an interesting one to try.