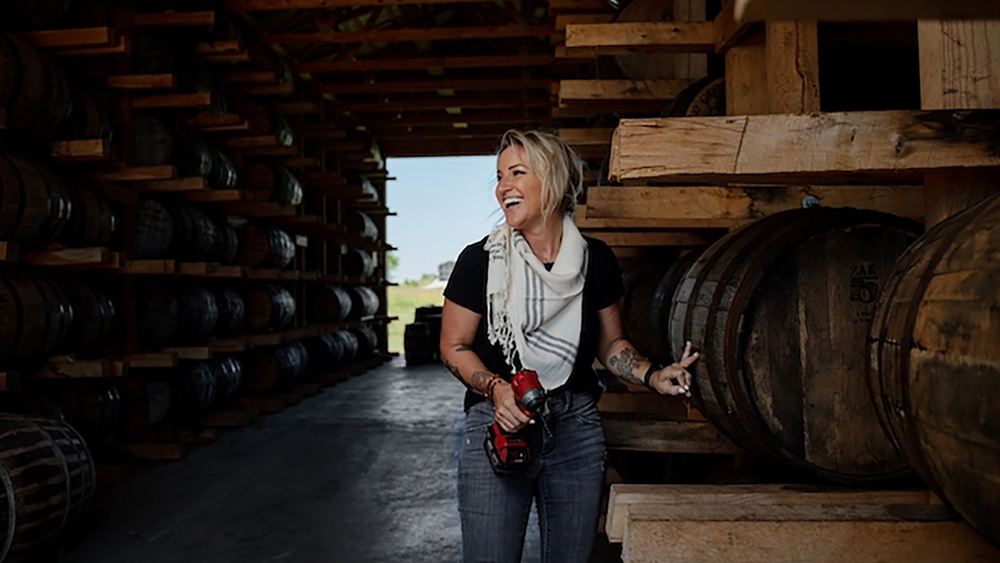 A few weeks ago, it was announced that Old Forester master taster Jackie Zykan had left the distillery, but it was not clear exactly why. But this week, it was revealed that she is starting her own new whiskey brand called Hidden Barn along with business partners from Denver’s 5280 Whiskey Society and Kentucky’s Neeley Family Distillery.

The job title “master taster” might not be one you hear very often, but it was an important one at Old Forester, a brand that has been around for about 150 years and is part of the Brown-Forman company. Old Forester is known for making affordable bourbon and rye, as well as unicorn bottles like Birthday Bourbon. Zykan started out managing the Old Forester single barrel program, but was promoted to master taster based on, of course, her incredible palate. In other words, she’s a supertaster and can pinpoint flavors and notes that others might not be able to. She also has the honor of being the first woman to have her name on an Old Forester label, the 117 Series, for which she selected barrels.

The scale at which she will be operating now will be a far cry from what she did at Old Forester, going from blending hundreds of barrels to just a few at a time, but that seems to suit her well. There are a few whiskeys currently in the works that will be available only in Kentucky and Colorado upon release, and the focus will remain on one-offs and experiments as opposed to creating a core whiskey lineup. According to The Bourbon Review, while she’s currently working with whiskey produced at Neeley we may see blends that come from different distilleries in the coming years. Old Forester is gonna miss her palate, but the world will likely get to try some very interesting whiskey blends now that Zykan is doing her own thing.