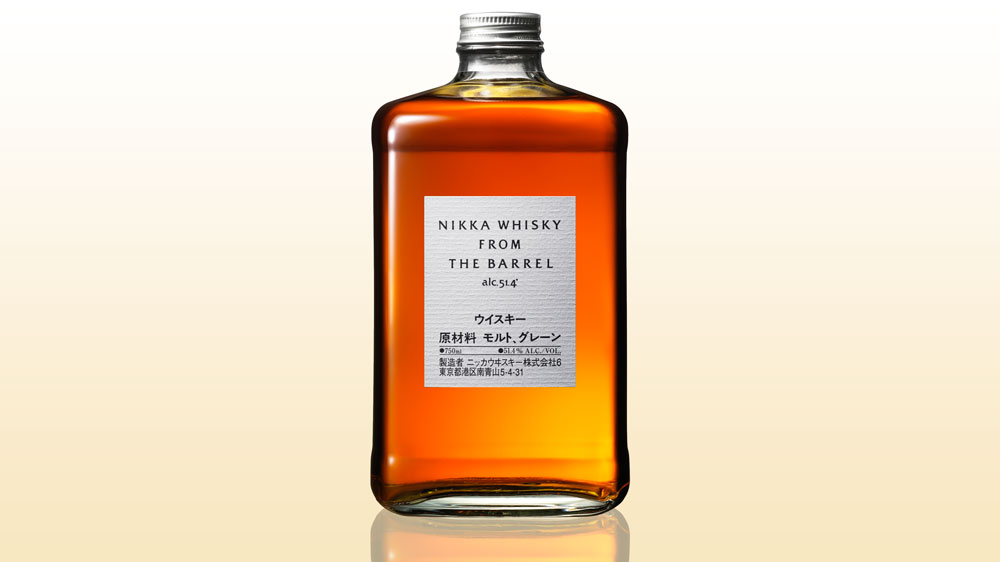 Movie fans and Japanese whisky aficionados may recall Bill Murray’s famous line from the 2003 Academy Award-winning motion picture, Lost in Translation, when he says, “For relaxing times, make it Suntory time.” The whisky he was toasting towards the camera was Hibiki 17 Year Old, a flagship single malt and grain blend from Suntory’s Hakushu distillery. But those relaxing times provided by Hibiki will soon be over, because—inconceivable as it may seem—Suntory is halting production of their best-selling Hibiki 17 Year Old, along with their other award-winner, Hakushu 12 Year Old Single Malt. In addition, Suntory’s Yamazaki distillery will not be releasing their highly anticipated Yamazaki Limited Edition for 2018, in spite of previous successes with their 2015, 2016, and 2017 bottlings. Other vintage Japanese whiskies may soon be disappearing from shelves as well.

The reason for the planned obsolescence of many of Japan’s most popular whiskies is that they have become too popular, and as a result, supplies are dwindling. After all, it takes a minimum of 12 years to create the 12 Year Old Hibiki. It’s a complex blend of over 30 different single malts, of which only the youngest is actually 12 years old.

Thus, in spite of Suntory having invested more than $250 million since 2013 to increase production in their Yamazaki and Hakushu distilleries, the fairly recent (and unexpected) rise in demand for Japanese single malts and blends has caught the industry off guard, just as the boom in American bourbon has resulted in current shortages of some of the most popular U.S. brands. But while American distillers are ramping up production and resorting to allocations, some of their Japanese counterparts are trying to catch up on the aging process by keeping their whiskies in barrels and away from the bottling plant, in order to have sufficient quantities of aged spirits for the future.

“Recent discontinuation of some of the most popular aged expressions of Japanese whisky, the Suntory Hibiki 17 and the Hakushu 12 included, will, in the first instance, drive up prices of these age statement expressions, as collectors aim to secure their favorites,” says Makiyo Masa, founder and director of Tokyo-based and family-owned Dekanta, the world’s largest mail order retail specialist of Japanese whiskies. “This is likely to mean that many of these wonderful whiskies will remain on (collector’s shelves), rather than being drunk, as they become rare and revered collectors’ items.”

Reflecting this, Dekanta’s website currently lists their remaining supplies of Hibiki 17 Year Old at $689.99 a bottle. Furthermore, as a result of the dwindling number of vintage-dated Japanese whiskies, there is now an increase in No Age Statement (NAS) spirits, as a way of stretching existing stocks while newer distillates are maturing. That is not to say there are no older whiskies in these NAS single malts and blends. The bottles just don’t carry a vintage year on the label.

“Japanese whisky producers have been preparing for this situation,” says Masa, “and are putting effort into producing exceptional NAS stock. We are starting to see many more whiskies with no age statement, and these will be the ones we’ll be enjoying and drinking in the coming years.”

An excellent example of this is the new NAS multi-cask blended Nikka Whisky From The Barrel ($65), which was introduced in Japan in 1986, but which finally landed on our shores in August 2018. It is a complex blend, made even more distinctive by its square-shaped bottle. Nikka Whisky From The Barrel is produced at Nikka’s Yoichi and Miyagikyo distilleries and is composed of more than 100 different single malt and grain whiskies that have been aged in ex-Bourbon barrels and puncheons, as well as in ex-sherry butts that have been refilled, recharred and remade into hogsheads. This pot-distilled whisky’s high 102.8 proof helps compress its wide array of flavors, which are enhanced by an additional three to six months of aging in Nikka’s cellars. The thick and fruity result is teeming with notes of apricots, citrus, and cherries, with a gentle underlying caress of sweet smoke.

“These (NAS whiskies) are likely to have a positive impact on the diversity of the Japanese whisky market,” says Masa. “So far, Suntory and Nikka have undoubtedly dominated, but if their popular whiskies become prohibitively expensive, then Japanese whisky fans may turn to smaller producers, such as Chichibu, Eigashima/White Oak and Yamazakura, to name but a few who are making wonderful, interesting whiskies that have yet to gain international recognition.”