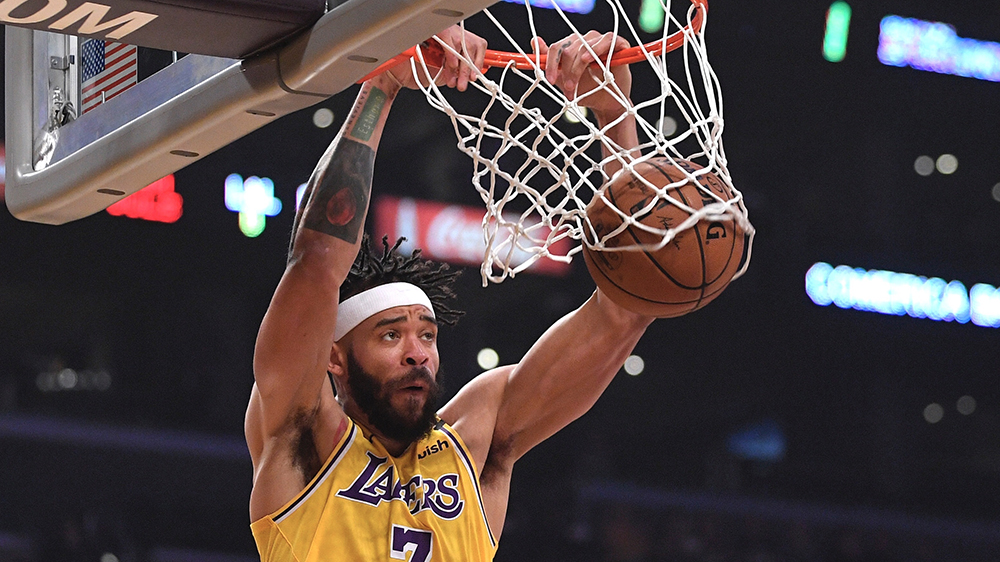 Having been a part of three NBA champion teams during his 14-season career, JaVale McGee knows exactly how hard it is to win basketball’s biggest prize. That’s why he decided to honor each his LA Lakers teammates with a rare tipple after the team clinched the 2019-2020 NBA championship last Sunday.

The Lakers center celebrated the storied franchise’s latest title by giving teammates a bottle of Crown Royal XR Blended Canadian Whisky. And McGee didn’t just want to show his gratitude to stars like LeBron James and Anthony Davis; he gifted the Canadian brand’s rarest whisky to every member of the team and coaching staff.

“I love this team,” McGee said in a statement. “I wanted to do something special to thank them for bringing the trophy home, which is why I gifted everyone a bottle of the extra rare Crown Royal XR to celebrate. We’re back baby!”

The bottles, which sell for $179.99, are from Crown Royal’s top-of-the-line Extra Rare Whisky Series. The rare blended whisky is crafted in part from one of the final batches of whisky produced at the company’s famed LaSalle Distillery. The brand describes the spirit as being a “sophisticated blend” with a complex aroma, sweet and spicy taste that finishes in a “lovely, round taste of raisins, cocoa and brown sugar.”

#GiftedByCrownRoyal Celebrating being 2020 Champs with my brothers and @CrownRoyal. Gifted these customized, extra rare bottles to the world’s greatest teammates and coaches – and special shout out to the best fans in the world! Laker Nation, let’s go! pic.twitter.com/Mqnd7qWSUR

This isn’t the first luxury gift the Lakers have received since finishing off the Miami Heat in six games to clinch the organization’s record-tying 17th title and its first since 2010. Following the final buzzer, McGee and his teammates were presented the league’s most cherished award, the Larry O’Brien trophy, in a bespoke trunk designed by Louis Vuitton. The NBA’s first Official Trophy Travel Case is wrapped in the French luxury giant’s trademark monogram canvas and features a giant white V on the front panels accented with flashes of red and blue, just like the league’s logo.