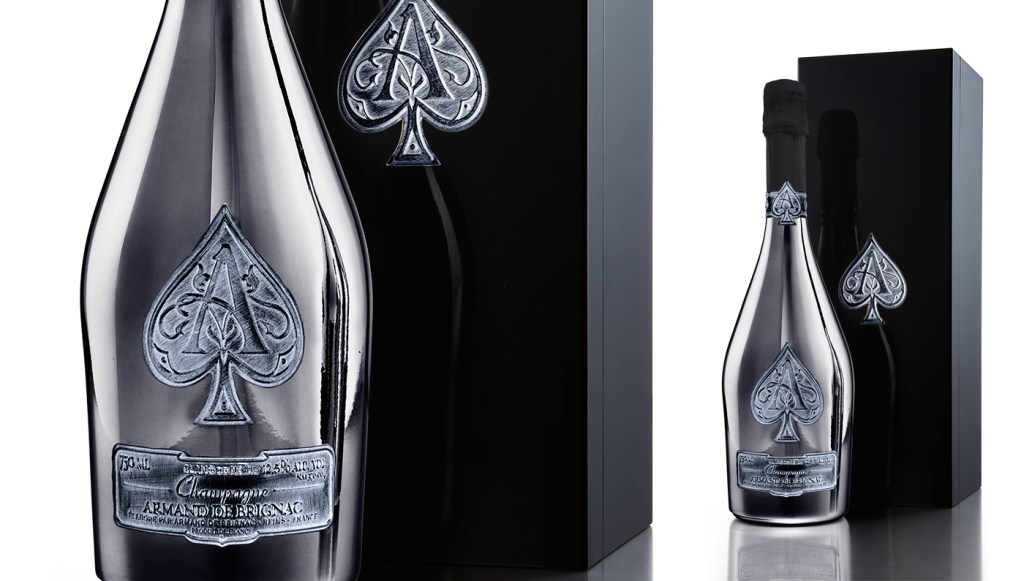 While Champagne is often the substance of a toast, it is rarely the subject—that is until glasses raise to the release of Armand de Brignac Blanc de Noirs Assemblage Two (A2), a tête de cuvée represented by only 2,333 bottles. For this singular expression, France’s heralded Champagne house Armand de Brignac (purchased in 2014 by musician and entrepreneur Jay Z) garnered premier pinot noir grapes from the region’s most revered villages such as Chigny-les-Roses, Rilly la Montagne, Verzy, and Verzenay.

To create the cuvee, Armand de Brignac’s chef de cave Jean-Jacques Cattier and son Alexandre relied solely on the first press of the pinot noir and combined 2008, 2009, and 2010 vintages. After being bottled in 2011, the assemblage was left on the lees for flavor enhancement until disgorged (when the sedimentation is extracted) on June 20 of this year.

The fruits of Cattier’s labor leave notes of honeysuckle, peppermint, and a pinch of peach and apricot on the nose followed by a bold presentation of minerals on the palate. In complement are tastes of mint and cinnamon. Suggested pairings for the exclusive effervescent include pan-seared trout and roasted duck.

Brandishing the winemaker’s already iconic “Ace of Spades” logo, each 750-ml bottle is priced at $1,000 and includes its own inscribed number from production and the disgorgement date. The Blanc de Noirs A2 will become available in October for either immediate enjoyment or delayed gratification as it can be properly cellared until 2031. (armanddebrignac.com)