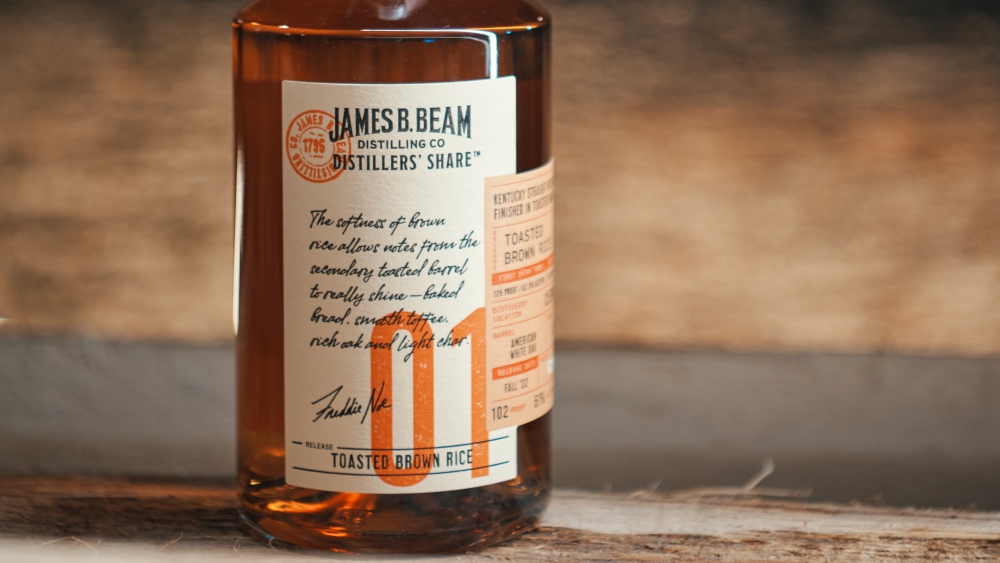 Jim Beam is arguably the biggest name in bourbon, but that doesn’t mean the distillery has been just churning out its bread-and-butter brands and swimming in piles of money. Actually, the latter part might be true, but that ample cash flow allows the team there to experiment with truly small-batch releases every now and then, like the new Distillers’ Share series.

Distillers’ Share is Freddie Noe’s baby—he’s the eight generation master distiller, son of master distiller Fred Noe and grandson of legendary master distiller Booker Noe who created the Jim Beam Small Batch Collection (Booker’s, Knob Creek, Basil Hayden and Baker’s). Freddie has been responsible for some of the most interesting whiskeys to come out of the distillery over the past few years, including his Little Book lineup of unique blends. He also oversees whiskey production at the Fred B. Noe Distillery, part of the James B. Beam Distilling Co. campus.

Distillers’ Share is a series of experimental whiskeys that will be released about three or four times every year, and is available to purchase only at the distillery’s American Outpost (although it could pop up on the secondary market as well). It will also be available to members of the Barreled & Boxed membership subscription program, which also includes bottles like Knob Creek 18 and special Booker’s releases. Distillers’ Share 01 – Toast Brown Rice is the inaugural release, and as indicated by the name this is a bourbon made with brown rice and finished in a toasted barrel. This is not the first time rice has been used in a Beam whiskey, however. Back in 2015, Jim Beam Brown Rice Bourbon came out, an 11-year-old whiskey that was part of the Harvest Bourbon Collection. And Little Book Chapter 4, released in 2020, also included a brown rice straight bourbon in the blend.

We have not had a chance to try this whiskey yet, but the official tasting notes describe a deep golden amber liquid with crisp oak and toffee on the nose, toasted oak and sweet char on the palate, and a warm finish with a hint of sweetness. The exact mashbill of this five-year-old bourbon was not provided, only that brown rice was used in place of rye as a flavoring grain. So if you happen to find yourself in Clermont, Kentucky sometime soon, you can try it for yourself—a 375-ml bottle will run you $70.