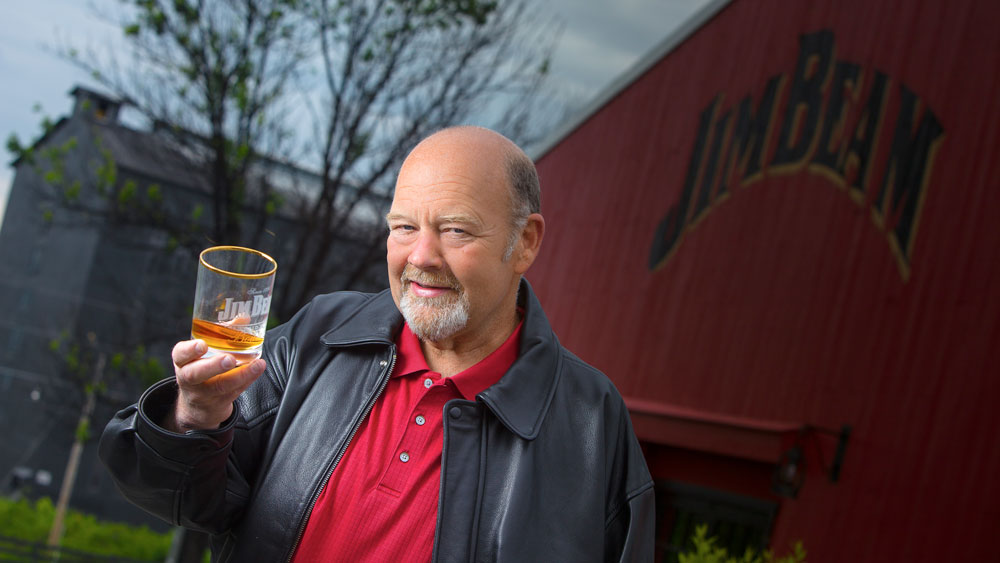 You’ve likely seen the commercials on television, the ones featuring actress Mila Kunis waxing poetic about whiskey inside the barrel room at Jim Beam’s distillery in Clermont, Ky. For the past few years, the Black Swan star has been the face of the world’s most iconic bourbon brand, but she’s not its heart and soul. That distinction belongs to Frederick Booker Noe III, who may not look as good in a ballerina outfit, but boy can he make whiskey with the best of them.

Fred is a seventh-generation Beam family master distiller and the great-grandson of Jim Beam, the brand’s namesake. Fred’s father, Booker, is often credited with revitalizing the declining bourbon category when he introduced his eponymous small-batch bourbon in 1988. Booker passed away in 2004, and three years later, Fred assumed the whiskey-making mantle at Beam. Since then, he’s made his own mark on the brand’s portfolio by introducing the Devil’s Cut and Signature Craft 12-Year expressions. We caught up with him recently at the first annual Bourbon & Beyond festival in Louisville.

You’re a member of the most famous family in American distilling history. What does that mean to you?

Being a Beam has been a great honor for me. I’ve been proud to keep the business going in the right direction, and I’m excited to one day pass the torch onto my son, Freddie, the eighth generation in our long line of Beam family distillers.

I’ve bought more rounds than the other way around. I usually insist on picking up the tab. I wouldn’t have it any other way.

What’s the best advice your dad, Booker, ever gave you?

Be honest, and make the best bourbon possible.

How about the worst advice?

I don’t recall him giving me much bad advice. Although he did tell me that if I kept eating the same thing over and over again, no matter how awful it was, eventually I’d acquire a taste for it. Well, I’ve eaten raw fish a few times, and can say that I’m still not a fan.

How do you feel about so-called “artisanal” whiskies being produced with spirit purchased from mass-production facilities?

When I look at the bourbon boom from the last few years, I like to say that the rising tide lifts all boats. There’s so much great bourbon out there right now, and as a representative of the bourbon community, I could not be happier with how much interest we’re seeing in bourbon around the world.

Which bourbon do you most enjoy besides Beam?

I enjoy several of my friends’ bourbons, but if I had to pick one, I’d say Wild Turkey Rare Breed, produced by the Russell family.

As part of a family that built an empire from a once-illegal product, any advice for whoever aims to become the Jim Beam of marijuana?

My focus is on making the best bourbon I can and sharing it with the world. I’ll leave it to others to offer that advice.

Yep. You can add “Be diplomatic” to the list of good advice ol’ Booker gave me.