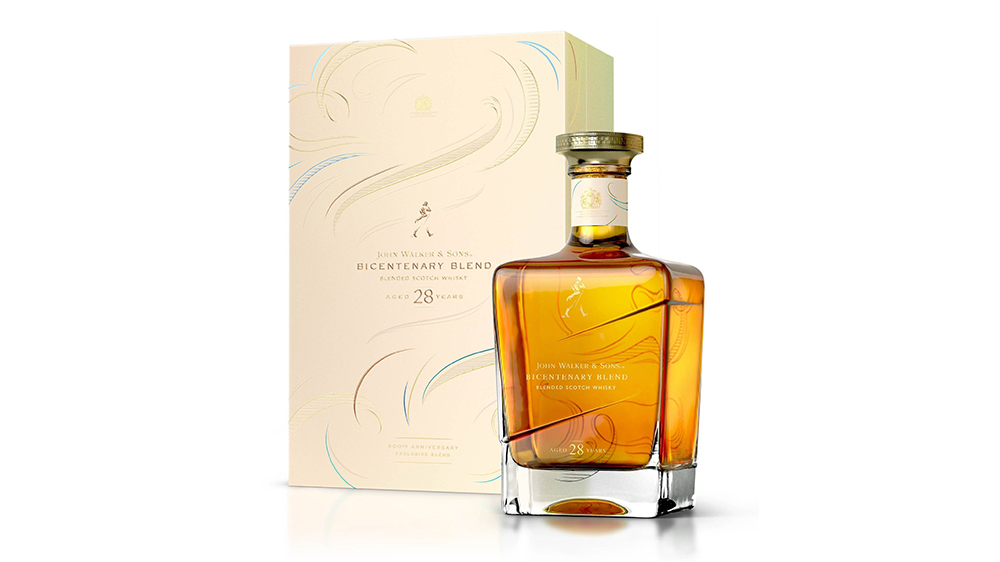 While it’s customary to celebrate important occasions with a drink, Johnnie Walker is taking things a step further and feting itself with a bottle or four. In honor of the 200th anniversary of founder and namesake John Walker selling whisky out of his family’s grocery store, the famed distillery has unveiled four limited-edition bottles that will be released later this fall.

The brand announced how it intends to celebrate its bicentennial on Monday, and to the surprise of no one, that plan includes a lot of exclusive scotch. The new releases will include: Johnnie Walker Blue Label 200th Anniversary Limited Edition Design, Johnnie Walker Blue Label Legendary Eight, John Walker & Sons Celebratory Blend and John Walker & Sons Bicentenary Blend.

The first of the new whiskies is the 200th Anniversary Limited Edition Design. While the whisky itself is still the same Blue Label that enthusiasts have come to know and love, the bottle will feature bespoke illustrations of the cities and countries that have come to play an integral part in the brand’s story. Next is the Legendary Eight, an elegant blended whisky that is a touch stronger than the standard Blue Label at 87.6 proof. Each of the whiskies its blended from is the product of a distillery that was in operation when John Walker started selling spirits back in 1820.

The third planned release, John Walker & Sons Celebratory Blend, is inspired by the brand’s Old Highland Whisky from the 1860s and comes in a box that opens to reveal an image of the Walker family’s grocery store. Finally, there’s John Walker & Sons Bicentenary Blend, a meticulously crafted whisky from the brand’s Master Blender, Jim Beveridge, that attempts to capture taste and fragrance of Walker’s first whisky. It is blended from rare whiskies that have all been aged at least 28 years, some of which come from long-closed distilleries like Pittyvaich, Cambus and Port Ellen.

“Each of these exclusive releases bring a fresh perspective to our 200th anniversary story and are the perfect way to celebrate this huge moment for Johnnie Walker,” Beveridge said in a press release. “It feels very apt to be announcing them this week to coincide with John Walker’s birthday.”