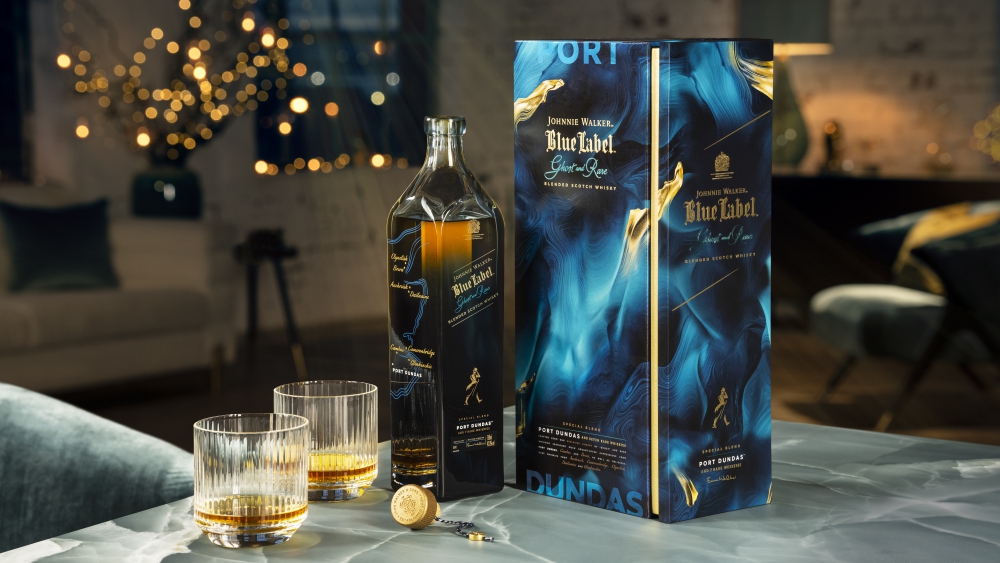 The fifth release in Johnnie Walker’s Blue Label Ghost and Rare series once again includes whisky from shuttered “ghost” distilleries, along with some other rare malts. And, as seems to be the case with every high-end whisky release these days, there’s an NFT tie-in—75 limited-edition sets are available via Blockbar that include a real bottle, a digital bottle (again, why?) and access to some virtual experiences.

Of course, the most important thing here is the real, physical, non-virtual whisky that you can actually pour into a glass and taste, as opposed to the hologram AI cyborg version. For this new release, master blender Emma Walker selected various whiskies from Diageo’s copious reserves, with three key liquids in the blend from distilleries that no longer exist. The backbone is a grain whisky from Port Dundas, a Glasgow distillery that was once one of the largest in Scotland but closed down and was demolished in 2010. “Port Dundas was, in its day, one of the finest grain whisky distilleries in the world,” said Walker in a statement, “and the rare expressions that we have chosen from our reserves are some of the most distinctive it has ever produced. Their slow maturation allows the sweet and delicate grain character to blossom.”

There are two other ghost whiskies in this Johnnie Walker blend, from the Cambus and Brora distilleries. The former was a grain whisky distillery that shut down in the early ’90s, while the latter ceased operations in 1983 but reopened last year and will once again be producing whisky. The other whiskies in the blend come from names that might be less familiar to all but the most dedicated scotch fans: Cameronbridge, Glenkinchie, Clynelish, Dailuaine and Auchroisk. The whiskies were matured in two different types of casks, second-fill American oak and first-fill heavily charred oak, each bringing flavors ranging from creamy vanilla to oaky spice.

For those who are interested in virtual whisky, the limited-edition set will come with virtual artwork by AI artist Ivona Tau, which is said to draw upon elemental forces of nature and water. The series of 75 NFTs “capture the juxtaposition between the constant flow of water and the water tamed within each bottle of Ghost and Rare Port Dundas,” according to the press release. They will be available starting at 10 am EMT on Friday, September 9 via Blockbar for $775. Check your local upscale liquor store later this month if you’re interested in something a bit more fungible.