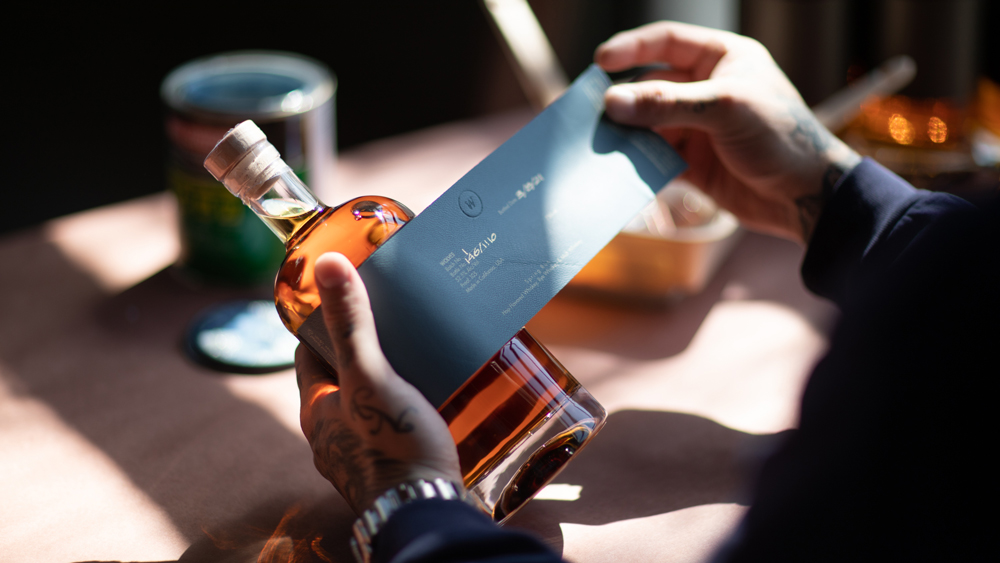 “Since I was a kid coveting luxury goods I couldn’t afford, I’ve felt driven to produce elite products that make life more enjoyable,” says Jon Buscemi, cofounder of Wolves, an upstart whiskey label that’s quickly amassed a tenacious following among spirits aficionados. Of course, for Buscemi, growing rabid fanbases is part of his own brand, with the NYC-bred streetwear and fashion designer ticking off his long résumé crafting high-quality hypebeast fodder, from his eponymous label of subtly swaggy Italian-made calf-leather sneakers to Truff, the black-truffle-based hot sauce he helped launch in 2018.

Buscemi’s Wolves co-creator and cross-coastal cultural twin, James Bond, founder of powerhouse Los Angeles streetwear label Undefeated, recalls when the duo attended an introductory marketing consultation for a start-up whiskey label with Mike Ilic, director of operations for the Catch Hospitality Group, which includes Catch NYC and Catch Steak, in Los Angeles: “After the meeting, we all just looked at each other and said, ‘Why would we do this for someone else? Let’s go build this brand.’ ”

The 2019 debut from Wolves, a $150 bottle aptly named First Run, sold out in a week. A year later, its third expression, the $200 Spring Run, disappeared in a single day. Its latest, Winter Run Batch 2, priced at $230, lasted just 11 minutes. Accordingly, some may presume the Wolves phenomenon is simply the product of an immaculate hype machine, and the brand certainly doesn’t shy away from its roots, from its impeccable packaging—a simple, beautiful glass bottle wrapped in Italian sheepskin, a direct nod to Buscemi’s use of fine leathers for his sneakers—to the streetwear-inspired limited-production runs and quick-strike online sales, which help ensure that demand always outstrips supply.

A bottle of Wolves Whiskey just before its ltalian sheepskin label is applied.  Leah Moriyama

But make no mistake: What excites notoriously fastidious whiskey purists is always the juice itself. For Wolves, that’s produced by Marko Karakasevic, a 13th-generation master distiller who innovated a recipe that begins the distilling process with finished craft beer (Wolves’ signature blend uses both stout and pilsner) rather than the rough, undrinkable fermented mash traditionally used in whiskey production. “It’s completely different than anything else on the market—it’s not rye, it’s not bourbon, it has no similarities to scotch or Japanese [whisky],” says Jeremy Joseph, cofounder of the Buscemi sneaker brand and CEO of Wolves. “There’s a sweetness about it that’s kind of reminiscent of an Irish pot still,” he explains, crediting Karakasevic’s use of a rare, low-volume alembic brandy still imported from Cognac, France, that bestows the unfinished raw whiskey with unique flavors and big body.

Right now, Wolves is putting the finishing touches on a new whiskey aimed at the burgeoning American single-malt category, the first in Wolves’ upcoming malted-barley series. Moving beyond pils and stout, Karakasevic distilled a full library of malted-barley barrels for the project, with more than 70 different expressions now residing in his rickhouse.

“I believe we’re sitting on some of the most complex, richest single-malt ever produced in this country,” Joseph boasts. “The quality and complexity coming out of the brandy still are unmistakable, and the biggest challenge for Wolves will be to blend and present it in a manner respectful to the craftsmanship that went into its creation.” For whiskey enthusiasts, though, the major hurdle will be scoring a bottle in order to judge that claim for themselves.