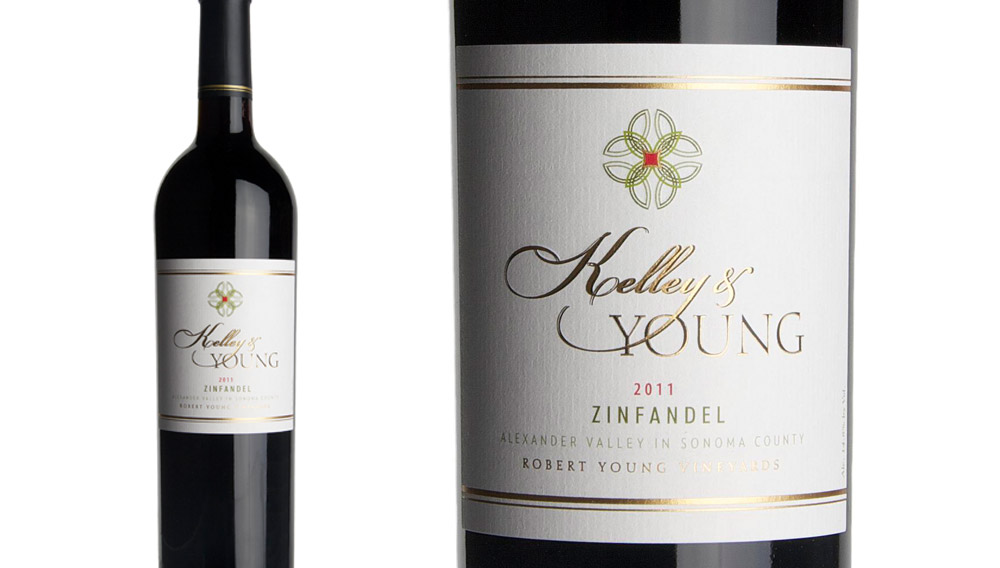 Jim Young—a co-owner and the vineyard manager of the Robert Young Estate Winery, whose father, the late Robert Young, planted the first Cabernet Sauvignon vines in Northern California’s Alexander Valley in Sonoma County in the 1960s—launched his own label in 2006 with his wife Kathleen Young (neé Kathleen Kelley). Kelley and Young Wines, with Jim as the winemaker, uses grapes from the 317 acres of benchland and hillside vineyards of the Robert Young estate, which supplies 95 percent of its fruit to other labels (including Chateau St. Jean and Duckhorn).

Thanks to its well-crafted wines and limited production, Kelley and Young has established a small but dedicated following, with each release of its popular Sauvignon Blanc and rosé typically selling out before the next vintages become available. When the boutique label launched its first red wine—a 2008 Zinfandel released in 2010—it sold out in two months, prompting Kelley and Young’s fan base to quickly become downright cultish. The Kelley and Young 2011 Zinfandel ($36), which was released in November, is rich with flavors of ripe blackberries, pepper, and lightly charred cedar.

In January, Kelley and Young released its 2011 Malbec ($45), the winery’s second vintage of this varietal, which rivals some of the finest examples from Argentina. In addition to Malbec grapes, the wine includes 8 percent Petit Verdot. It aged 18 months in French oak barrels. The result is a deep and complex red wine, with notes of dark fruit including blueberries and cherries, as well as hints of dark chocolate and tobacco. Only 135 cases of the 2011 Malbec have been produced, with most of them already claimed by members of the Kelley and Young wine club. Jim says that the 2011 Malbec will drink well now, but that it will also develop well in cellar for up to 10 years. (707.433.0248, www.kelleyyoungwines.com)