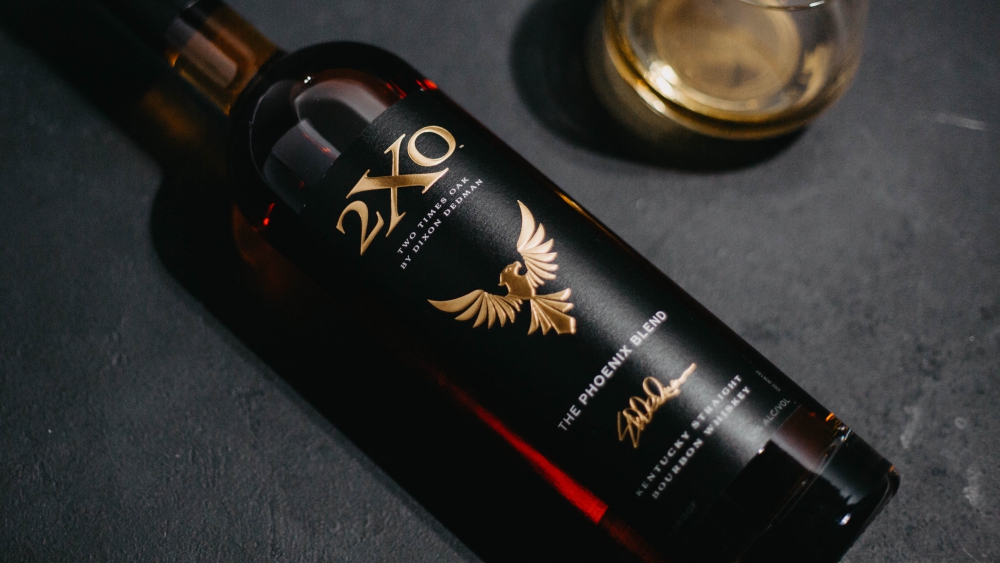 If you’re familiar with Kentucky Owl, one thing likely initially comes to mind—this whiskey brand has released some high-priced bottles over the years and has had bourbon and rye fans scrambling to find them. Last year, co-founder and master blender Dixon Dedman left Kentucky Owl to embark upon new endeavors, and now comes the news about his first whiskey release. So will this be another cult whiskey, and is that even the point here?

Stoli Group bought Kentucky Owl in 2017, so Dedman isn’t hurting. But apparently he isn’t content to kick back and watch the whiskey world pass in real time, because his new brand 2XO Kentucky Straight Bourbon Whiskey, in partnership with Prestige Beverage Group, is dropping its first bottle called The Phoenix. The in the name “2XO” is shorthand for “Two Times Oak,” because the mature whiskey Dedman is sourcing is finished in new charred oak barrels to add new flavors to the liquid.

The new bourbon, The Phoenix, is a direct reference to Dedman’s return to the whiskey world in a public-facing role. “I named The Phoenix Blend very intentionally,” he said in a statement. “Like a new beginning, 2XO aims to create something unique in American whiskey, and every release will strive to achieve something special. The initial response to The Phoenix Blend has been very well received. I couldn’t be more excited for this next chapter.” The blend for this release is composed of two proprietary mash bills from different distilleries—one with a moderate amount of rye, the other with a high rye mash bill. Tasting notes describe the whiskey has having vanilla and caramel flavors on the front end of the palate, red fruit in the middle and a bit of spice on the finish.

There will be more whiskeys to come from 2XO, including small batch blends and single barrel releases in the coming years, and according to the brand each will differ in its makeup. So will these whiskeys reach the vaulted heights of Kentucky Owl, which has seen bottles sold for hundreds of dollars for any given batch? True, the brand has been releasing more readily accessible whiskeys as of late, but many bourbon fans balked at the notion of paying so much for a sourced product. It remains to be seen what is in store for The Phoenix and its sister whiskeys, but for now you can purchase a bottle of the inaugural release to try for yourself from Reserve Bar.