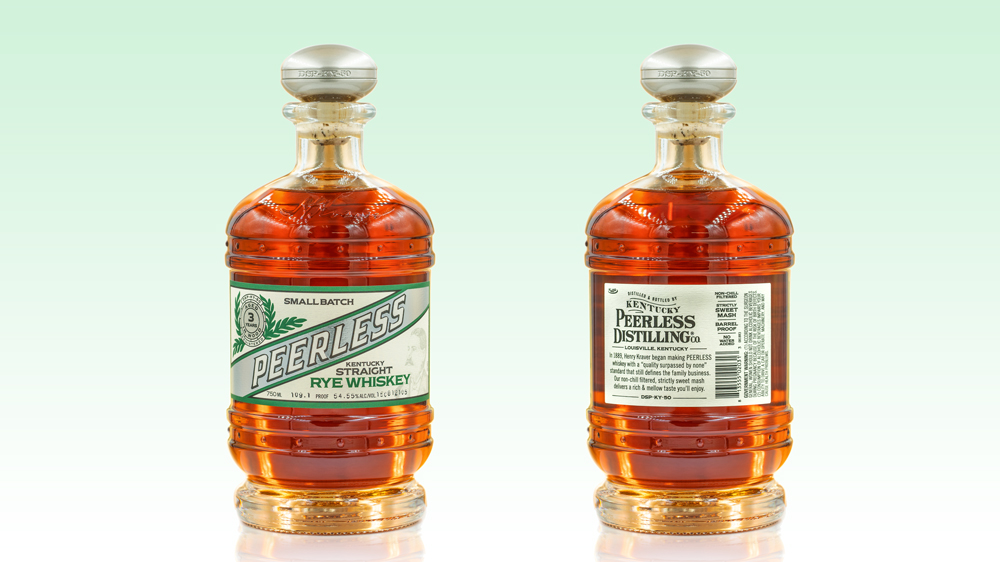 America’s great failure of a temperance movement—Prohibition—might have had only a 13-year run, but for Kentucky Peerless Distilling Co., the barren spell lasted 98 years. The Taylor family’s very first bourbon went into barrel in 1889, under Distilled Spirits Plant number 50. But it wasn’t until 2015 that the fourth and fifth generations, Corky Taylor and his son Carson, revived the family business (under the same DSP number and the Peerless brand) in a new distillery in Louisville’s Bourbon District, now producing a measured 10 to 12 barrels of bourbon and rye a day.

Chalk the restraint up to some old-school honesty on the whiskey-making front. At a time when some newer producers are shortcutting the aging process by sourcing product and just “finishing” it, Peerless has started from scratch—milling, cooking, fermenting, and double-distilling in its new facility. Early results on the rye front have been impressive: In 2017 Whisky Advocate named the Peerless Kentucky Straight Rye Whiskey the No. 15 Best Whiskey in the World.

This fall, the distillery is introducing its 3-year-old Kentucky Straight Rye Whiskey. And as Cordell Lawrence, director of global marketing and strategy puts it, “Peerless Rye continues to become more complex as we add age. Although we’ve only been barreling since 2015, we have carefully crafted an independent path that is here to stay. We don’t source, and we don’t cut corners.” The artisan distillery uses a strictly sweet mash, doesn’t chill-filter, and bottles at barrel proof.

The 3-year-old ($125) is impressively complex, with high-toned floral notes and hints of savory herbs, pear and dried apricot fruit, caramel, vanilla, and toasted spice. It’s available now at the distillery and will be rolling out into the market in early 2019.

Corky Taylor draws a through line from this newest rye back to the family’s original distilling ways: “We craft our spirits at an unhurried pace, like my great-grandfather did.”