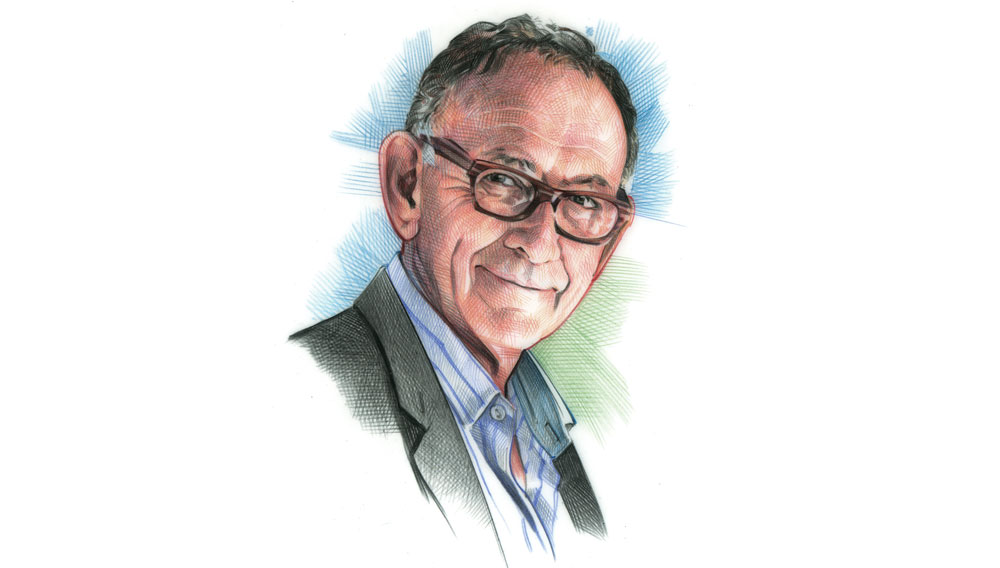 The Son of a fundamentalist preacher, Kermit Lynch found his calling in the pursuit of pleasure—and inspired a cult following of his own. Starting with a small wine shop in Berkeley, Calif., Lynch became one of the world’s most influential wine importers and the man who introduced Americans to the concept of terroir. The 25th-anniversary edition of his famous (and famously cranky) book Adventures on the Wine Route was released last year. His chosen route—he spends half the year in Provence near the southern Rhône, where he co-owns Domaine Les Pallières in Gigondas, and half in Berkeley—is a testament to the art of living well, yet simply.

How do you define luxury?

For the first 30 years of my life, I didn’t have much to do with luxury or fine wines, and I wasn’t much of a social creature. So it was very strange to enter the wine business and be thrown into this milieu of grand dinners and great bottles. It went against my nature; I have a bit of hermit to me. But I did enjoy it for a while. I explored the three-star restaurants, and I still return once in a while to see what they’re doing. But I don’t find it very luxurious—it’s four forks and six glasses and a table crowded with glitter. And then comes food that makes me yearn for the classic French dishes. As I made friends in the wine business, what I started enjoying most was eating at the wineries with those friends—eating where wine and food are natural partners. So for me, luxury is a combination of great wine and food and intimate company.

Does any particular table come to mind?

First, there was [author] Richard Olney’s place in Provence. Those were great, long evenings. He had quite a wine cellar, and I remember opening a 1900 Château Rauzan-Ségla in a half bottle—a half bottle of Bordeaux that was 80 years old! That night he grilled a lamb shoulder over coals and some wild mushrooms to go with it. With that ancient Bordeaux, it was just perfect.

Tell us about your wine collection.

I have a cellar here in Berkeley and a cellar at my place in France. The wines are like friends to me. I usually put a case of 12 down, mostly French and Italian, so I can follow it over its life. It’s always full of surprises, even for the winemakers. They don’t really know at the beginning what’s going to happen to their kid, how he’s going to turn out.

How many bottles do you have?

I don’t know, and I don’t keep a record of them, either. I’ve had these bins built for the Bay Area—they’re angled down toward the back so if an earthquake starts shaking they won’t tumble out. I go down there and start roaming around and trying to decide what I want. It would be terrible having them off in someone’s warehouse.

What did you drink last night?

A ’79 Zinfandel from Joseph Swan Vineyards. It’s aging like an old-style Bordeaux—still vibrant, still excellent fruit. Joe had a real touch with French oak. My wife and I had it with a rib-eye on the bone, grilled in the fireplace. Alice Waters gave me a Tuscan grill that you can put in your fireplace. I cook with it so often I just leave it there.

What is your most memorable wine?

It was around 2000, at [Domaine de la Romanée-Conti proprietor] Aubert de Villaine’s house. The great Russian cellist Rostropovich came out with a set of Bach cello suites, and we decided to compare that recording with the one made in the 1930s by Pablo Casals. Aubert pulled out a 1961 Romanée-Conti, and it was astonishing: The wine was like the music. You’re talking about a solo cello, and the line of the music meanders and turns unexpectedly. I found it almost serpentine, and the wine was just the same—the changing course, the new things that would come out from it, going deeper and deeper, things I never imagined wine was capable of. Combining wine and music is not something that I think of doing. But that night, it was a strange and magical marriage.