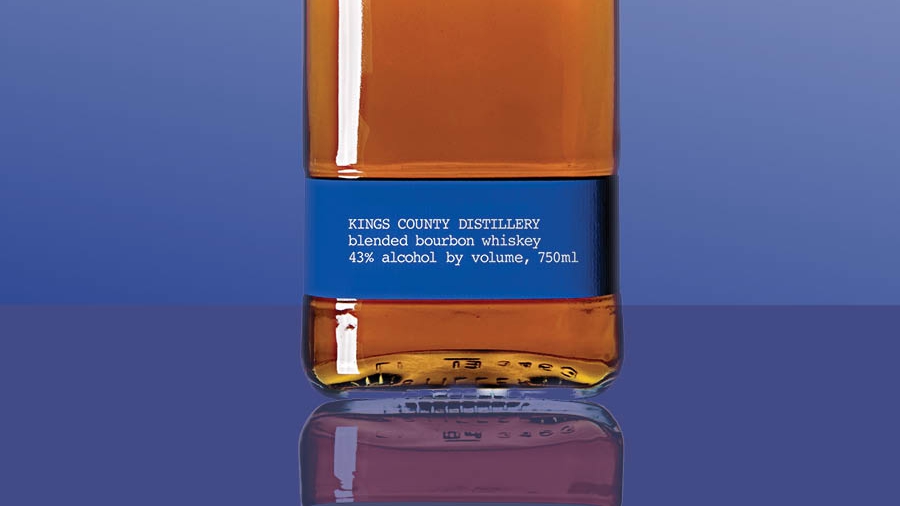 In the world of American whiskey blends have gotten a bad rap, although producers like Kentucky’s Barrell Craft Spirits have elevated the art form specifically when it comes to bourbon. Now Brooklyn craft distillery Kings County has joined the cause with a different take by launching its own blended bourbon made from an array of in-house produced whiskeys.

So what’s the point of this new product? According to Kings County co-founder and distiller Colin Spoelman, it’s a chance for whiskey drinkers to reconsider the American blended whiskey category. “A lot of new products in this space are not using neutral spirits or grain whiskey equivalent, which is the main differentiator from a blended scotch or Canadian whiskey,” he told Robb Report. “I think the opportunity for American blenders is to avoid neutral spirits and really put the focus on the blending—the art of composition as opposed to stretching a whiskey with neutral spirit. I think our audience will appreciate that all the blend components are aged whiskeys, at least two years. And more than that, they are all house-distilled. I don’t know anyone doing that really, most of the blended whiskey makers from what I can tell are NDPs.”

According to the press release, this new blended bourbon is meant to be a “superior, all-purpose two-year-old spirit” that is a bit more versatile than the other whiskeys in the lineup, specifically in that it can be used for mixing in cocktails. “Making old whiskey requires patience, but it doesn’t ask much of the human element after distillation,” said Spoelman. “Assembling a great two-year whiskey is a huge challenge, and I think it’s one we took on with this whiskey—and why we ended up using so many different parts of our warehouse to make it right.

Tasting notes include honey, caramel and rye pepper from the blend of liquids in the bottle. Kings County Blended Bourbon will initially be available in New York State starting September 14th, followed by a wider rollout in the weeks to come, and priced at $54.99. So no more excuses—if you are still hesitant to give a blended bourbon a try, give this whiskey a go and be assured there are no neutral grain spirits (aka vodka) in the mix.