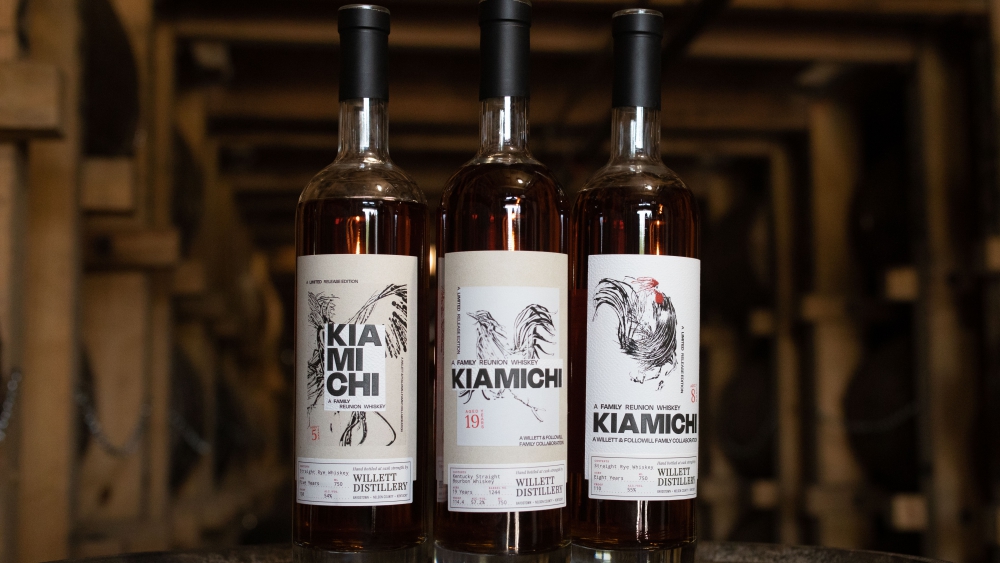 There was a time when the Kings of Leon were just a bunch of scraggly Southern rockers inspired equally by The Strokes and Lynyrd Skynyrd, singing about youth and young manhood. Those days are long gone, as the band exploded into arena rocker status—becoming a brand in and of themselves. And with it comes the requisite extensions.

Hence, the Nashville quartet has launched new whiskey called Kiamichi. The brand’s name comes from a river in southeastern Oklahoma where the band members (a trio of brothers and their cousin) are said to have attended family reunions. Kings of Leon unveiled the new Kiamichi lineup at this year’s Bourbon & Beyond festival in Louisville this past weekend, and it will become more widely available next month. Willett is the partner distillery for this release, a well-regarded producer of whiskey under its own name as well as brands like Old Bardstown, Rowan’s Creek and Noah’s Mill. The core Kiamichi lineup will consist of three bottles: a five-year-old rye whiskey, an eight-year-old rye whiskey and a 19-year-old bourbon.

Nineteen years is fairly old in the world of bourbon as sometimes the liquid can get pretty tannic and oaky at that age, but we haven’t had a chance to sample yet and the folks at Willett generally know what they are doing. Apparently, there’s some significance to that number because master distiller Drew Kulsveen, part of the family who owns Willett, joined the operation 19 years ago in 2003. Also, Kings of Leon’s first album, Youth and Young Manhood, came out that year as well. Of course, 20 years might have been a more rounded number, and so many albums get a big reissue after two decades, but another year in barrels might have turned this whiskey into something unpalatable.

So far there’s very little info about pricing and precise availability for the new Kiamichi whiskey, but you can enter your information at the website, minimal as it is, if you’d like to be the first to find out more about this “family reunion” whiskey.