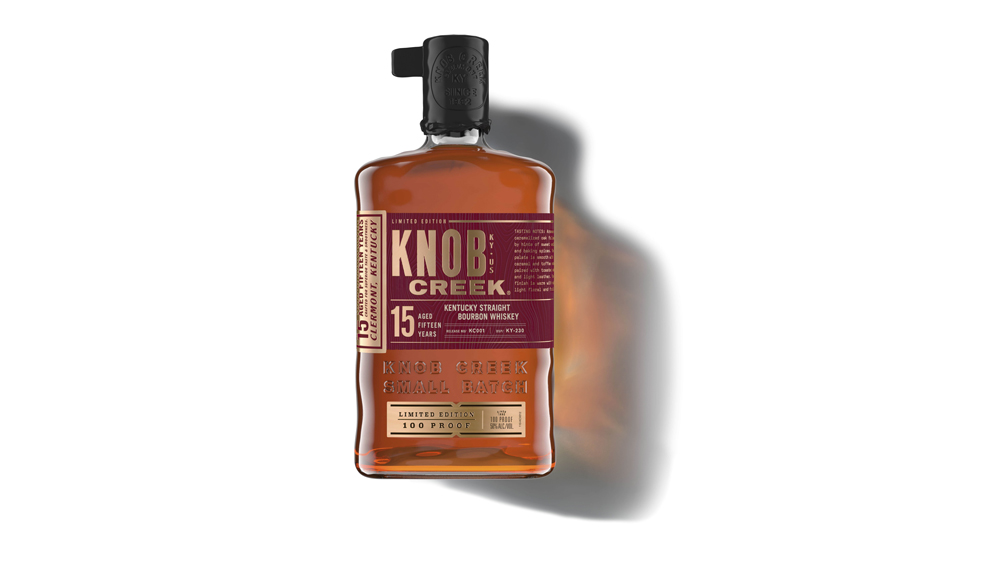 Jim Beam master distiller Fred Noe learned something important about whiskey age statements from his father, the late Booker Noe. “Sometimes old bourbon is just old,” his dad used to tell him, and he knew what he was talking about—Booker was instrumental in so many facets of Jim Beam including the creation of the Small Batch Collection, which features Booker’s, Baker’s, Basil Hayden and Knob Creek. That last brand has seen a return to whiskey age statement glory in recent times. First, there was the return of the bourbon’s nine-year-old age statement after a few years’ absence due to “production issues.” And now there’s the second annual release of limited-edition 12 and 15-year-old expressions (the 12 originally appeared as a limited edition in 2019).

I had a chance to talk with Noe over Zoom recently about the 15, and we tasted through Knob Creek at 5, 7, 9, 12 and 15 years old to see how it develops over time. Noe admits that Booker might not have been a fan. “If you talked to my dad, he’d say, ‘What in the hell are you doing?’” he said. “In his day, six to eight years, that was it. If you went over that, you were ruining it.” While Knob Creek 15 definitely skirts the upper limits of bourbon maturation, the palate is in no way ruined by nearly two decades in a barrel. The key, according to Noe, is to “let the whiskey do the talking.” He, his son Freddie, and the team at Beam select certain barrels of nine-year-old Knob Creek, moving them to lower floors where it’s cooler to slow down the interaction between whiskey and wood for the final years in the rickhouse. And ultimately, it’s that conversation with the bourbon that lets them know when it’s ready.

This project came about sort of accidentally, according to Noe, back when they were blending various ages to meet the nine-year-old flavor profile during the age statement’s absence. “We had leftover 15-year-old barrels,” he said. “So the question was what are we gonna do with them? We don’t wanna just dump them into the nine-year-old. Fans were clamoring for older stuff, so we decided to do it as a limited release.” The reason it’s limited is that Noe says you’re lucky if half the whiskey in the barrel remains after 15 years. The flavors have really concentrated at this point, and the color has deepened, bringing it to the edge of tannic but pulling back just at the last minute. You’ll find notes of cherry, stone fruit, vanilla and brown sugar on the palate here, and the wood is certainly very present but not overpowering.

Personally, I prefer the 12-year-old version of Knob Creek over the 15, as it stays further away from deep oakiness and allows the traditional Beam flavor profile to shine with a richer, more complex palate. You’ll likely find the 15 selling higher than its $100 price tag at most stores, but still less than other similarly aged (or younger) whiskeys from brands like Michter’s, Barrell or Widow Jane. On the other hand, it’s going to cost you more than a 15-year-old Tennessee whiskey from Dickel. But take it from Fred Noe and have a conversation with this bourbon if you can, because it’s got a lot to say.