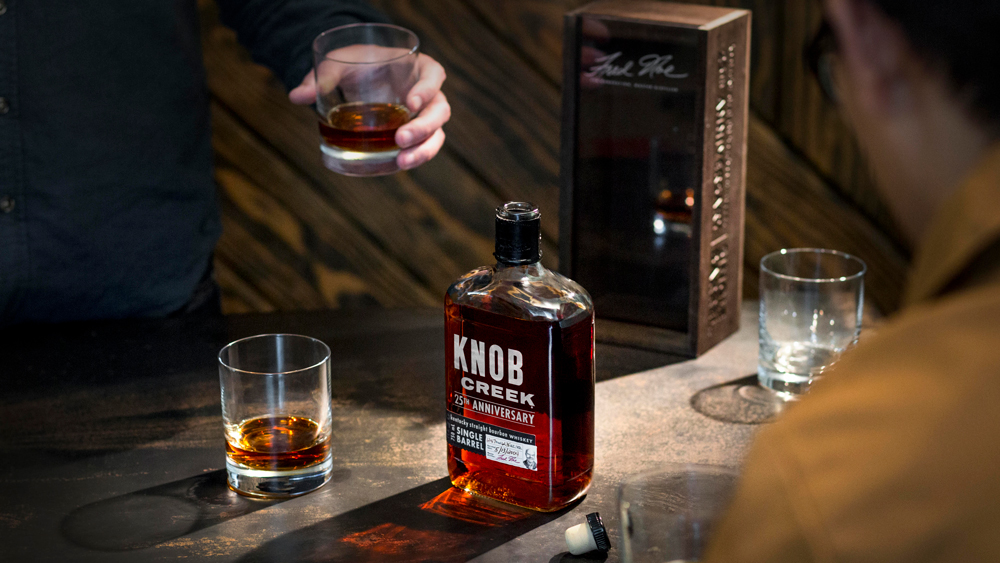 For the younger generation of whisky drinkers, it’s hard to imagine a time when the bourbon business wasn’t booming. But in the early 1990s, the industry was in dire shape — eclipsed in sales by vodka and light rum, considered bottom-shelf booze by Scotch whisky drinkers, its popularity limited to a shrinking and aging customer base.

Booker Noe, Jim Beam’s master distiller at the time, was one of the key players in bourbon’s transformation. Knob Creek, which he launched in 1992, was a throwback to an older, pre-Prohibition style of bourbon. Aged for 9 years and bottled at a hefty 100 proof, it had a big, robust flavor that was smooth enough to sip, but bold enough to hold its own in cocktails.

A quarter century after its launch, Knob Creek is celebrating its silver anniversary with Knob Creek 25th Anniversary Limited Edition Bourbon ($130), a single-barrel bottling that’s the first Knob Creek to be released at cask strength (roughly 125 proof, though it varies slightly from barrel to barrel).

All the barrels were laid down in 2004 — the year of Booker Noe’s death — and are aged 12 to 13 years, a few years longer than standard Knob Creek. The barrels, about 300 in all, are being selected by Fred Noe, Booker’s son and the current Jim Beam master distiller.

On first sip, the high-octane blast is reminiscent of Booker’s Bourbon, the cask-strength behemoth that Booker also launched. But once the alcoholic heat subsides, the familiar brown sugar and toffee notes of Knob Creek emerge clearly. The finish is long and dry, full of oak, tobacco, and leather. A little water tones down the heat and brings up sweet notes of vanilla. It’s an elegant whiskey, one that demands to be sipped, contemplated, and savored. It’s also a great reason to lift a glass to Knob Creek’s first 25 years.