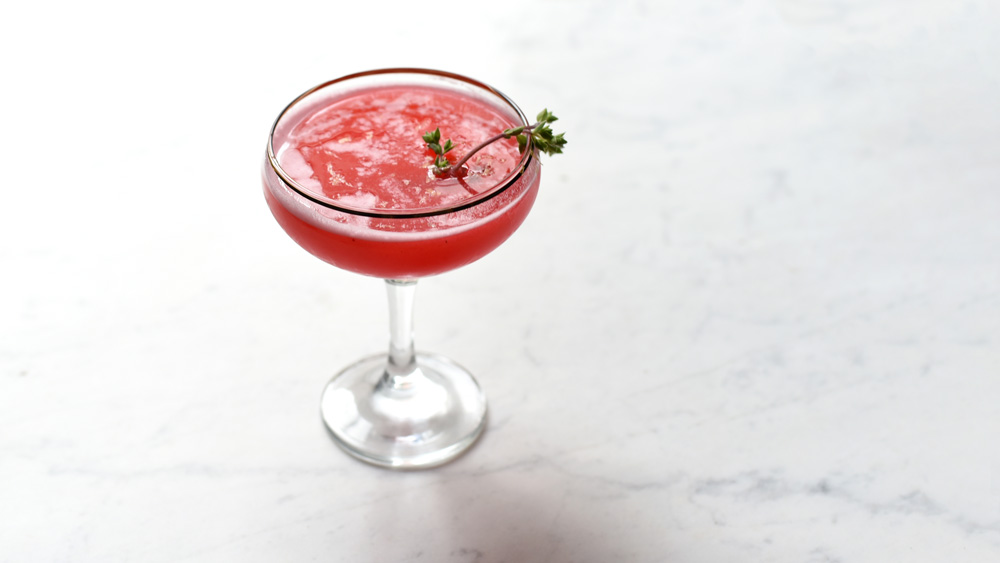 The idea of a kosher deli serving craft cocktails seems almost as far-fetched as pairing meat and dairy. There’s been an unwritten delicatessen rule that boozing and noshing simply don’t go together; you wouldn’t order a martini with your matzo brei any more than you’d go to a bar for a Dr. Brown’s Cel-Ray soda.

But times change, generations change, and traditions get overturned. Which is why Jeremy and Joshua Lebewohl, second-generation owners of New York’s legendary 2nd Ave. Deli, opened The 2nd Floor above the Upper East Side branch of the famous eatery founded by their late father, Abe Lebewohl, in 1954. Not only is it the first kosher bar in Manhattan — it also expands on the idea of what a delicatessen can be all about.

The cocktail menu (all $14), developed by beverage director Jason Jeffords, has its share of kitschy, Jewish-themed cocktails. But the Man-O-Manischewitz, for instance — made with mulled Manischewitz wine along with London Dry gin, lemon, and cinnamon — is no joke.  It’s a delicious, beautifully balanced drink, as is the City of Gold, made with Guyana rum, sherry, and slivovitz, the Eastern European plum brandy that’s also a Jewish staple. The Shofar uses kosher apple brandy, honey, and baked apples along with lime, cinnamon, and a house-made grenadine to symbolize Rosh Hashanah in cocktail form; apples and honey are traditionally eaten on the holiday to express wishes for a sweet and fruitful year.

Among the more secular drinks are the tiki-themed Kanpai Hawaii, a mix of Japanese Coffey still whisky, Venezuelan rum, Stiggins Fancy pineapple rum, and absinthe; and the Yorkville, a riff on the Manhattan with rye whiskey, Jamaican rum, Bénédictine, Fernet, and bitters. While their monikers may seem gimmicky or hipster, when put to the test, the cocktails taste terrific and are made with an artful touch. (A selection of kosher beer and wine is also available.)

The cocktails also pair beautifully with the food, prepared by chef David Teyf, which riffs on contemporary and classic deli-styled eats while paring down the traditional mountainous portions to bar-bite size. Herring Three Ways ($12) is served like sushi, with boiled potatoes standing in for the rice, and the fish exhibiting a delicate mildness it’s not normally known for. Blintzes ($16) are filled with duck confit, while Franks in a Blanket ($12) have baked beans and sauerkraut baked into the crust, which is then topped with everything bagel seasoning.

Dumpling aficionados can enjoy pan-fried kreplach ($8), potato pierogi with tofu cream dill sauce ($15), and Pilmeni Two Ways ($18), both fried and boiled in broth. And for the hardcore fans of Jewish cuisine, there’s P’tcha ($12), an old-school dish made from veal bones, traditionally served as an aspic but served here as a broth.

The room, with its dark lighting, worn floors, and pressed tin ceiling, feels comfortable without seeming staged, even though it just opened in November. It’s an ideal place to linger on cold winter nights, soaking up the atmosphere along with the cocktails.