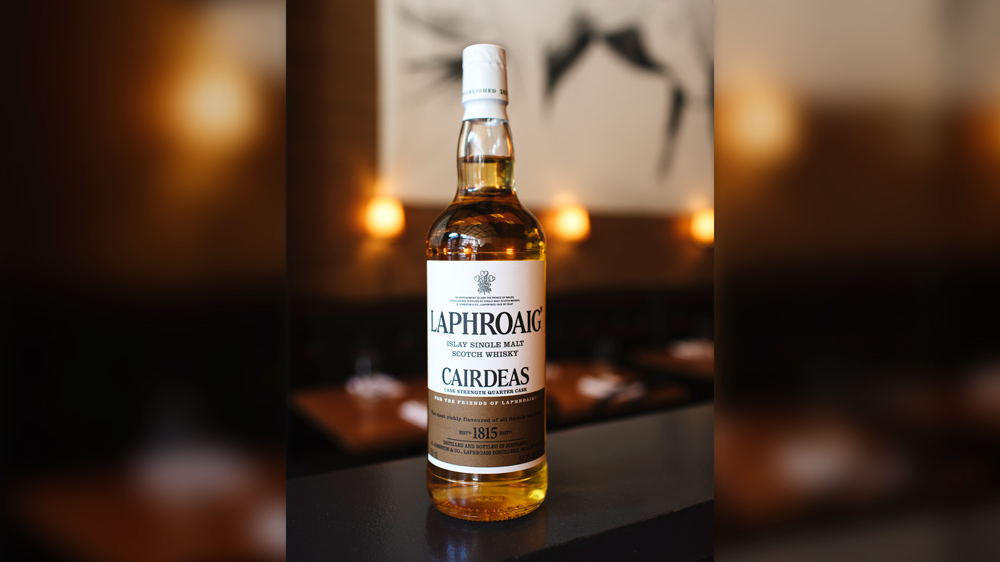 Cairdeas means “friendship” in Gaelic. And like a loyal best buddy—one with a warehouse full of world-class Scotch at his disposal, mind you—Laphroaig distillery manager John Campbell has been creating annual expressions of Laphroaig Cairdeas Quarter Cask since 2008. For Islay malt-lovers in need of a little variety, Mr. Campbell is a friend indeed.

The 2017 Cairdeas ($80) is an amalgam of whiskies aged at least 5 years in first-fill bourbon casks. The blend is then laid to rest for 6 months in smaller quarter casks and barrier-filtered straight out of the wood and into the bottle at 114.4 proof. The oomph of alcohol is unmistakable but not overly aggressive. Tenderfoots, however, may want to look elsewhere for a whisky fix.

At first whiff, this golden-amber spirit smells like a strong cup of coffee flavored with vanilla creamer. Keep breathing it in, though, and you’ll also detect notes of spearmint and sawdust. Laphroaig wears its robust peatiness like a badge of honor, and that rich, smoky flavor is proudly on display in the 2017 Cairdeas. Ask Campbell where it comes from, and he’ll cite the distillery’s proximity to the ocean and the ancient peat-fired kilns used to malt the barley. While the mouthfeel is pleasantly oily, the finish is long and creamy, with notes of bitter licorice.

Robert Louis Stevenson famously said: “A friend is a gift you give yourself.” In Cairdeas, you’ve got yourself a good one.