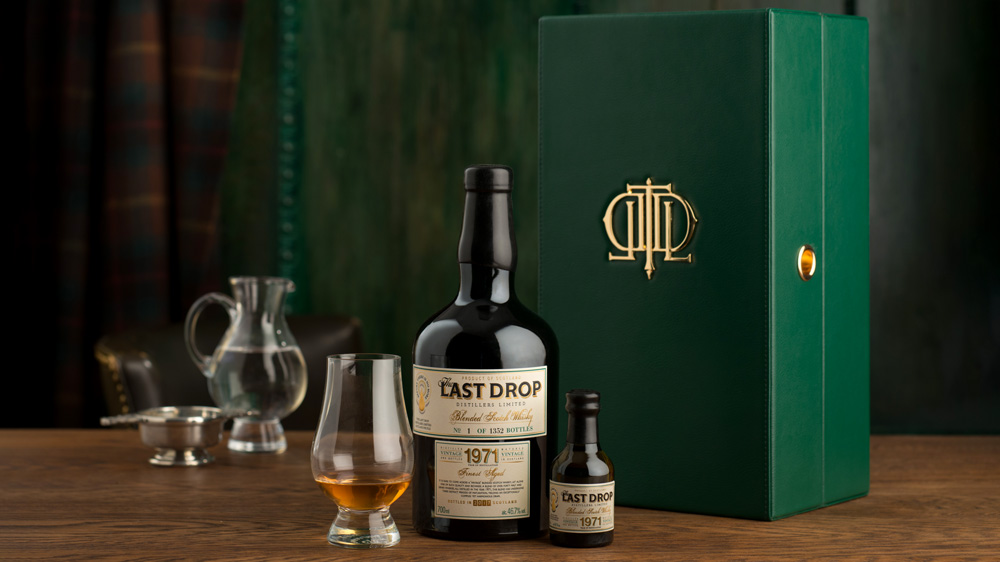 The story of The Last Drop Distillers sounds almost like a movie plot. Two titans of the spirits industry who created some of the world’s most iconic brands (among them Johnnie Walker Blue Label, Chivas Regal 18 Year Old, and Baileys Irish Cream), find retirement doesn’t suit them, so they team up to pursue their true passion—seeking out fantastically rare casks of world-class spirits and releasing them in minuscule quantities for collectors and connoisseurs.

The Last Drop goes for quality over quantity; since the company’s beginnings in 2008, there have been only nine Last Drop releases. They’re a mix of single grain whiskies, single malts, blended whiskies, and cognacs. Most of them were limited to less than 1,000 bottles, and in one case a mere 32 were produced.

As The Last Drop approaches its second decade, two of the founders—James Espey and Tom Jago—are now working alongside their daughters, Beanie Espey and Rebecca Jago, and preparing them to eventually take the reins and run the company themselves. Their latest release, The Last Drop 1971 Blended Scotch Whisky ($4,000), shows the transition progressing seamlessly. The blend of 40 single malt and single grain whiskies was originally bottled as a 12-year-old in 1983, with the remainder going into Oloroso sherry butts for an additional nine years. After another bottling, this time as a 21-year-old, there were only nine casks remaining, and these were aged in American ex-bourbon barrels for a further 24 years, yielding a mere 1,352 bottles.

Almost a half-century in oak hasn’t overwhelmed this whisky in the slightest; it’s rich and fruity, with tangy citrus and dark fig notes. The wood makes itself felt only on the finish, along with more fruit and an intriguing hint of smoke. The 1971 has an extraordinary depth and complexity which is unusual for a blend. The Last Drop 1971 comes in a handsome green leather case, with a custom-made stopper and a book for tasting notes. The coup de grace is an additional 50ml bottle packaged with the full-sized 750ml, so collectors can have their whisky and drink it, too.