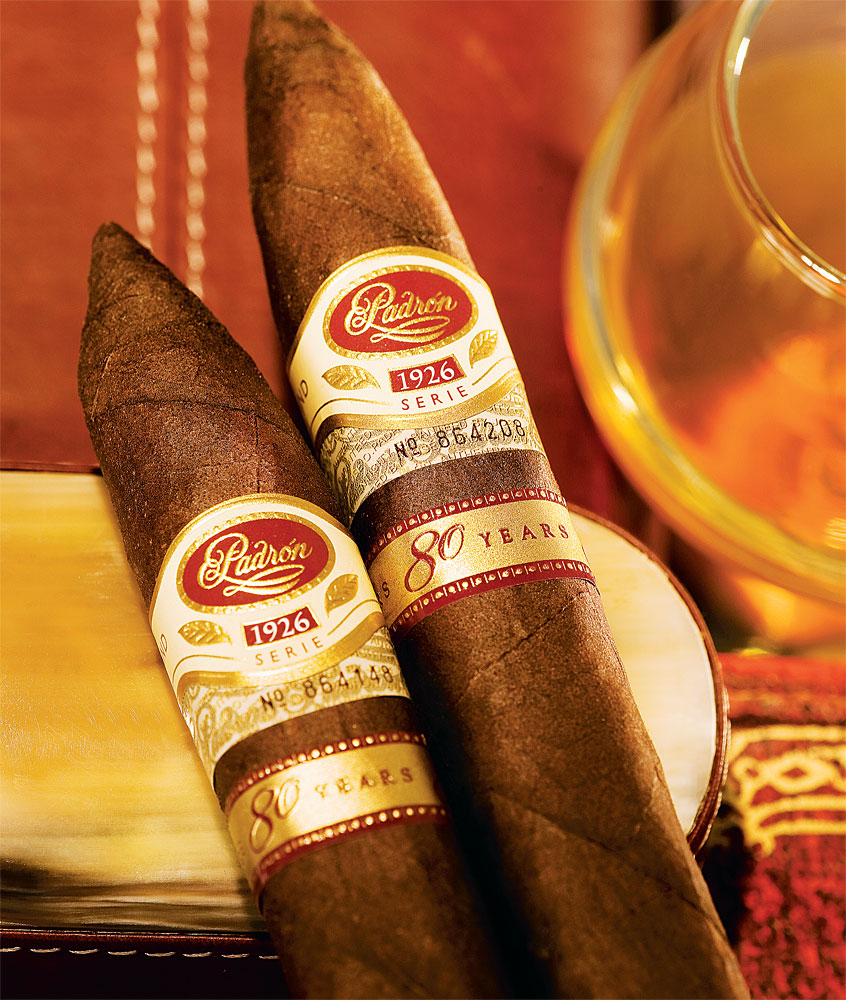 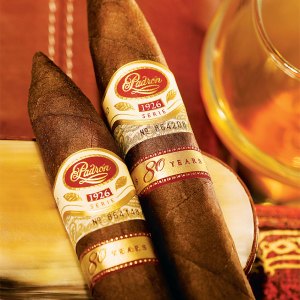 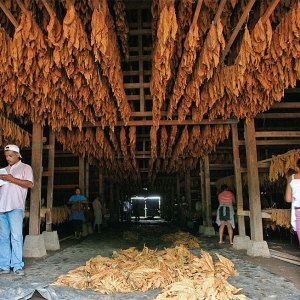 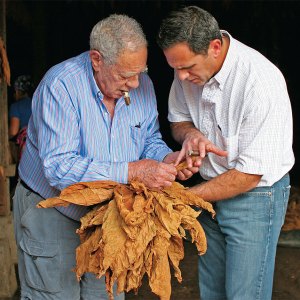 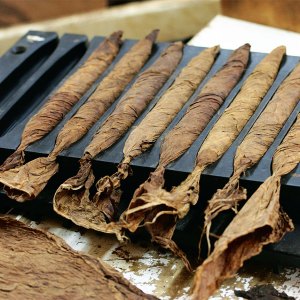 Cigar-making has changed little in the past 150 years. It remains, for the most part, a conservative industry. But even the more staid brands seem as fast-moving as Silicon Valley startups when compared with Padrón Cigars. While most cigar manufacturers introduce at least a couple of fresh formulations each year, new Padrón blends arrive about as often as U.S. presidential elections. Instead of experimenting with recently popular tobaccos from Africa or South America, Padrón uses sun-grown tobacco from its farms in Nicaragua. And the company’s bands and packaging would look right at home in the smoke shops of the 1960s.

How can such a tradition-bound enterprise survive in a business climate that often rewards constant innovation? Jorge Padrón—president of the company and one of two sons and two daughters of company founder José Padrón—addresses this question during a tour of the business’ factory and farms in Nicaragua. “New products and line extensions are intended to get more shelf space in the stores, and to captivate the customers,” Jorge says as he walks through one of the warehouses, inspecting the condition of the aging tobacco. “But we feel that you captivate the customers by producing a quality product. If you have a quality product, why change it?”

As Jorge surveys his family’s operation, the handsome 40-year-old executive attracts no attention, despite the contrast between his business-casual attire and his employees’ T-shirts and aprons. He and his father—an 82-year-old man, with a grave expression but a ready smile, who smokes cigars almost nonstop from the moment he wakes until well after supper—split their time between Padrón’s Miami headquarters and its Nicaraguan facilities, so both are fixtures at the factory in Estelí and at the company’s farms throughout northern Nicaragua. “Our customers know that when we come out with something new,” Jorge says, “it’s not just a gimmick or an attempt to create enthusiasm for our brand.”

This is one of those rare occasions when the company has come out with something new: the Padrón Serie 1926 80 Years, better known as the 80th Anniversary. Padrón had planned to release the cigar two years ago, to mark José’s 80th birthday, but, Jorge says, “it took a little longer than we expected.” The late-2007 introduction is Padrón’s first significant new cigar since 2004, when the 40th Anniversary commemorated the company’s four decades in business.

Each 80th Anniversary cigar is box-pressed into a rectangular profile and tapered at each end to form a perfecto. Padrón has assigned production of the cigar to one particular buncher and one roller, both of whom were selected because they possess the experience and training to overcome the challenges presented by the cigar’s unusual shape. The former collects the filler leaves and sheathes them in a binder leaf, and the latter applies the wrapper.

Although the cigar is priced high, at $30 retail, it contains no exotic tobacco from, say, Cameroon or Ecuador. All of the leaves come from Padrón’s farms in Nicaragua. “It’s simply the best tobacco we have from our 12 or 13 farms—all aged for five years,” José says.

Despite using tobacco from only a single country, Padrón makes cigars with remarkably balanced flavors. One of the company’s many fans is Kendrick Meek, a Democratic congressman from Florida, who has long been a devoted Padrón smoker. “I had my first one 10 years ago,” he reported during a recent visit to Padrón’s Miami office, “and it’s been my exclusive cigar ever since. I began with the original Padrón series, but now my tastes run almost across the board, from the [Padrón series] 5000 to the Serie 1926 to the 1964 Anniversary Series.

“I do an event every September in Washington, D.C.,” Meek continued, “and we have plenty of cigars, but everyone always asks, ‘Where are the Padróns?’ “

Both José and Jorge Padrón say the company can achieve such balanced flavors because Nicaragua yields an ample variety of tobacco. “We have farms in all three main tobacco-growing areas of Nicaragua: Estelí, Condega, and Jalapa,” José says. “Each region produces a different flavor of tobacco, and within each region you have different farms, each of which produces a different flavor of tobacco. Two farms right next to each other will produce different-tasting tobacco.”

The flavors differ primarily because the soils in which the tobaccos grow differ. On the Padrón plantation in Jalapa, a handful of light-brown earth sifts easily through the fingers, its relatively rough and rocky texture mirroring that of the surrounding low mountains. The Estelí area—about a 90-minutes drive from Jalapa on a twisting, livestock-crowded country highway—is covered in dark, dense, lush loam that originated in volcanoes lying to the region’s south. The contrast is as palpable and dramatic as are the differences between the soils of Colorado and Mississippi.

The sun-grown leaves that swath all Padrón cigars are dark enough to intimidate some would-be customers, prompting the question of whether the family is tempted to broaden the brand’s appeal by using lighter-color wrappers. “No,” says Jorge. “Cameroon and Connecticut wrappers are too fragile to hold up to the processing we do.”

For most of the company’s history—which began in 1964, three years after José emigrated from Cuba—Padrón sold most of its cigars in the Miami area, at Cuban cafés and tobacconists, and made some available via mail order to customers in other U.S. locations. Although the brand has grown considerably since Jorge first took the company’s cigars to a trade show in the early 1990s, expansion is not a priority for the family. Padrón counts its total production at about 5.5 million cigars per year; a typical larger brand might deliver four to six times that quantity. “The more cigars you make,” Jorge notes, “the more difficult it would be to make cigars the way we do.”

When asked how Padrón’s tobacco processing differs from that of its competitors, the company founder responds forcefully, “Más tiempo! Más tiempo!” (“More time! More time!”). José refers to the fermentation process, which takes place after the leaves have dried for several weeks in large, airy barns adjacent to the fields.

Fermenting involves stacking bundles of tobacco leaves in pilones—piles that measure a few feet high, a few feet deep, and several feet across. Each pilon contains thousands of leaves. Heat builds up within the stacks as the starches inside the leaves become sugar. When the leaves reach a certain temperature, the pilon is disassembled and restacked; leaves formerly on the outside of the pilon are moved to the inside. Padrón keeps the stacks together longer than other cigar makers do, allowing the piles to reach a higher temperature. According to Jorge, many types of tobacco cannot weather such heat.

Padrón spends más tiempo waiting for the tobacco to reach the higher temperature and rotating the pilones over and over. Fermentation times in most cigar factories are measured in weeks or months; in Padrón’s factory, the process often takes much longer. “We have pilones here that are three or four years old,” Jorge says.

According to Jorge, the additional fermentation dramatically affects the taste of the tobacco. “When you ferment the tobacco for as long as we do, it doesn’t have that bitterness or bite that many people associate with cigars,” he points out. The goal is to produce a flavor that is potent yet smooth, with few if any of the peppery overtones that characterize most heavy-bodied cigars. “When we process our tobacco, we eliminate that spice in the flavor,” he continues. “Often that spicy taste indicates that the tobacco is not fermented to the degree that it needs to be. A cigar that tastes spicy and bitter—that’s not fermented properly—can upset your stomach.”

José draws a culinary parallel to the process. “When you’re curing tobacco,” he says, “it’s like cooking food: You can’t overcook it or undercook it.” Coming from a family that first began growing tobacco in Cuba in the late 1800s, he should know.

Except for the seemingly endless rows of pilones with fermenting tobacco, the Padrón factory appears similar to other cigar-making facilities. Tobacco is sorted, bunched, and rolled by hand; the only machines in use—belted devices that strip the center veins from the wrappers—look as if they date to the early 20th century. At the end of the process, however, true distinctions surface.

Most manufacturers place fresh-rolled cigars into capacious cedar-lined aging rooms for one to six months. In these rooms, the flavors of the various leaves used in the cigars mingle and mellow. In the Padrón factory, however, the room in which cigars are stored after rolling is no larger than a walk-in closet, with space only for about a day’s worth of production. It does not have to be roomier because Padrón sorts, packs, and ships all of its cigars shortly after rolling them.

“The tobacco in our cigars is already fermented and aged when we roll it,” Jorge says. “It doesn’t need to be aged any longer. One advantage of this is that the flavor of our cigars doesn’t change much after you buy them.” At this point, to my surprise, he reveals that all of the many cigars I have smoked during my visit to the factory were rolled only a few days before—yet the taste yielded no clues that the cigars were recently assembled.

Most cigar makers, in addition to procuring tobaccos from a variety of sources, sell tobacco and finished cigars to other companies. Not Padrón. “We don’t buy tobacco, we don’t sell tobacco, and we don’t make cigars for others,” Jorge says. “It would be especially difficult for us to use outside vendors because our processing takes so long. The longer fermentation requires us to keep several years’ worth of tobacco on hand, so it’s not practical for us to sell any of it. We also limit our production to maintain stability in the blends; we have to have the right types of tobacco on hand at all times to keep the taste consistent. And if the cigars do not turn out as we expect, we don’t sell them.”