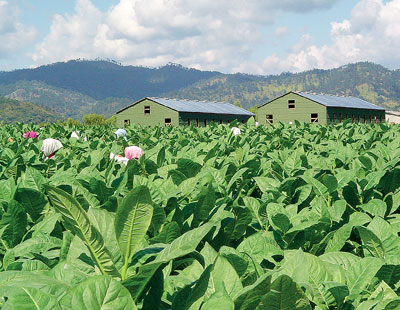 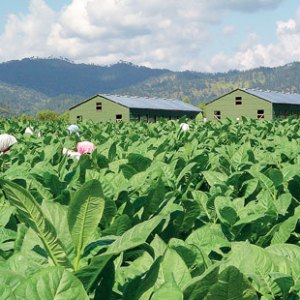 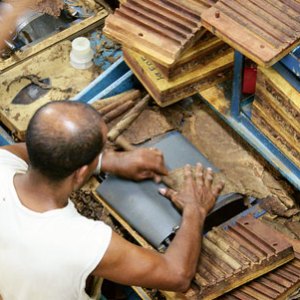 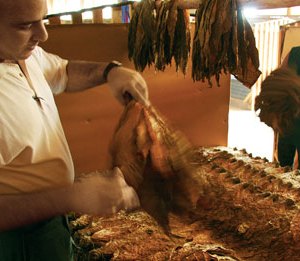 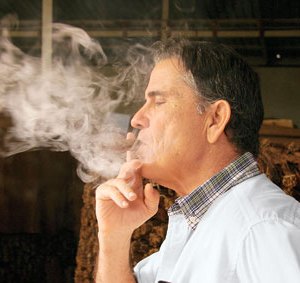 Every accomplished manufacturer one day must address the issue of tradition versus trend. Should the company continue the practices that have contributed to its success, or adjust its formula to cater to changing tastes? At the Danli, Honduras, factory of Caribe Imported Cigars, company president Christian Eiroa and his father, founder Julio Eiroa, are debating this very subject in crisp, Central American–accented Spanish. When asked moments later about the particulars of their discussion, Christian replies with a smile, “He said subtle; I said powerful.”

The popularity of cigar shapes, sizes, and tastes follows patterns as fickle and unpredictable as shifts in clothing styles and television programming. For Christian, who resides in Miami and directs sales and distribution for Caribe’s seven brands, tracking and addressing these trends is an essential task. He believes that the heavy-bodied flavor that many smokers now favor represents not only a business opportunity, but the identity of Caribe’s flagship brand, Camacho, which is known among aficionados for its particularly intense Corojo cigar. But Julio, who has supervised tobacco growing and cigar production in Danli since emigrating from Cuba in 1960, considers the latest trend a negation of decades of refinements in tobacco blending. “When I smoke a strong cigar,” he says, “I start sweating.”

The elder Eiroa samples as many as 20 cigars per day (frequently smoking just the first inch to gauge the quality of the blend), but he limits his Corojo intake to about two per week. “If I smoke one in the morning, I’m shot for the day,” he explains. “Heavier cigars can be good, but for me, they’re hard to smoke.”

Listening to the Eiroas present their contrasting views reminds me of disagreements I have had with my father, who prefers traditional, milder cigar blends to the intoxicating thrill ride presented by so many of today’s premium smokes. For the Eiroa family, however, the debate is more than idle chatter. Their preoccupation for the past six months has been the Camacho 2005 Liberty 11/18, a premium cigar that seems destined to become a watershed for the brand. “Our philosophy with Camacho has been to create hard-core cigars for the hard-core smoker, something he will really feel,” says Christian. “In order to build the brand, we have focused on making a great $6 cigar. With the Liberty 11/18, which we’re pricing at $14, we’re taking the same taste concept to a higher level, with a more complex blend and more aging.”

Caribe is unusual among cigar makers because it grows almost all of the tobacco it uses in its cigars. But the Liberty 11/18, which is shipping to dealers this summer, also contains a special, exceedingly rare ingredient: Cuban tobacco exported before the U.S. trade embargo was imposed on that country in 1962. “In the early 1990s, when we bought the Camacho brand, the deal included five bales of preembargo Cuban filler tobacco,” explains Christian. “It was marked ‘DWG Cigar Company, Lima, Ohio.’ Simon Camacho, the brand’s founder, bought the tobacco when DWG went out of business in the 1960s but had never used it. The quality of the tobacco was still very good. Tobacco’s like paper: If you store it in the right conditions, it never goes bad.”

The Liberty 11/18 blend consists primarily of Caribe’s Cuban-seed Honduran tobacco, but each cigar includes some of the preembargo filler. “We’re aging them for six months, which is twice the normal amount,” says Christian, who named the new smokes as a reference to the freedom people have in the United States and to his mother’s November 18 birthday. “When you age a cigar longer, the flavors of the different tobaccos used in the cigar blend together better. You get a smoother smoke and more consistent flavor from cigar to cigar.”

Christian offers me a Liberty 11/18 from among the half-dozen cigar trays covering his desk. Once lit, the cigar produces a commanding aroma. Its taste is slightly lighter than that of the Camacho SLR Maduro, and lighter still than the potent Corojo’s, but the Liberty is more sophisticated in flavor than either smoke, exuding both a chocolaty smoothness and a sharp tang. It is sufficiently heavy to require me to pace myself, savoring intermittent draws as I would sip a single-malt Scotch rather than consuming it lustily as I would a pint of beer.The Liberty 11/18 is distinctive not only in its taste, but also in its shape: The 8-inch cigar bulges slightly in the middle, expanding from a 50 ring size at the tip to 52 in the center. The Eiroas have dubbed this shape pregnantoro. “It’s stronger toward the middle,” Christian explains. “It’s a difficult shape to form, so we have to use our most skilled, best-paid rollers for it.”

The Eiroas plan a presentation for their new smoke that befits its upscale character. Each of the 20 cigars in a box of Liberty 11/18s rests in its own coffin, and in keeping with the Liberty theme, the top of each coffin is decorated with a section of the American flag so that an entire row forms a complete flag. Caribe constructs the coffins and outer boxes (each of which features a complete flag image) at a separate factory near Danli.

Caribe has limited the Liberty 11/18’s production to 30,000. Although some dealers likely will vend the cigars as single sticks, many will reserve the complete sets for their best customers. “I expect some of the dealers won’t even display them,” Christian says.

Christian anticipates that Caribe’s new smokes will be well received among Camacho fans. “We’re known for being a full-bodied cigar,” he says. “When the market started heading in that direction, we were there with the right product—we set the trend. This one will take that to a higher level, because we knew it had to be perfect. Anyone who chooses a superpremium cigar expects it to be fantastic. If it’s not, they’ll never give your brand another chance.”

Christian’s full-bodied philosophy runs counter to the tastes of Julio, but the elder has yielded to his son’s instincts for their latest cigar. “Christian’s the one who has to sell it, so he gets what he wants,” Julio explains. “This one’s good because it’s not as strong as the Corojo. I can only smoke about two inches of the Corojo.”

“Even though heavy-bodied cigars aren’t to Dad’s taste,” adds Christian, “he understands that this is where the market is going. Anyone who has a family business can understand: Sometimes the older generation has to give in to the new generation.”