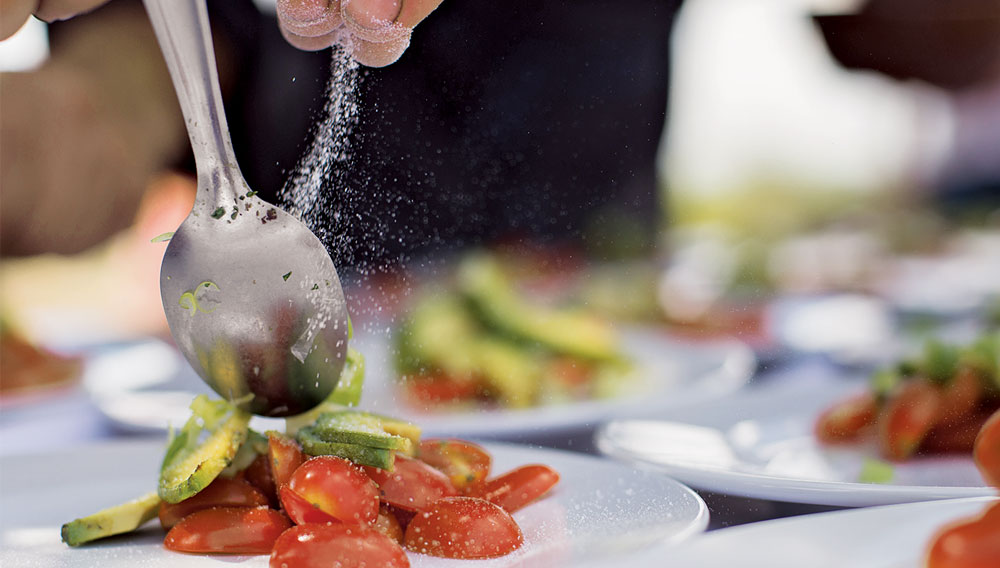 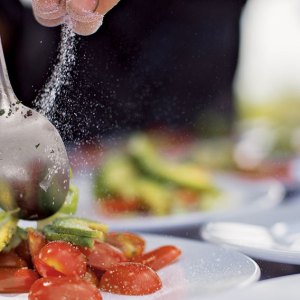 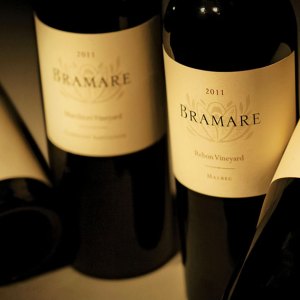 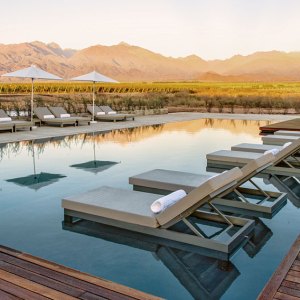 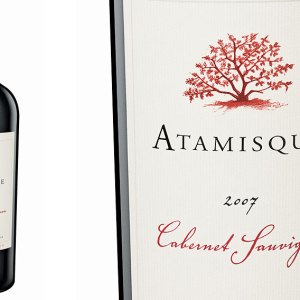 In my first morning at the Vines Resort and Spa in western Argentina, one of the property’s cofounders, Michael Evans, cajoled me into a predawn walk in the vineyards. I was sleepily wishing I had begged off until, glancing west toward the dark wall of the Andes, I glimpsed the full moon dropping out of high clouds and sinking between two peaks. Moments later, the first rays of sunlight struck the snow-covered caps of the more than 20,000-foot range. Evans pointed his camera to capture the honey-colored light sweeping swiftly down the mountainsides and pooling among the rows of vines. “Our first goal,” he said, lowering his lens, “was to make great wine. It turns out that the views are also mesmerizing.”

Seventy miles southwest of the city of Mendoza, the Uco Valley has the highest elevation (between 3,000 and 4,000 feet above sea level) and the greatest variance between daytime and nighttime temperatures (about 35 degrees Fahrenheit) of Mendoza’s three winemaking regions. Its rocky soils have supported wine grapes—mostly Malbec, which became famous in the adjacent Luján de Cuyo—since the early 1800s, but peaches and cherries had almost completely supplanted vines before drip-irrigation technology revolutionized viticulture in the late 20th century. Within a decade of installing drip systems, a few Uco Valley winemakers were crafting Malbec and Bordeaux-style blends that earned near-perfect to perfect scores from top critics. And now the region has completed its transformation into a wine-tourism destination with the opening of the Vines Resort and Spa, which offers suitably appointed accommodations for those enthusiasts intent on forming a more personal relationship with this dynamic region.

The resort is situated in the middle of the valley at the Vines of Mendoza vineyard. Assisted by the top Argentine winemaker Santiago Achával, Evans and his partner Pablo Gimenez Riili discovered the property in 2005 and began planting vines in 2007. In contrast to the typical timeline for new plantings, the vines produced premium fruit from the outset. By the third vintage, Wine Advocate was bestowing scores of 90 points and higher on Vines wines.

Evans and Gimenez Riili also sold vineyard plots (along with their vineyard-management and winemaking services) to more than 130 individuals who wanted to establish their own wine labels for a relatively small investment. (The Vines’ marketing team can work with owners to create their labels and will also set up online stores for those interested in selling their wines commercially.) Achával, one of the first owners, continues to serve as a consulting winemaker, lending to these efforts a level of expertise most garagistes can only dream of. The owners who visit to plant their vines, harvest and crush their grapes, and blend their wines liken the experience to attending fantasy wine camp—an oenological adventure in which more casual connoisseurs can now share. Constructed primarily of natural wood and stone, the resort’s 22 sleek, modernist villas feature floor-to-ceiling windows that frame vistas of vineyards and the towering Andes. Guests literally step from their spacious, contemporary quarters into the rhythms of the Southern Hemisphere’s winemaking seasons.

My visit in late November coincided with the initial fruit set. As I walked the rows with my gaucho (a staff member who doubles as personal concierge and boon companion), the stems were already clustered with tiny green grapes that glistened in the sun. The winery bustled with activity; the fresh, young wines from the March harvest were being readied for bottling. All guests of the resort can join in blending sessions that help sharpen their palates, but because my visit coincided with the blending decisions for the 2013 barrel-aged stocks that will eventually become Recuerdo Gran Corte, the winery’s signature offering, I was invited to sit in on a trial run with the resort’s wine director, Mariana Onofri; the winemaker Pablo Martorell; and Achával.

Although Achával insists that “every wine is a chance to pop the cork and have a party,” he nevertheless took our blending session very seriously. First we sniffed then tasted each of the Malbec, Cabernet Sauvignon, Cabernet Franc, Merlot, Petit Verdot, and Syrah stocks to determine how each might complement the others. After noting that the young Cabernet Sauvignon vines were beginning to express elegance in the fruit, the masters went to work proposing proportions. As we tasted the succession of different combinations that ultimately resulted in a tentative blend, I acquired a new appreciation for the winemaker’s complex balancing act.

The wide variety of grapes that flourish in the Uco Valley distinguishes the region from Luján de Cuyo, where Malbec is the undisputed king. With its colder nights and higher elevation, Uco produces some brisk, aromatic whites from Torrontés and Sauvignon Blanc, but the valley is especially kind to reds. The usual green-pepper nose of Cabernet Franc, for example, gives way to riper red-pepper notes and an elegant tannin structure that helps focus the big juiciness of Malbec. Among the more famous winemakers working in the region are Achával, the California legend Paul Hobbs, and Mr. Bordeaux himself: Michel Rolland, the mastermind behind Clos de los Siete.

On visits to these winemakers and dozens more, the Vines Resort usually sends guests with the specialists Pedro Rosell and Eduardo Soler of Discover the Andes—business partners who are also winemakers, certified sommeliers, and dedicated outdoorsmen. One morning, Soler and I trekked in the foothills of the Andes, which seem suspended between the high peaks and soaring condors above and the green vineyards below. We then visited a couple of wineries where I learned that winemakers in the Uco Valley are generous when it comes to barrel tastings.

At Antucura, which Hervé Chagneau took over from Rolland in late 2010, I found that the present owner has veered away from the heavily extracted super-ripe fruit favored by his predecessor, preferring instead an almost Left Bank balance between elegance and opulence. I had asked to taste the wines in current release, but once Chagneau began explaining his new direction, we undertook a technical tasting of all the wines in barrels (both blending stocks and blends being aged) and those in tanks about to be bottled.

Later, as the sun arced west, everyone at the resort drifted over to the seating area around the expansive infinity pool. Off to one side, the open wood fires of Siete Fuegos—the indoor-outdoor restaurant by Francis Mallmann, South America’s leading chef—began to crackle and pop. Sparks drifted into the growing dark. Servers passed glasses of wine and cocktails, while the sun retreated behind the towering peaks of the Andes as suddenly as it had appeared on my first morning. The sky deepened to a shade of midnight blue, and cooks wrestled a beautifully bronzed whole lamb off a rack by the pit fire, while juicy Argentine beef sizzled on the grill. Right on cue, the sommelier pulled the corks on bottles of old-vine Malbec, and it was time to feast on the manifold flavors of the Uco Valley.

SOME PEAKS FROM THE VALLEY

This is the wine that jump-started the Uco Valley revolution in 1999, when Santiago Achával and Manuel Ferrer purchased a 1925 vineyard located at an altitude of 3,400 feet and containing Malbec planted on its own rootstock. Consistent since the first vintage, Finca Altamira sets the bar for old-vine Malbec in the region. With big, complex fruit and mature and elegant tannins, this wine benefits from being decanted for at least an hour. ($120) www.achavalferrer.com

Antucura’s high-elevation vineyards in Vista Flores were planted entirely with Merlot, Cabernet Sauvignon, Malbec, Petit Verdot, Pinot Noir, Syrah, and Cabernet Franc vines imported from Bordeaux. As made by Michel Rolland until 2010, the flagship Antucura Gran Vin has featured a powerful expression of very ripe fruit. Under Hervé Chagneau, the wine now resembles a first-growth Bordeaux with a big frame furnished by Cabernet Sauvignon and a full body courtesy of Merlot. ($50) www.bodegaantucura.com

The higher organic content of the soils in these vineyards beneath the extinct Tupungato volcano, combined with the slightly warmer nights, tends to produce reds with softer tannins and lower acidity than those farther south in the Uco Valley. This Bordeaux-style blend is usually composed of 50 percent Malbec and 25 percent each of Merlot and Cabernet Sauvignon. At the same price point, Atamisque also makes a bold, concentrated Chardonnay. ($45 each) www.atamisque.com

A collaboration between the California winemaker Paul Hobbs and his Argentine partners Andrea Marchiori and Luis Barraud, this winery produces its top wines (Cobos Malbec and Cobos Volturno, $220 and $240) in Luján de Cuyo. The Rebon Vineyard Malbec from La Consulta in the Uco Valley is a classic Hobbs wine, full of extremely ripe fruit reined in by bold application of both French and American oak. ($75) www.vinacobos.com

This blend of predominantly Malbec, Cabernet Franc, Merlot, and Petit Verdot is evolving year by year to include some Cabernet Sauvignon and more Petit Verdot. Deep color, lush fruit, and spicy tannins suggest vines of much greater maturity than those at the Vines of Mendoza. ($100) www.vinesofmendoza.com