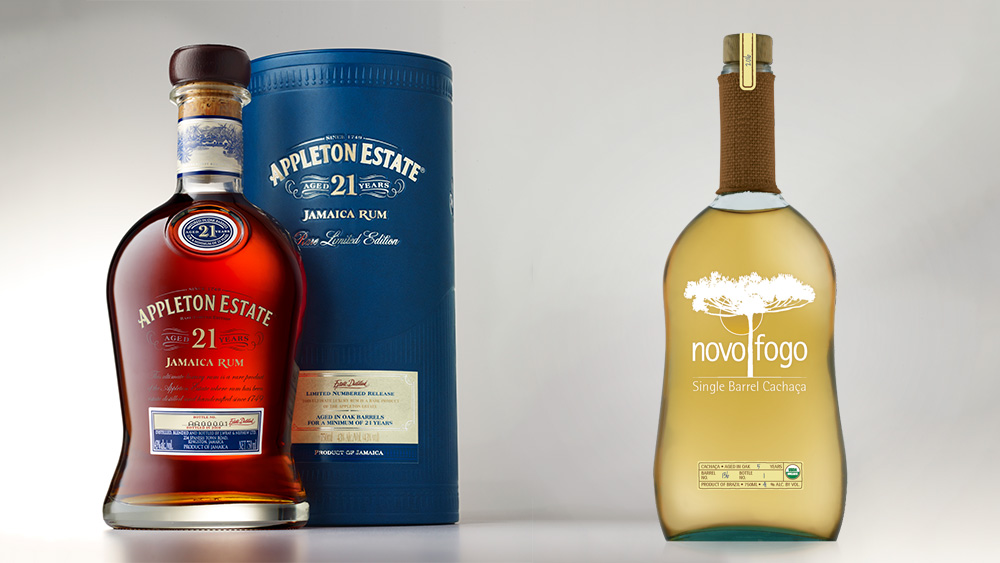 With a medley of mouthwatering flavors that includes dried apricot, baked apple, nutmeg, and Demerara sugar, Appleton Estate 21 Year Old is a surpassingly sumptuous aged rum. Produced under the direction of master blender Joy Spence (the first woman in the world to hold that title), the rum has captured more gold medals than the two next best-known Jamaican exports combined. And that’s quite a feat, considering rum takes a lot longer to finish than either Usain Bolt or the Olympic bobsled team.

But like the old saying goes, variety is the spice of liquor. While you’re as likely to outrun Bolt as you are to find aged rum that’s superior to Appleton Estate 21 Year Old, that doesn’t mean there aren’t options, especially if you’re open to exploring other sugarcane-based potables—like cachaça, for instance.

Cachaça is a product of Brazil and the main ingredient in that country’s signature cocktail, the caipirinha. The key difference between rum and cachaça is that rum is usually made from molasses, while cachaça comes from the fresh-pressed juice of garapa (or sugarcane).

But enough backstory. Here’s the important takeaway: If you love Appleton Estate 21 Year Old, you’re sure to swoon over Single Barrel 136, 5 Years. It’s from Novo Fogo, one of Brazil’s premiere cachaça producers and the undisputed leader of the industry’s sustainability movement. Most barrel-aged cachaça rests in wood sourced from South America, but Novo Fogo’s master distiller, Dr. Agenor Maccari Jr., uses only American oak, which he believes yields a sweeter, smoother, “happier” product. Barrel 136 comes correct with plenty of sugarcane funk and tropical spice on the nose. That’s followed by a host of taste-bud treats—foremost among them chocolate, orange peel, and cinnamon bread. If you also detect prunes, pecans, and peppers, well, the flavor police aren’t likely to bust you.