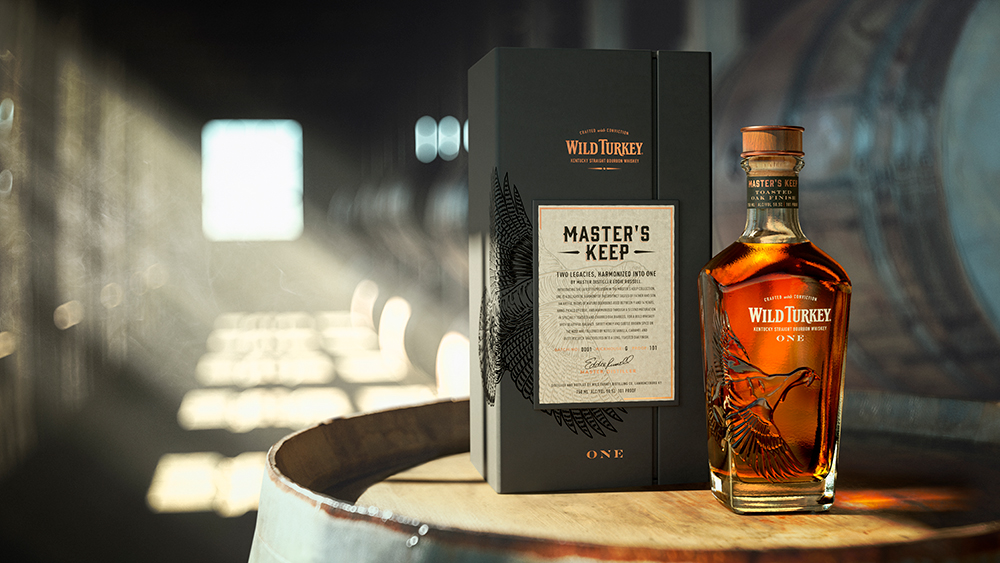 Fall is a banner time for new whiskey releases, from familiar limited-edition annual series to unexpected special one-offs. Distilleries and brands know that many of us turn to brown spirits as the weather gets colder, although you can certainly enjoy bourbon, rye, scotch or any other type of whiskey all summer long. We’ve put together a list of seven hotly anticipated new whiskeys to look out for over the coming months that run the gamut from barrel-proof bourbon to a nearly three-decade-old single malt.

Bourbon fans might be clamoring to find out about the 2021 Buffalo Trace Antique Collection, but details have not been revealed about this hot commodity as of yet. However, we do have some info about this new release from the distillery, Old Charter Oak French Oak, which should be hitting shelves in November as of this writing. The Old Charter Oak series focuses on the effects of different types of wood on the whiskey as it matures, and has included Mongolian, Canadian, Chinkapin and indeed French oak once before back in 2019. The bourbon is made from Buffalo Trace mash bill No. 1, the same one used for brands like Eagle Rare and the flagship Buffalo Trace Bourbon. French oak, commonly used for cognac and wine barrels in France, has a tight grain and imparts the bourbon with notes of fruit, maple syrup and a hint of chocolate.

Elijah Craig is a great inexpensive bourbon from Kentucky’s Heaven Hill Distillery, one that you can sip neat or use in a cocktail with nary a complaint to be found. Whiskey fans got a little ruffled a few years ago when the bourbon lost its 12-year-old age statement, but if that’s a major concern just remember that the barrel-proof version still has it. Of course, we’re talking a much higher ABV than regular Elijah Craig’s 94 proof. The fall release, or C921 (denoting the third batch released in September of 2021), clocks in at 120.2 proof, which is reasonable by the standards of this bourbon that can soar above 65 percent ABV. And fans of wheated bourbon stay tuned, because the new C921 Larceny Barrel Proof is on the way, although as of this writing it hasn’t been dumped yet.

Wild Turkey 101 is a workhorse bourbon, affordable and dependable with a proof that wakes you up when you sip. But master distiller Eddie Russell has also been putting together some annual high-end releases over the past few years, including the Master’s Keep series of whiskeys. Past entries have been a 17-year-old, a bottled-in-bond and even a rye whiskey. But this year’s release, the sixth, is simply called One. It’s a tribute to Eddie’s father, legendary former master distiller Jimmy Russell, and also a celebration of their unique styles. Master’s Keep One combines Jimmy’s love of bourbon aged in the sweet spot of eight to 10 years with Eddie’s spirit of innovation. To that end, the whiskey is a marriage of 8-10-year-old and 14-year-old bourbon which was put into new toasted and charred oak barrels for a secondary finishing period.

The only wheated bourbon in the Jefferson’s lineup returns this October as a limited release. A wheated bourbon simply means that wheat is used as the secondary flavoring grain, as opposed to the rye that is typically included in the mash bill. This tends to give the whiskey softer, sweeter flavors—think Maker’s Mark (wheated) versus Bulleit (high rye), for example. This bourbon is aged for at least four years in traditional warehouses, then spends time on specially built rickhouses on ships that traverse the oceans. The point is for the briny air, humidity, temperature fluctuations and stormy seas to help accelerate and augment the natural interaction between the whiskey and the wood as it cruises the oceans. We’ll leave it up to you to decide if this is gimmick or legit, but the resulting whiskey is worth trying.

This is the ninth edition of Bruichladdich’s high-end Black Art whisky, a series of extra-aged vintages that are matured in various cask types. This 29-year-old 1992 vintage is head distiller Adam Hannett’s fifth release, and as is always the case, he is keeping the barrel makeup a closely guarded secret. What we do know is that this is an unpeated single malt, bottled at cask strength of 44.1 percent ABV, non-chill filtered and no color is added. This whisky, due out 11/1, is expensive with an SRP of $650, but that’s because the liquid comes from the period before the distillery was revitalized and reopened back in the early 2000s. Reps for the distillery say that less than 1 percent of the whisky in the warehouses is currently “pre-Renaissance,” so supplies are limited. Look for notes of coconut, brown sugar, tobacco and dried fruit on the palate of this nearly 30-year-old whisky.

Utah distillery High West has been tinkering with the makeup of its whiskeys incrementally over the past few years, using a percentage of its own house-distilled rye along with the whiskey it sources from MGP. While the proportions are not revealed, this year’s limited edition of A Midwinter Night’s Dram, Act 9 is made up of rye aged between five and six years from MGP (95 percent rye, 5 percent malted barley) and rye between four and nine years old distilled at High West (80 percent rye, 20 percent malted rye). The gist of this release is that it’s the distillery’s flagship Rendezvous Rye that has spent time finishing in French oak ruby and tawny port barrels for between one and two years. This balances the rye spice with rich dried fruit and syrup notes, making this an excellent warming whiskey to enjoy throughout the colder, darker months.

The annual release of Angel’s Envy Cask Strength is a welcome moment in the whiskey world each fall, as the cask-finished bourbon becomes available at the Louisville distillery and around the country. This is the same bourbon as the flagship, aged for about six years and then finished in French oak port wine barrels for three to six months (until the team decides it’s ready). But this expression is not watered down to 43.3 percent; instead it’s bottled at the proof at which it leaves the barrel. Of course, this varies from year to year and details about the 2021 expression have not been revealed yet. But when this tenth edition of Angel’s Envy Cask Strength arrives this November, whiskey fans will likely be just as excited as in past years.