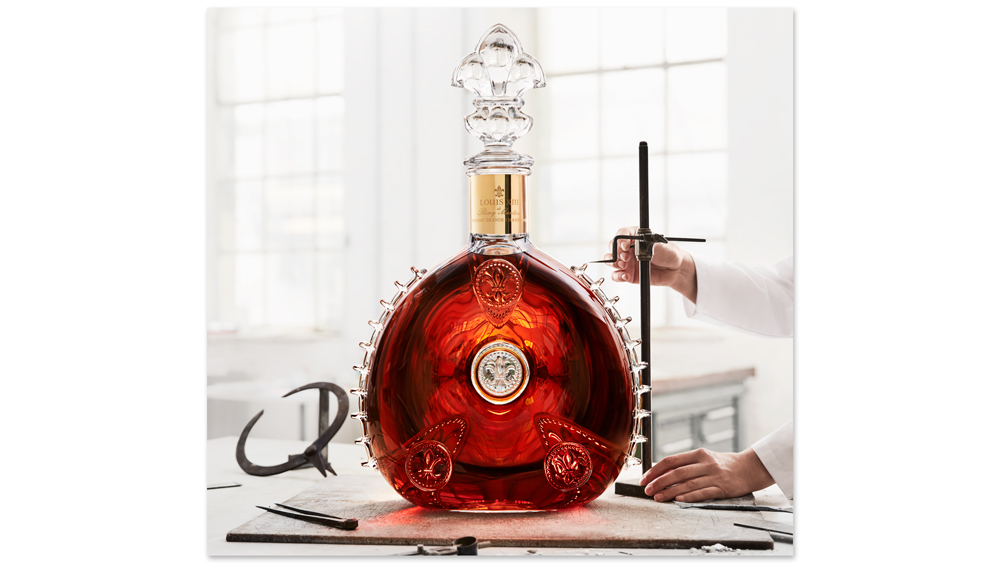 There’s no such thing as too much Louis XIII Cognac. Created from a blend of more than 1,200 Grande Champagne eaux-de-vie aged up to 100 years, “Louie Trez,” as it’s called, is one of the most highly regarded and desirable

Cognacs in the world. The brand dates back to 1874, but the history of the distinctive Louis XIII decanter goes back much farther to a metal flask found at Jarnac, the site of a 16th-century French battlefield. Rémy Martin has released other large-format bottles for Louis XIII—from 1.5-liter magnums to 3-liter jeroboams and 6-liter mathusalems—in limited editions. Now, for the first time, the company is introducing a special, one-of-a-kind Salmanazar decanter.

Containing 9 liters of Cognac—equivalent to about 12 standard bottles—the Louis XIII: Le Salmanazar ($450,000) is based on the classic Louis XIII decanter. The Salmanazar was created in conjunction with Baccarat Crystal, which created the first Louis XIII crystal decanter and has worked on other projects, including the jeroboam. More than 20 craftsmen were involved in the creation of the Salmanazar, which employs more than 33 pounds of crystal, along with a neck decorated with 20-karat gold. It comes in a display chest along with a set of eight crystal glasses, an engraved serving platter, and—to eliminate concerns about how to pour from such a behemoth—a custom-designed pipette for sampling and serving.

The brand specializes in rare offerings, having just released the Louis XIII Legacy last year, with a limited run of 500 bottles. More than 100 years of craftsmanship from generations of master blenders went into the making of that Cognac.

A limited edition of exactly one Louis XIII: Le Salmanazar will be available for private viewing by appointment at the Louis XIII boutique at the Beijing SKP luxury shopping mall. American would-be buyers can rest assured that Louis XIII will work to coordinate shipping to the States.