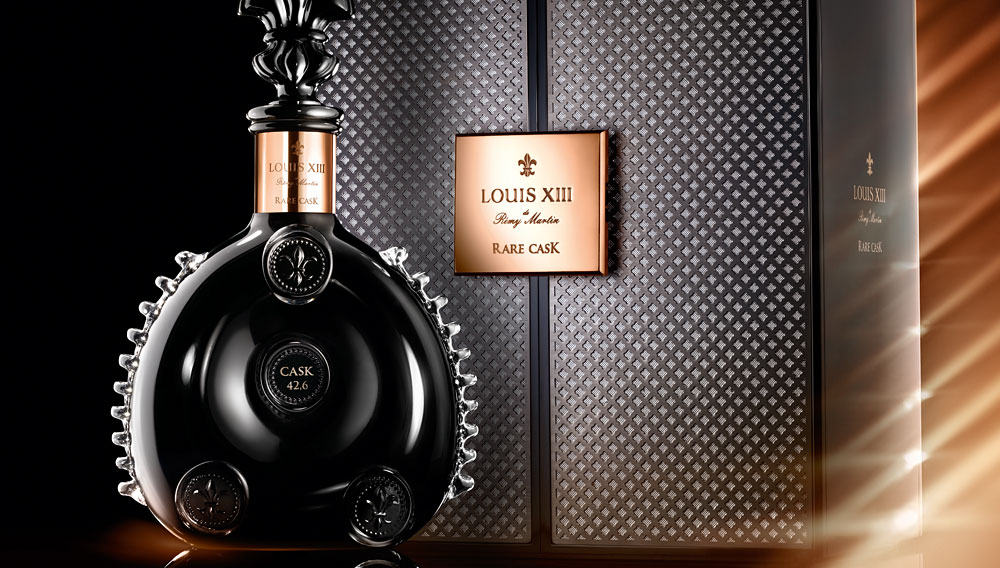 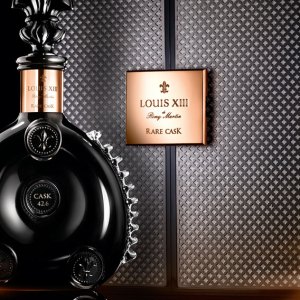 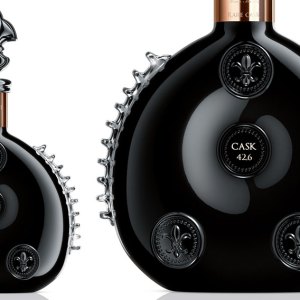 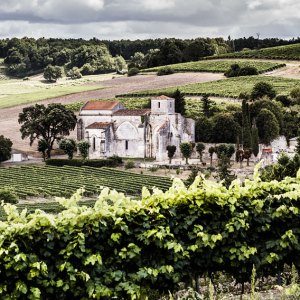 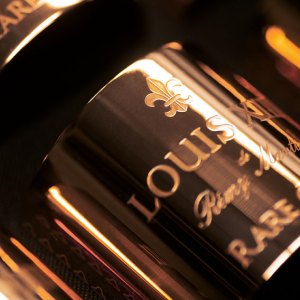 Rarely in the world of Cognac has history repeated itself so dramatically as with the discovery and introduction of Louis XIII Rare Cask 42,6, for this is only the second time in the 139-year history of this prestigious double-distilled wine that a single-cask offering—rather than a blended Cognac—has been released.

Traditionally, Louis XIII is created by the judicious blending of 1,200 different Grande Champagne eaux-de-vie, ranging in age from 40 to 100 years. But in 2004, Rémy Martin’s cellar master, Pierrette Trichet, found a tierçon so rare and unusual in aroma and bouquet that she designated it as a single, unblended Cognac, which became known as Rare Cask 43,8. The numbers refer to its percentage of alcohol by volume, which translates into 87.6 proof—a noticeable deviation from the 80 proof of the classic Louis XIII.

Due to evaporation, there was only enough of Cask 43,8 to fill 786 Baccarat decanters, each of which was cast in black crystal and accented with a palladium neck collar to differentiate them from the clear Baccarat crystal and 22-karat-gold collar of the traditional Louis XIII decanters. Naturally, they quickly sold out.

But then, in the autumn of 2009, Trichet discovered another cask, smaller than most of the others aging in the vast Rémy Martin cellars, that was just as unique, but in a different way. The next day, as she was walking in the fields along the Charente River, she realized what made this cask so special; it was full of the bountiful fragrances of the harvest, including fresh fruits, plums and dates, rather than the earthy mushrooms and candied fruit of the first Rare Cask.

She marked this extraordinary cask with chalk and carefully monitored it over the next few years, until in 2012 she and her deputy cellar master, Baptiste Loiseau, agreed that this particular Cognac had reached its peak. Thus, for the second time in the history of Louis XIII, it was decided to bottle one of the cellar’s rare eaux-de-vie unblended. But partially because of the cask’s smaller size, which results in faster evaporation and a higher percentage of alcohol by volume, the proof was 85.2 (42.6 percent alcohol by volume).

Thus, Rare Cask 42,6 ($22,000) came into being as the second offering in what is now being called the Rare Cask Collection. But because the 532-liter cask was noticeably smaller than the first Rare Cask tierçon of 560 liters, it only yielded enough Cognac to fill 738 individually numbered Baccarat black-crystal decanters. To differentiate this second Rare Cask, the neck band is made of 22-karat rose gold, and the decanter comes in a sliding double-door presentation case that activates a subtle but dramatic LED illumination of the bottle when opened.

Rare Cask 42,6 is slightly deeper in color than Rare Cask 43,8, and even with its complexity of flavors, it is a much gentler Cognac. The first aroma is of dried fruits, with a bit of charred toast. Then comes black cherry intermingled with traditional Louis XIII floral notes. A single sip brings almonds, raisins, and figs, with a touch of ginger and cedar, and a caress of smoke in the long finish. Indeed, this is not a Cognac to be rushed.

“Let us not forget,” says Yves de Launay, vice president of prestige brands for Louis XIII/Remy Cointreau USA, “Louis XIII takes a century to produce”—referring to the 100-year-old eau-de-vie that makes up a portion of the classic Louis XIII blend. “Louis XIII is larger than us. It represents over four generations of cellar masters, and because of that, we need to take the time to properly appreciate it. The complexity, the different layers that are all intermingling, is quite frankly overwhelming.”

As to the possibility that another highly individualistic cask of eau-de-vie may be lurking somewhere among the 200,000 tierçons aging in the Remy Martin cellars, Trichet is philosophical. “Every year I personally taste every single tierçon and mark with chalk when I find any that has a different personality so that I may follow its evolution,” she says. “So yes, I may be able to find another. But I have no idea when, or if, or how it is going to happen.” But that will at least give us something to look forward to. (www.rare-cask.com)