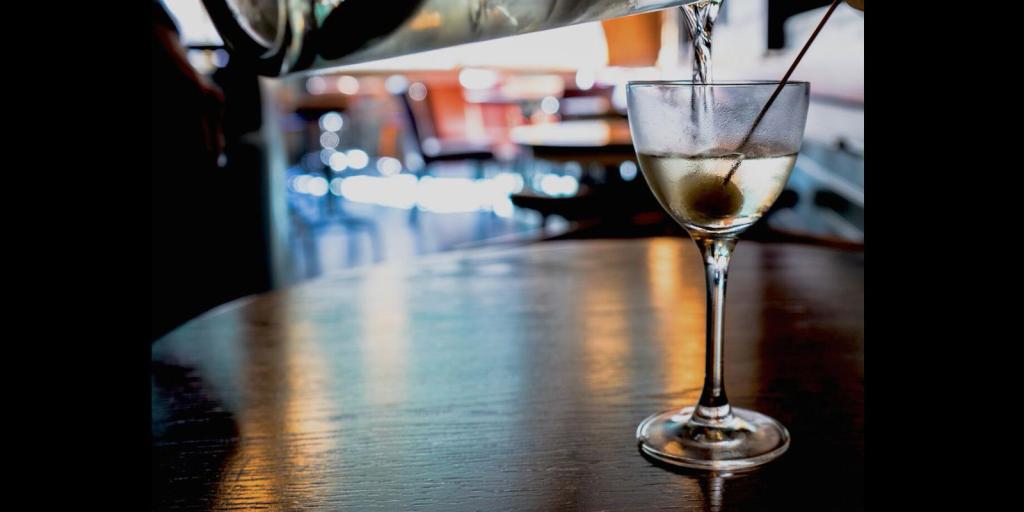 two at the very most.

After three I’m under the table,

after four I’m under my host.”

The famed literary wit Dorothy Parker may not have invented drunken bad decisions, but she sure summed them up perfectly. Most people fond of a good, stiff drink have imbibed a bit too much on occasion.

That’s a contributing factor to why, over the last few years, we’ve seen a paradigm shift on cocktail menus far and wide to include lower-proof cocktail choices—drinks based on fortified wines such as sherry or vermouth, or lower-proof spirits, rather than the high-octane ones (think vodka, gin, whiskey) we’re used to. Some people want to go out, have a few and be social, and not wake up in great pain the next day.

The other reason is an increasing appreciation for the aperitif. “Millennials are embracing the wanderlust mentality and traveling more frequently. This includes visits to countries like Italy and France,” says Pamela Wiznitzer, creative director of the cocktail bar and restaurant Seamstress in NYC, where you’ll always find multiple low-proof options. Lower-proof sips are the norm in those European countries, whether taken straight like most Amari, or mixed into a cocktail like the Americano (Campari and vermouth). Travelers who develop a taste for Aperol spritzes during their time in Florence are likely to carry those drinking habits home with them.

Also, there are simply more options available than there were previously. “America is now importing more Amari, sherries, vermouth, cordials, and liqueurs than ever before,” Wiznitzer continues. “With the increase in options and quality products, it intrigues drinkers.”

Today, we’re seeing not only dedicated sections of low-proof drinks on menus around America, but also a real showcase of experimentation. Wander into any cocktail venue worth its liquor license and you’ll find not just simple spritzers but seriously inventive concoctions that feature tons of flavor… with less potential for a hangover.

Unless you have six, in which case you’ll likely still be fumbling for the aspirin as always.

At Wiznitzer’s Seamstress, the C Vidal is a year-round tiki-twist with Amaro Montenegro, St. Germain, Giffard Vanilla, Madeira, pineapple, and lime. It shares the menu with the beer cocktail Cold in the Shadows, which uses Campari, St. George Raspberry, lime, honey, and Anderson Valley IPA.

NYC leads trends, without question, and you can find amazing low-proof, aperitif-style sips all over town. We like Pouring Ribbons in the East Village, where the Murder Country comes full flavor with a base of Palo Cortado sherry and a tiny dash of tequila, and Dante in the West Village, which has a number of low-proof elixers, including the Garibaldi (Campari and the freshly squeezed juice of a whole orange) and the Vermouth Service (Perrier, frozen grapes, and, yes, vermouth).

“We have low-proof cocktails everywhere, but the coolest stuff we’re doing is probably at The Walker Inn,” says Alex Day, co-owner of multiple venues in NYC and Los Angeles such as Death & Co. and Honeycut. “Most menus at Walker have included a riff on wine—a cocktail that drinks and is served like a wine but is composed of low-proof cocktail ingredients. The idea has been to break apart a style of wine, amplify its inherent characteristics, and then reassemble it in a sort of caricature of itself.” The Walker Inn’s Rosé All Day was launched on the Wet Hot American Summer menu; it’s made with watermelon-infused Schuerebe white wine, watermelon tincture, Giffard Pamplemouse, Aperol, sherry, and phosphate. “One of our most popular drinks on the current Alice Waters menu is the Meyer Lemon Aperitif: Lustau Puerto Fino sherry, Dolin Blanc and dry vermouth, Encanto Moscatel Pisco, and orange bitters,” says Day.

What’s far more telling, however, is that low proof has boomed beyond the big towns.

Steva Casey is managing Saturn in Birmingham, Alabama and pouring some low-proof options to educate a beer- and bourbon-loving crowd. “We have a healthy mix of both mild palate-openers and low-proof jams that pack a punch,” Casey says. One of their drinks is a cocktail that’s simply Marsala wine and ginger beer. “We make our own ginger beer and keg it, so it’s a great way to showcase that and give it some alcohol without going directly into an 80-proof or higher spirit. I try to pair flavors with the low-proof spirits that are interesting without being incredibly sweet. Our Bonal Cobbler will have a green curry/carrot shrub and a pinch of salt.” The bar has only been open since May, but already its regulars, according to Casey, “know the staff’s affinity for extending the party by starting your night low and ending high.”