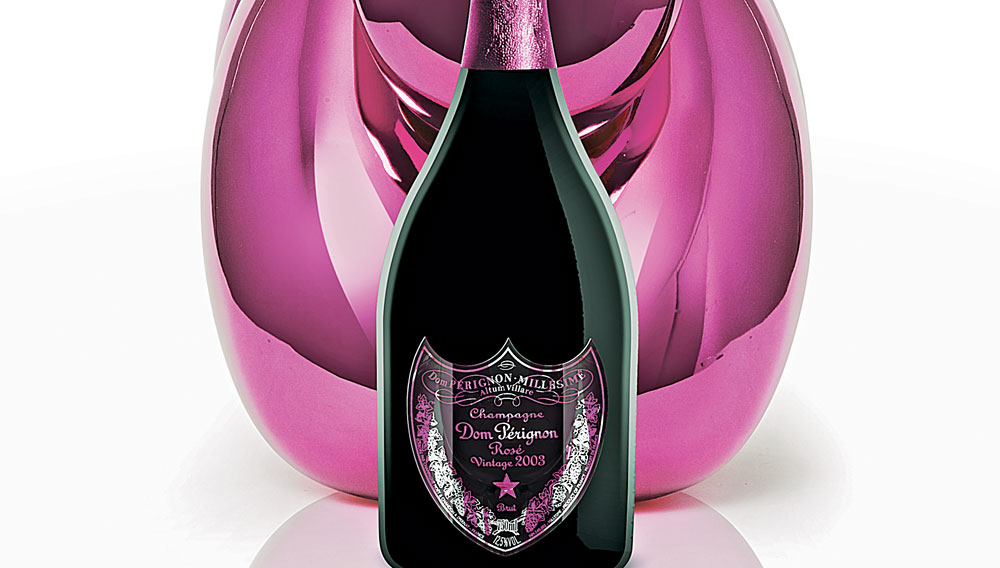 In no field of endeavor is the friction between tradition and innovation more evident than in the making of fine wine; and no label presides more completely over past and future than Dom Pérignon, which has been credited with numerous firsts since 1668, when the Benedictine monk for whom the house is named assumed the role of cellar master at the abbey of Hautvillers near Épernay. Though lore often attributes the invention of Champagne to this gifted friar, his most important contributions to oenology focused on improving the quality and stability of these wines by applying techniques that were radical for the time. He was an advocate of pruning vines to produce small yields and carefully selecting small, concentrated berries for winemaking. He also perfected the process of gently pressing Pinot Noir to produce clear juice from the red grape, and he introduced heavier, stronger bottles to reduce the number of explosions during refermentation.

Today this rich heritage is under the stewardship of Dom Pérignon’s chef de cave, Richard Geoffroy. “In the genes of the brand is the man,” he says, “and it’s about pushing the boundaries. At [the house], there is a tension between the past and the future. Tradition is about pursuing an ideal—an ideal in aesthetics. The ambition—the vision—is our tradition. But at the same time, there is an element of progress, of moving forward when it comes to the technicalities of viticulture.”

Among the house’s most important milestones was the release of Dom Pérignon Rosé 1971, which Geoffroy says set a new standard for that style of wine. “Rosé had been in existence since the 19th century,” he notes, “but that vintage placed rosé at the peak of the pyramid. Some serious winemakers said they never did and never would make rosé; now many of them have followed [our lead].” Currently, Dom Pérignon is accepting preorders for a limited edition of the 2003 Rosé, Balloon Venus for Dom Pérignon (pictured), to be released in September. It is encased in a sculpture by the American artist Jeff Koons.

Yet for Geoffroy, the most significant development at the house since he became chef de cave in 1990 is its Oenothèque program, launched in 2000, which has made available to collectors a limited number of exceptional older vintages from the library. “Age-worthiness is a major criterion in defining greatness in a wine,” he says. “Oenothèque has showcased the age-worthiness of Champagne, which, as a category, is more highly recognized than ever. Dom Pérignon Oenothèque has played an important part in that.” www.domperignon.com