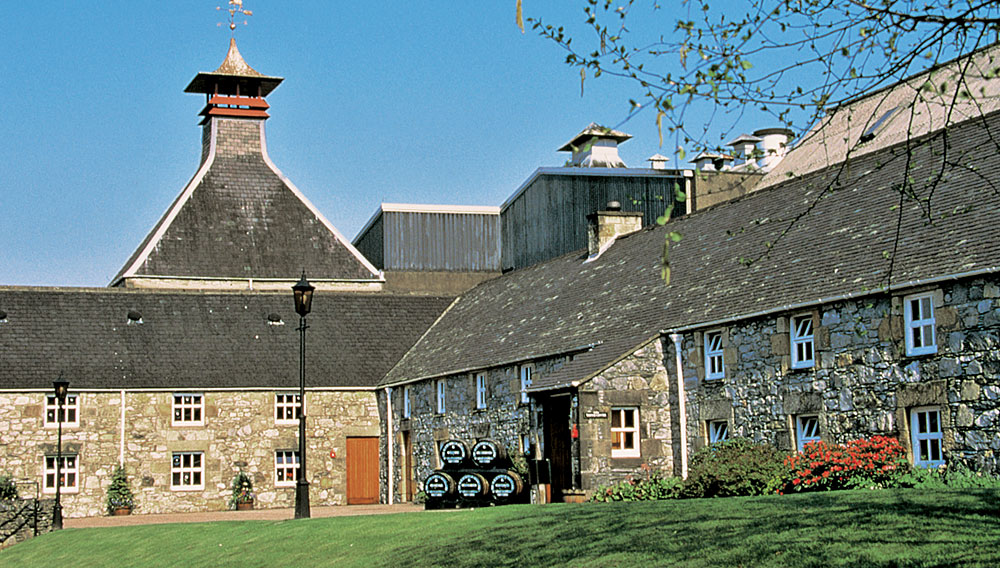 Considering the process for producing Scotch whisky, which is crafted by hand and then aged for years and often decades, it is not surprising that change usually comes slowly to the industry. However, the family-owned William Grant & Sons has consistently demonstrated ingenuity. For example, in 1963 the company became the first to export single-malt whisky outside of the United Kingdom, and in the early 1980s, the master blender David Stewart pioneered the now widely accepted practice of finishing single malts in a variety of barrels.

In 1886, William Grant laid the first stone for the Glenfiddich distillery in Dufftown, in Scot­land’s Speyside region, where he was born. A year later, on Christmas Day, the first trickle of what has become the world’s best-selling single malt flowed from the stills. Grant bought the neighboring Balvenie Castle in 1892 and converted it into his second distillery. Today, Glenfiddich and The Balvenie are among the only distilleries that still grow their own barley, maintain floor maltings, and employ on-site coppersmiths for their stills and coopers for their barrels.

In 1999 the Grant company debuted Hendrick’s Gin, which is made in Scot­land and infused with cucumbers and rose petals. Recently it acquired Tullamore D.E.W. Irish whiskey, adding to holdings that also include Sailor Jerry rum, Stolichnaya vodka, and Milagro tequila. The company now has turned its attention to craft spirits. It is producing triple-blended Monkey Shoulders and has acquired the Hudson Whiskey brand, which is made at Tuthilltown Spirits Distillery in New York. www.grantusa.com