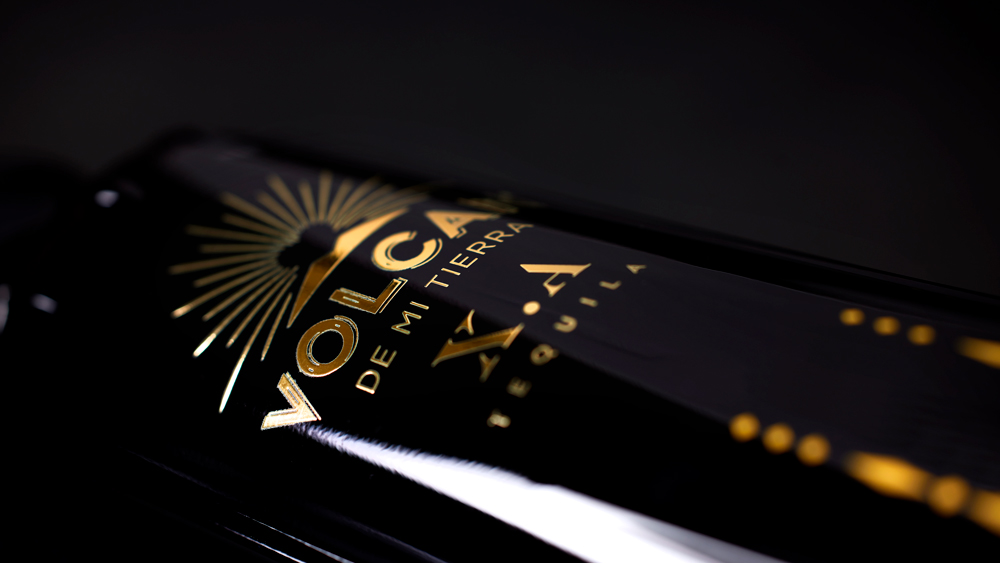 As we reported recently, the tequila category continues to explode in the US, and virtually every major spirits corporation now has a horse in the race.

Wine and spirits conglomerate Moët Hennessy (owner of brands including Dom Perignon, Hennessy and Glenmorangie) launched Volcán de Mi Tierra in 2017. While the brand name had existed for about two decades before that, it was reimagined as a luxury tequila label with blanco, cristalino and reposado expressions eventually making their way to market. And now the latest bottle from Volcán is set for release this summer, and this one is meant to compete with other high-priced, ultra-premium tequilas like Clase Azul and Don Julio 1942.

Volcán X.A (X.A stands for “Extra Ages”) took over 50 different trials to develop, according to the brand, and is produced using three levels of aging for a period of 36 months. What this apparently means is that the tequila is a blend of different ages, and in that regard it “broke the rules,” according to president and CEO of Volcán, Julien Morel. It seems that is why the “X.A” designation is used instead of an indicator like reposado, anejo or extra anejo.

Where the magic happens  Volcan

These bottles won’t be available at retail (at least not yet), instead rolling out exclusively at clubs and restaurants in places like Las Vegas, New York, Los Angeles, Tulum, and Ibiza. “What we created will be scarce by definition,” said Morel in a statement. “Tequila is an appellation which is protected. And the savoir faire, its 300 years of history… We thought that adding to this tradition, we could really leverage the 250 years of expertise on the Moët Hennessy side of blending and aging. And we believe that we could bring something to the world of tequila, and that was our goal for the last five years.”

Volcán X.A was first introduced to the public at a party this past June at Ushuaïa Ibiza Beach Hotel, and will premiere in the US in Las Vegas on July 16 at Zouk Nightclub. According to Morel, one of his main goals in the future will be to keep up with soaring demand. “​​Today, my biggest concern, but also most of my work and biggest job of my team,” he said, “is to accelerate the development of the distillery so we can produce more tequila for the future.”