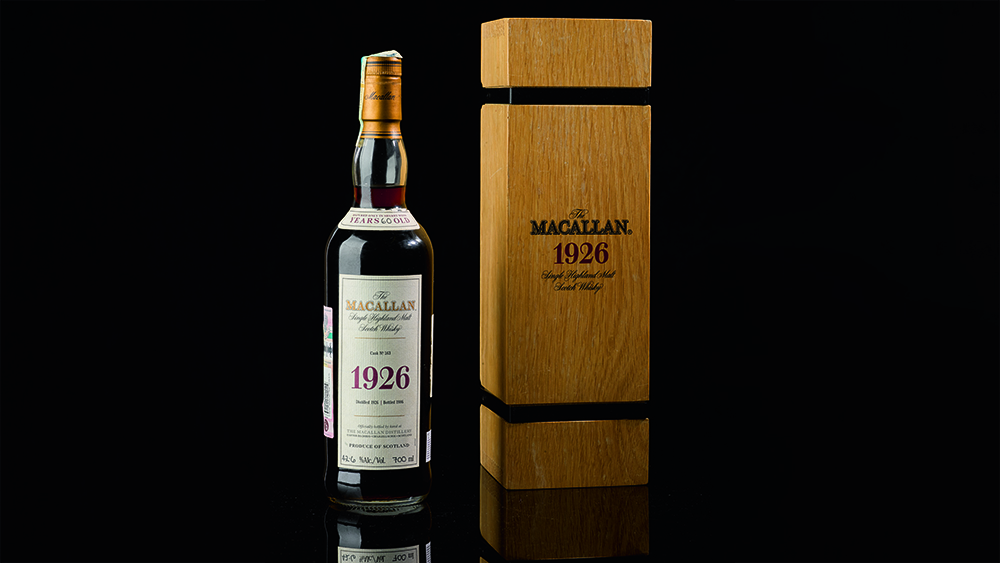 Fall is here and, as the mercury dips, drinkers swap out their rosés for heartier fare like whisky. And if auctions this week are any indicator, collectors are no exception to the rule.

Take, for instance, Sotheby’s estimate-smashing $10 million whisky sale in London on Thursday. The auction saw new records for the most expensive single bottle—claimed for a second time by a bottle of Macallan 1926 60-year-old single malt from cask number 263—and most expensive single-owner collection.

“The electricity in the auction room was palpable,” Sotheby’s spirits specialist Jonny Fowle said of the record-breaking moment in a press release. “There were cheers when the hammer fell on the Macallan Fine and Rare 1926; it one has to be one of the most exciting moments in the history of whisky sales.

The Macallan 60-year-old 1926 propel the rest of the single-owner collection to set a record itself. Collected over the course of 20 years by a private American connoisseur, the 460 bottles of Scotch whisky sold for a combined £7,635,619 ($9,854,530), outpacing its pre-sale high estimate of £4.6 million ($5.9 million) by nearly $4 million. It’s the highest amount paid for a collection of whisky at auction. And it wasn’t just the night’s most expensive bottle that sent bidders from around the world into a tizzy; every single bottle sold and 87 percent of the lots beat their pre-sale estimates.