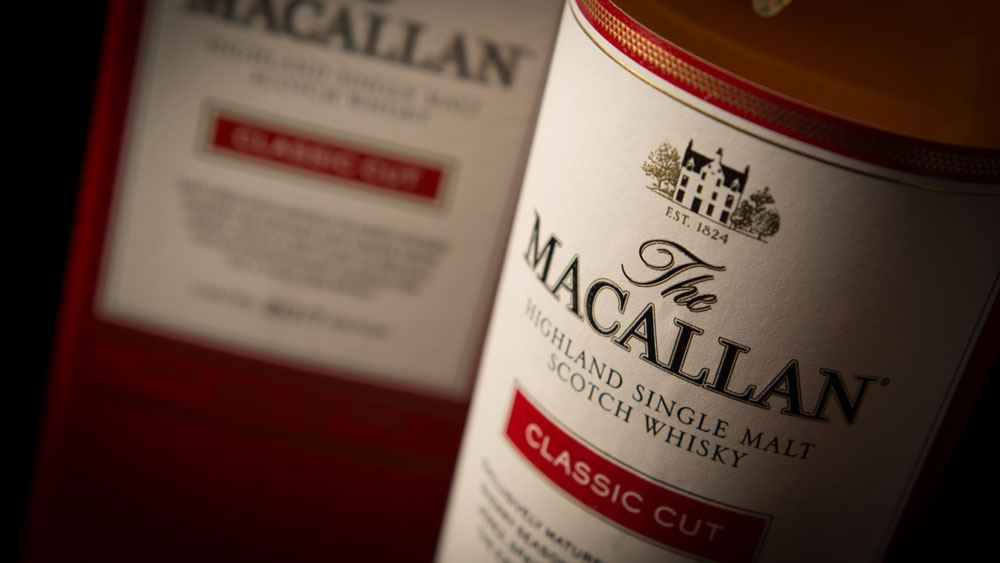 In case you missed out on the previous Macallan Cask Strength limited edition, here is your chance to once again experience a one-off, high-proof, sherry-barrel-influenced single-malt whisky. Some Macallan followers may incorrectly interpret The Macallan Classic Cut ($89) as simply another high-octane version of The Macallan, but the Classic Cut is a different dram entirely, as it does not possess the same intense sherry notes and the color is not as deep—although it is still unmistakably The Macallan. Thus, one can assume that it’s composed of some older whiskies along with a few younger ones. Moreover, this one-time offering is unique in the fact that it is a marriage of whiskies seasoned in oloroso sherry barrels that have been made of both European and American oak, thus melding two distinctive taste profiles of dried fruit and vanilla, respectively.

As a No Age Statement single malt, meaning that it’s a vatting of numerous barrels of varying years, the ages of the whiskies within are not disclosed. However, what we do know is that they all came from the same celebrated Speyside distillery, and they were specifically chosen for the Classic Cut bottling by Macallan’s master whisky maker, Bob Dalgarno, to achieve a unique flavor that will never be repeated; only 90,000 bottles, each labeled “Limited 2017 Edition,” were produced. And, with an alcoholic proof of 116.8 (it doesn’t say cask strength on the bottle, so we can assume this whisky has had a bit of ionized water added to bring it down slightly in strength), this is nonetheless a muscular dram that warrants a cube of ice or a splash of distilled water to tame the boldness even further, in order to reach an approachable sipping level.

The result is a dark, golden-bronze spirit laden with vanilla, toffee, sweet ginger, and oak, with a lingering classic-Macallan dried-fruit finish.