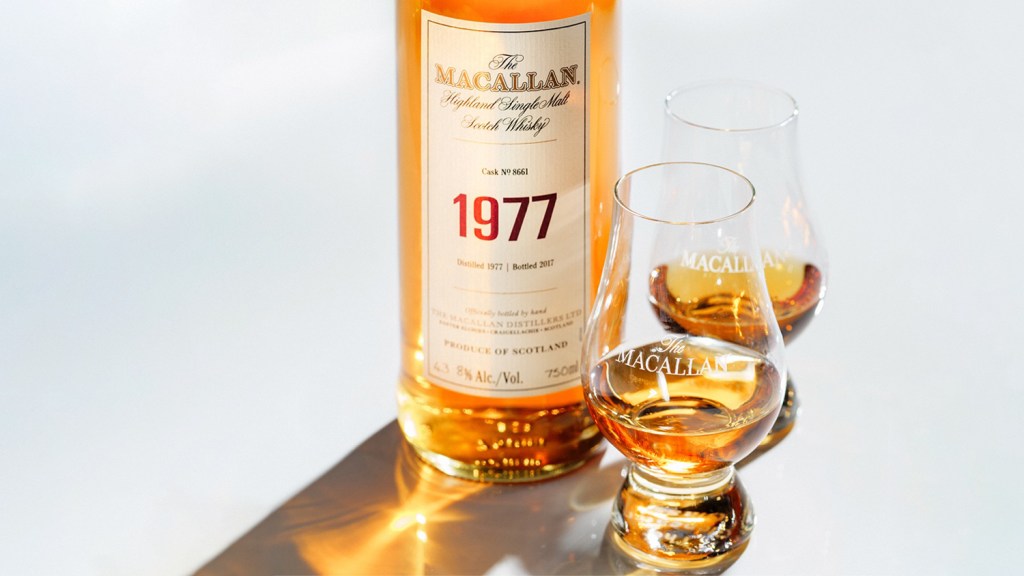 For the past 15 years—ever since the Macallan Fine & Rare Collection was introduced—single-malt whisky collectors and connoisseurs have looked forward to the latest releases of these scarce bottlings. The periodic offerings—numbering slightly more than 50 to date—were created to showcase the very best of the rare, maturing spirits from this Speyside distillery’s warehouses. They have also come to represent some of Scotland’s greatest single-malt vintages. While the brand has released several interesting offerings already this year, the Macallan 1977 Fine & Rare, which has just been made available, is the most notable. This 40-year-old single malt from Cask No. 8661 has resided in an ex-sherry-filled oaken hogshead since 1977, a rare year even for the Fine & Rare Collection.

“The most recent vintage released, prior to this one, took the collection up to 1991,” said Charlie Whitfield, manager of prestige whiskies at the Macallan. “But now we take a few steps back in time to the late 1970s. It is a superb single-cask whisky from a memorable year, when cinema-goers were first introduced to George Lucas’s Star Wars and the world mourned the death of Elvis Presley. But meanwhile, on the Macallan estate, on September 26, 1977, our predecessors had filled one particular hogshead amongst many sherry-seasoned casks, not knowing the fate that lay ahead 40 years later.”

After four decades, and at 97 proof, this whisky still holds onto its classic Macallan style. With an ancient hint of soft peat reflecting the maltings of that time, it possesses classic aromas of citrus, sweet apples, and vanilla, with wood spice and resinous oak from the golden barley that was used by the distillery back then.

And yet, after 40 years of aging, the amount of whisky remaining after evaporation was so finite that only four bottles, priced at $15,000 each, have been allocated for the United States in 2018 (from a total of 151 bottles available worldwide). However, should they be snapped up before others can acquire them—even on the thriving secondary whisky markets—there is still hope, for another four bottles of the Macallan 1977 Fine & Rare collection are rumored to be released in 2019.