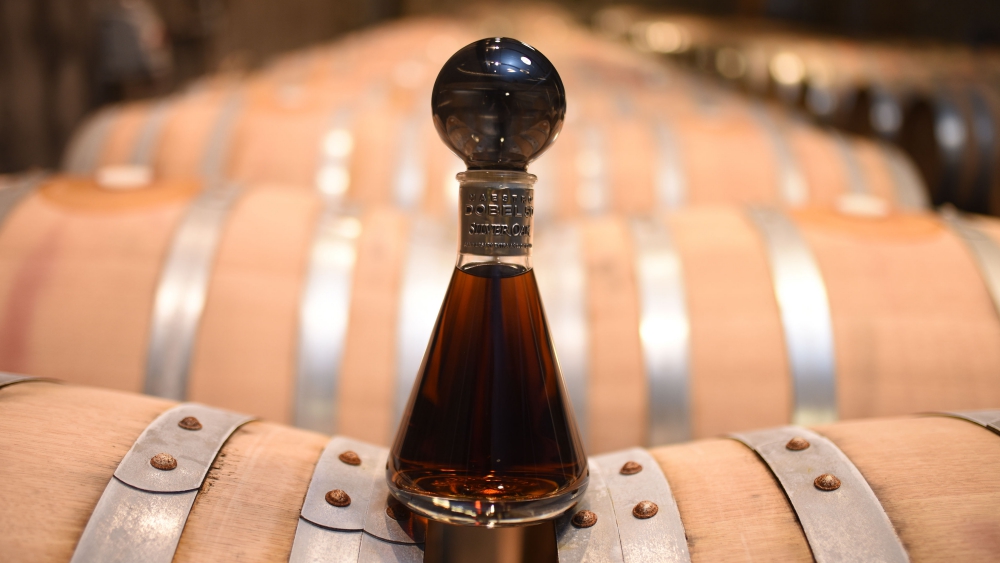 Maestro Dobel is known for bringing the first cristalino tequila to market in 2008 with its Diamante expression, a multi-aged version of this spirit that has been filtered to remove the color. Since then, Dobel has launched several high-end expressions, and the latest is this extra-añejo tequila finished in wine barrels, a collaboration with Northern California winery Silver Oak.

Dobel is owned by Becle, the same company that controls the biggest tequila brand in the world, Jose Cuervo, along with Gran Centenario and 1800. But Dobel kind of stays in its own lane, with a focus on cristalino and luxury expressions. Dobel 50 Silver Oak was created to commemorate the winery’s half century of existence, no small feat in the great, big world of California winemaking. And the Dobel 50 collection overall was created to celebrate founder Juan Dobel’s 50th birthday a few years back.

So why this specific collaboration? According to Dobel, there are some important shared values between the two companies. “Dobel 50 Silver Oak edition celebrates a shared 50-year milestone and captures the flavor profile of one of the best wineries we know while enhancing the smooth agave notes of our most exquisite tequila,” he said in a press release. Silver Oak CEO David R. Duncan views the collaboration as unusual but sees some through-lines. “The connection between wine and tequila is not a usual one, but American oak makes for a natural vessel to explore how these two amazing liquids can influence each other,” he said. “With their focus on generational farming, craftsmanship and innovation, Maestro Dobel made for an ideal 50th anniversary collaboration.”

The Silver Oak expression is an extra añejo that was initially matured in American oak for a minimum of seven years. Then it was placed into Silver Oak Cabernet Sauvignon barrels from the winery’s own cooperage for a secondary maturation period. According to the tasting notes, this has affected the tequila greatly, with notes of citrus, red fruit and dried fruit like figs and dates, as well as the liquid taking on a bright amber color with gold sparkles.

Dobel 50 Silver Oak will be available for an SRP of $1,100, placing this tequila into the pantheon of other recent luxury releases. Bottles should start rolling out across the country in the coming weeks.