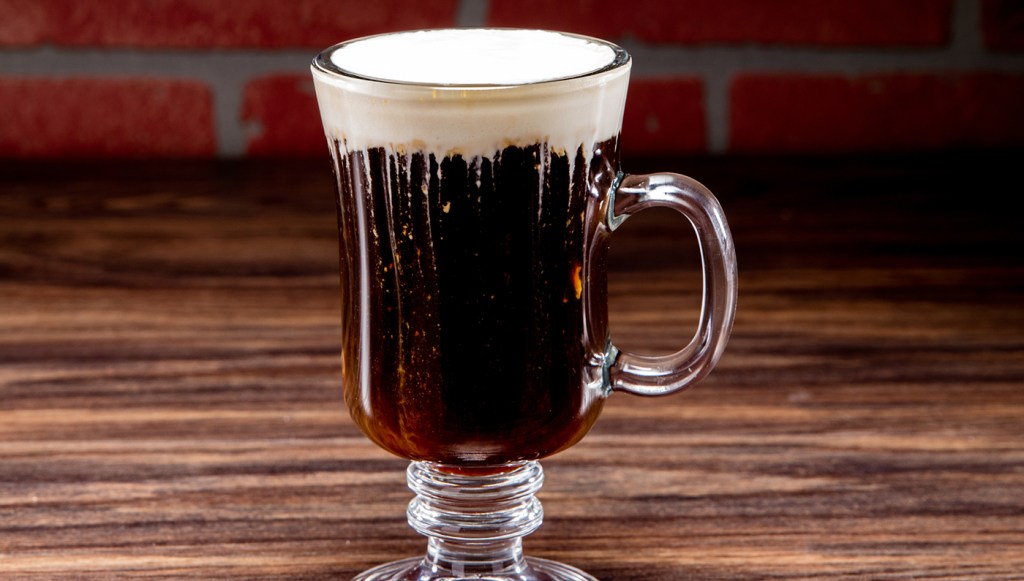 In the three years since The Dead Rabbit bar opened in New York City, it has become a popular watering hole and was awarded the title of World’s Best Bar at the 2015 Spirited Awards at Tales of the Cocktail. The drink for which the bar is perhaps most revered is its Irish coffee. According to The Dead Rabbit, the bar sells up to 200 Irish coffees each night. And so in honor of St. Patrick’s Day, we are spotlighting The Dead Rabbit’s Irish coffee, whose recipe changed on the eve of the bar’s recent third birthday.

Master cocktail expert Dale DeGroff was brought in to make some tweaks and—no surprise—this new version is even more delicious. Making The Dead Rabbit’s Irish coffee does involve a little more than throwing some whiskey into a cup of joe—but not much more. Here’s how they do it.

Note: The Dead Rabbit uses their own house roast of Sumatra coffee, which they offer for sale. We used Birch Carmo de Minas when we tried out this recipe, and we’ll argue it worked really well.

Combine the first three ingredients and pour into a pre-warmed stemmed glass, and top with a thick layer of the hand-whipped heavy cream. According to DeGroff, the cream should sit atop the coffee like the thick head on a pint of Guinness.

To make Demerara syrup, heat (do not boil!) two parts Demerara sugar with one part water in a small saucepan, and stir until the sugar has dissolved.