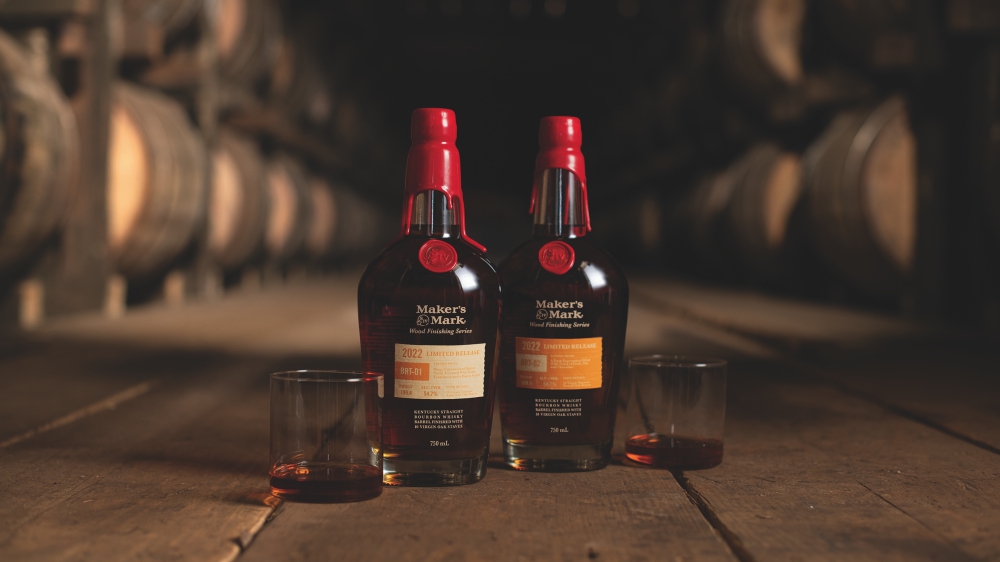 Maker’s Mark just announced the details of its new Wood Finishing Series, and this time it’s about more than the effects oak staves have on whiskey. This time Maker’s is also exploring how temperature differences in a warehouse affect flavor, which likely also has something to do with how thirsty those pesky angels are for their share.

The annual Maker’s Mark Wood Finishing Series consists of limited-edition bourbons that have different types of custom-cooked wood staves inserted into the barrel to alter the flavor of the whiskey. This year there are two bourbons in the series, both finished with American oak staves, but with one major difference—BRT-01 was “inspired” by the hotter top of the rackhouse and is said to have notes of caramelized barrel, toastiness and a warm finish; BRT-02 was “inspired” by the cooler bottom of the rackhouse and is said to have nots of fruit, nuts and chocolate.

Maker’s Mark is one of the few distilleries that hand rotates barrels as they mature in its warehouses. What this means is that these full-sized casks spend three years at the hotter top of the rackhouse (remember, heat rises), and then are moved to the cooler bottom level to slow down maturation a bit. The language here indicates that these two bourbons were not actually necessarily aged in different parts of the warehouse, but instead that the wood finish applied to each was meant to evoke the flavors that are derived from those specific locations.

The Wood Finishing Series is the descendant of Maker’s 46, a core expression that is built around barrel stave finishing. While that whiskey is easy to find, BRT-01 and BRT-02 (both $60) will be limited in availability, so keep your ear to the ground when this arrives because bourbon fans are likely to snap them up pretty quickly.